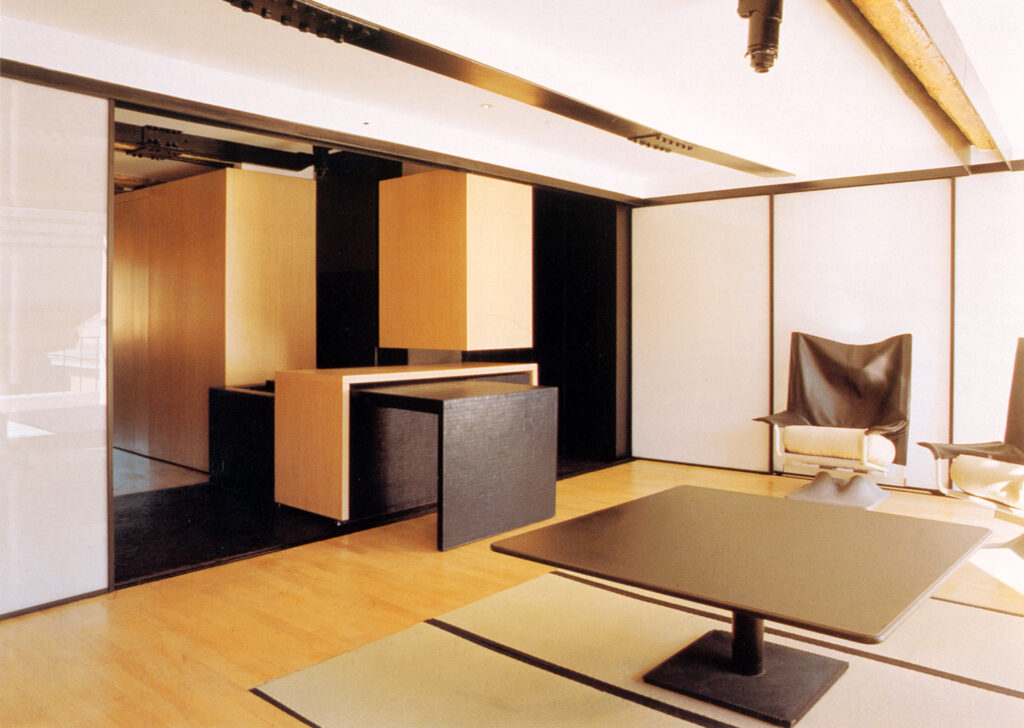 The client for this small apartment in the historic centre of Rome is a young lady working in the fashion industry. She approached the architects with a very clear idea in mind: a Japanese home in the heart of the Eternal City. It gradually became clear that this desire was anything but a capricious whim driven by a stylised fascination for the exotic. On the contrary, it was motivated by the desire for the profound sense of ritual linked to the traditional Japanese home, and the possibility to transform spaces during the different phases of the day as a meter of the emotional state of its inhabitants. This concept assumed the bath as the central space of daily ritual. The mobility of space is articulated around three nodes: the bathroom and dining table block; the block linking the front door with the kitchen counter; the surface in the bedroom with its rotating containers and pull-out bench. Serving and served are distinguished using different materials: a beautiful black glass mosaic for the entrance, kitchen and bathroom and bleached oak for the bedroom and living room. The only visible trace of the layering of historical interventions in this apartment a stone’s throw from the Pantheon are the exposed wood beams of the ceiling, each different from the next, almost a testimonial to the passing of time. Sliding panels articulate space in a playful composition of a potential and constant dynamism that responds to the needs of the moment. The result is a series of Chinese boxes that reveal functions inside other functions. The finished design presented to the client is a program of infinite possibilities, offering her the pleasure of constantly redesigning space. 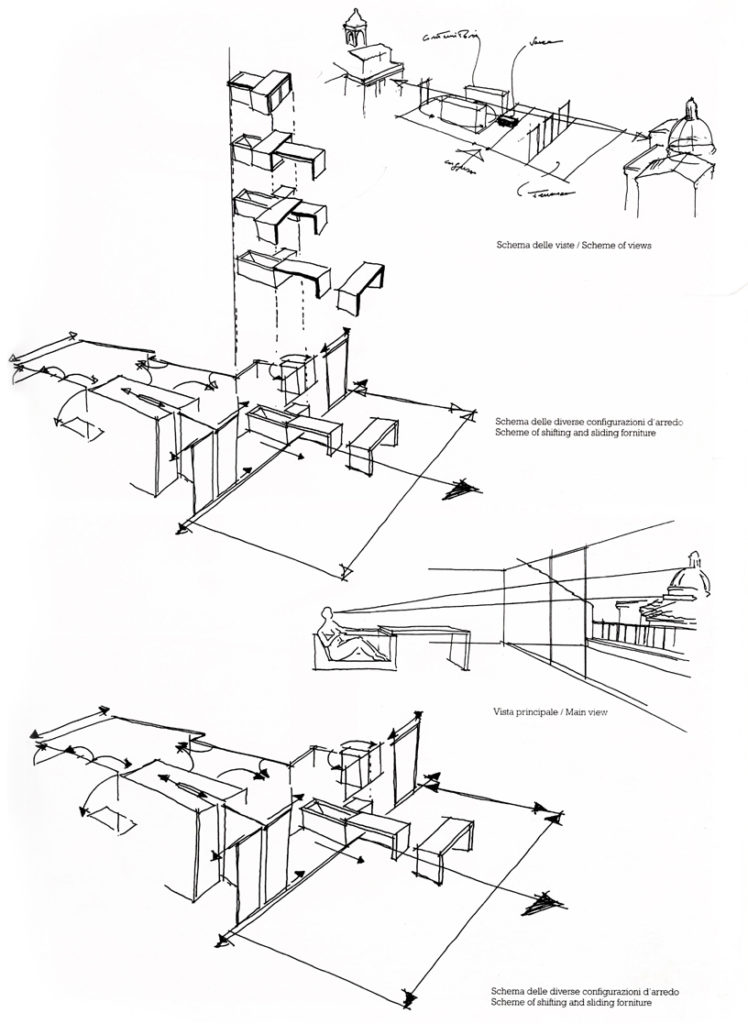 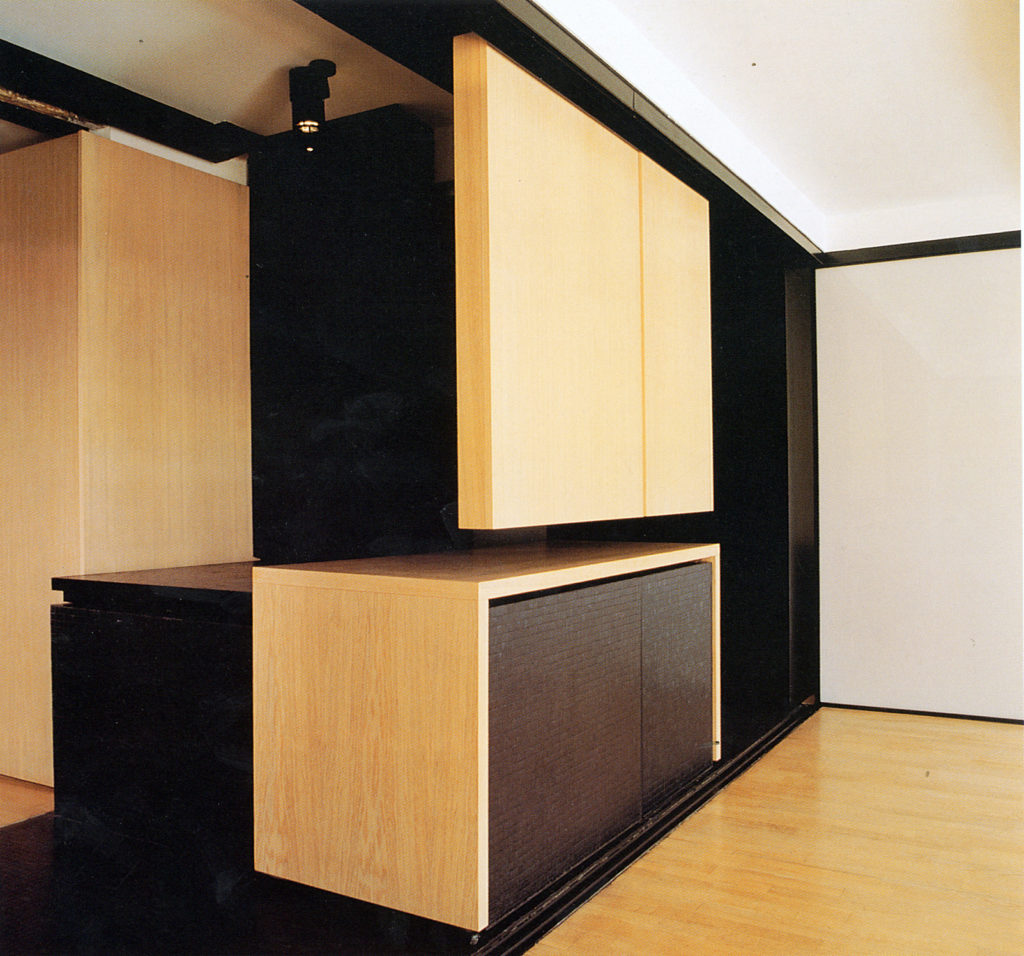 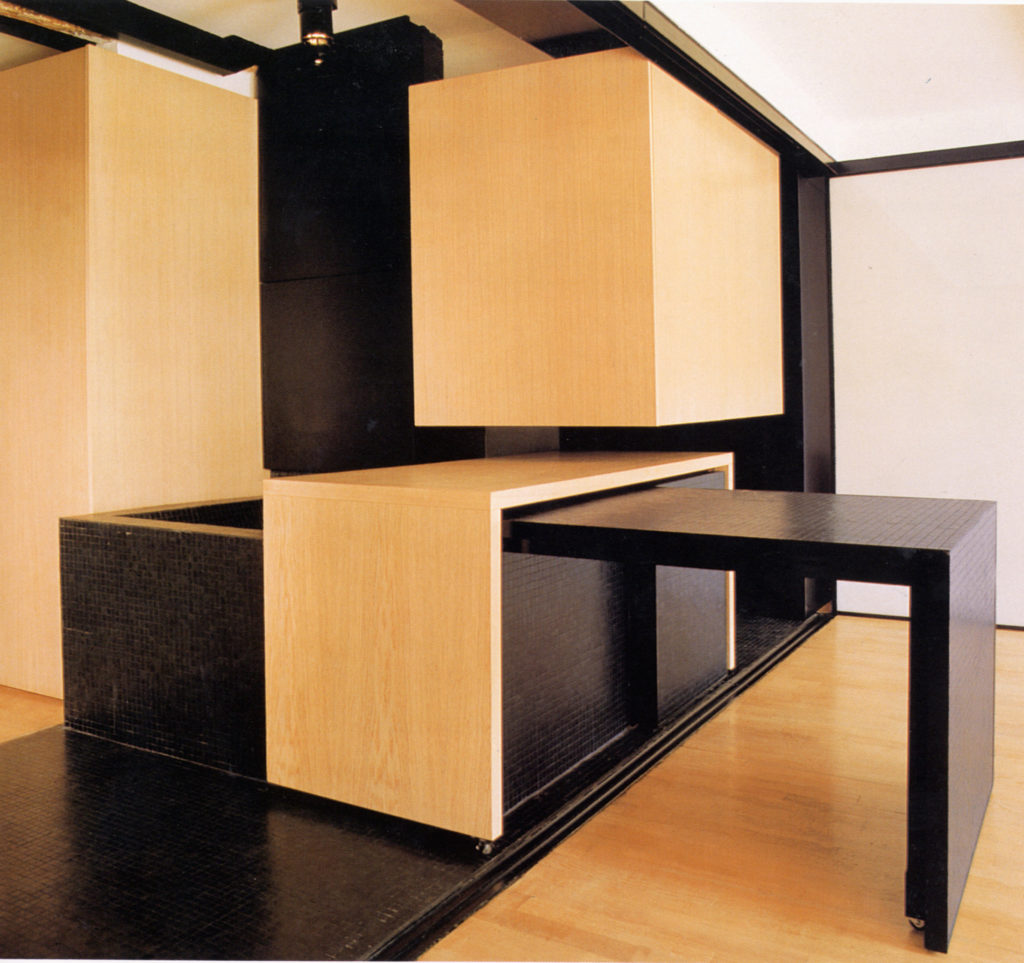 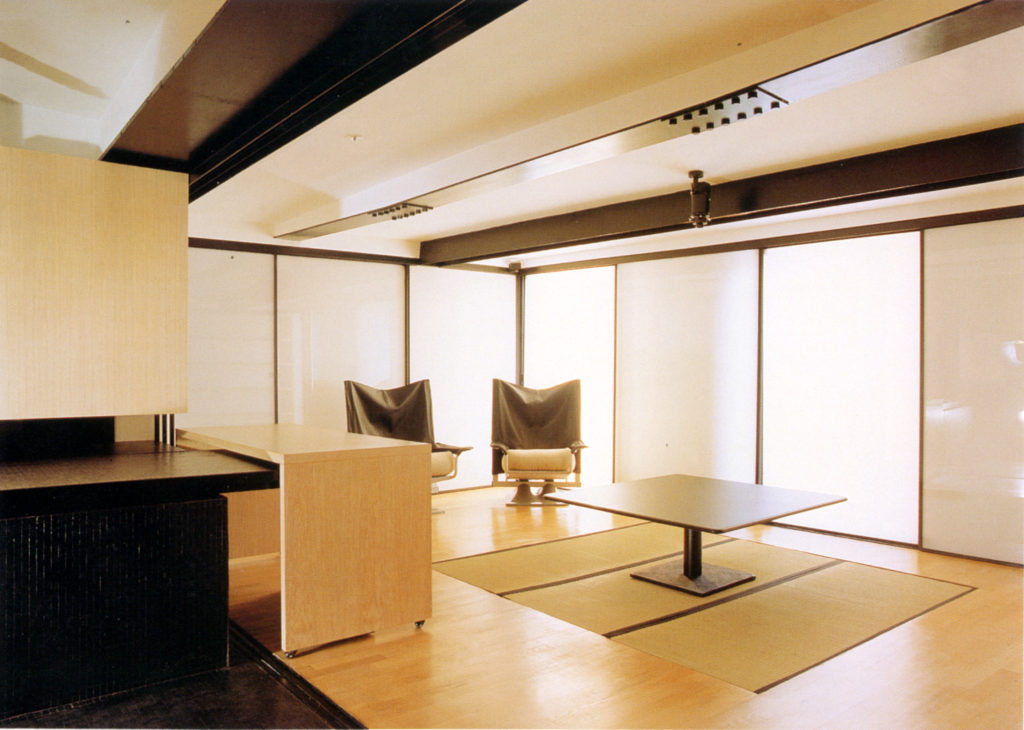 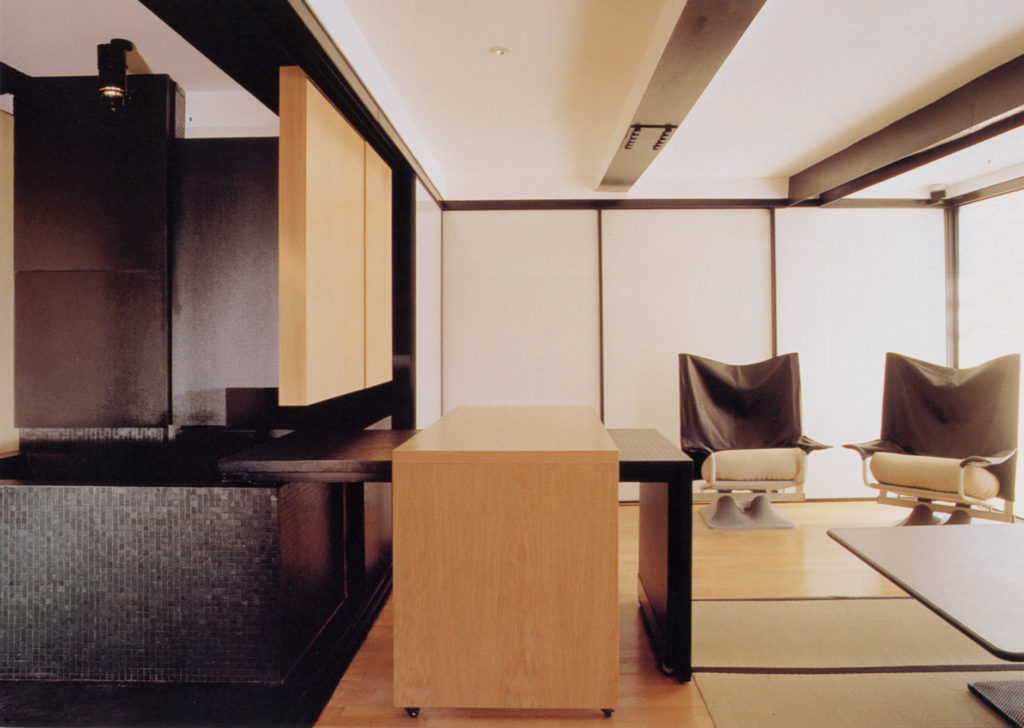 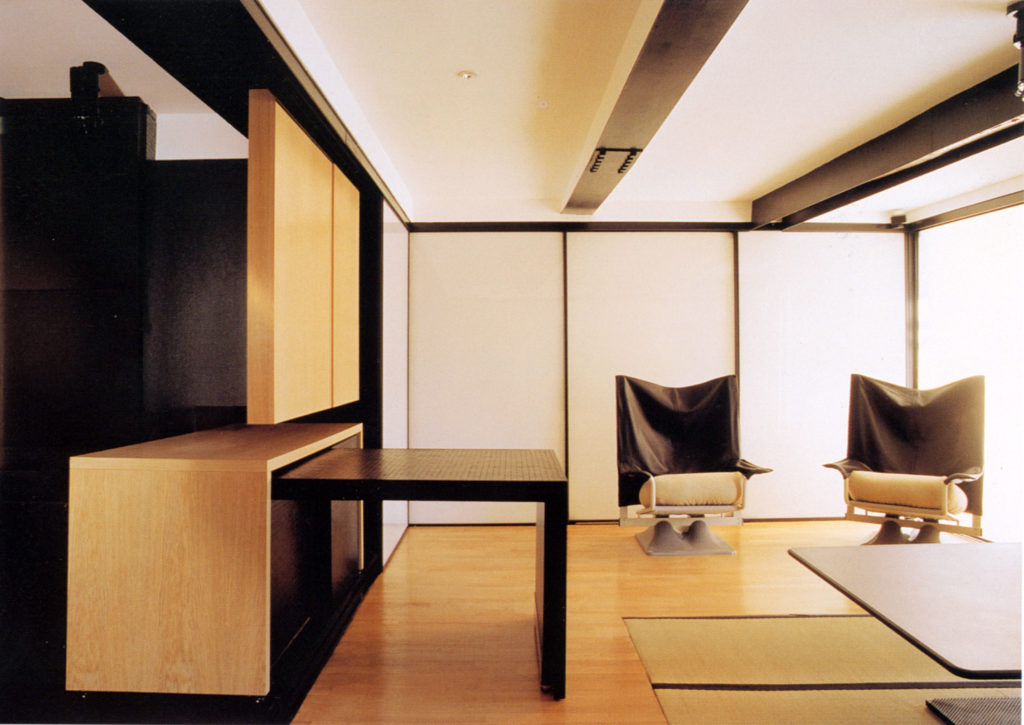 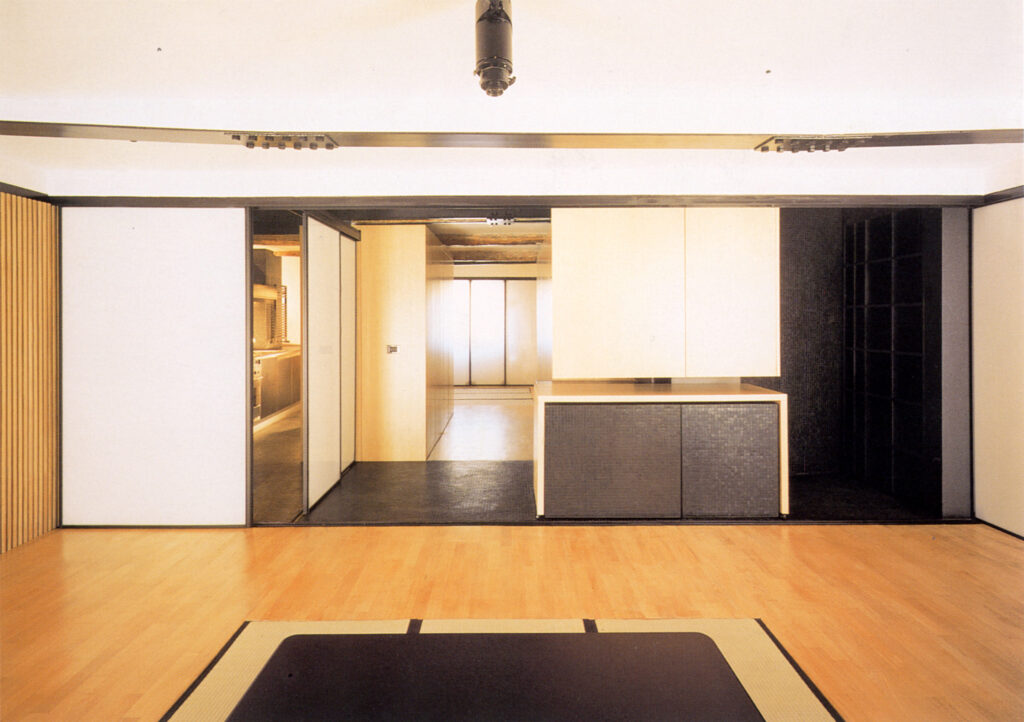 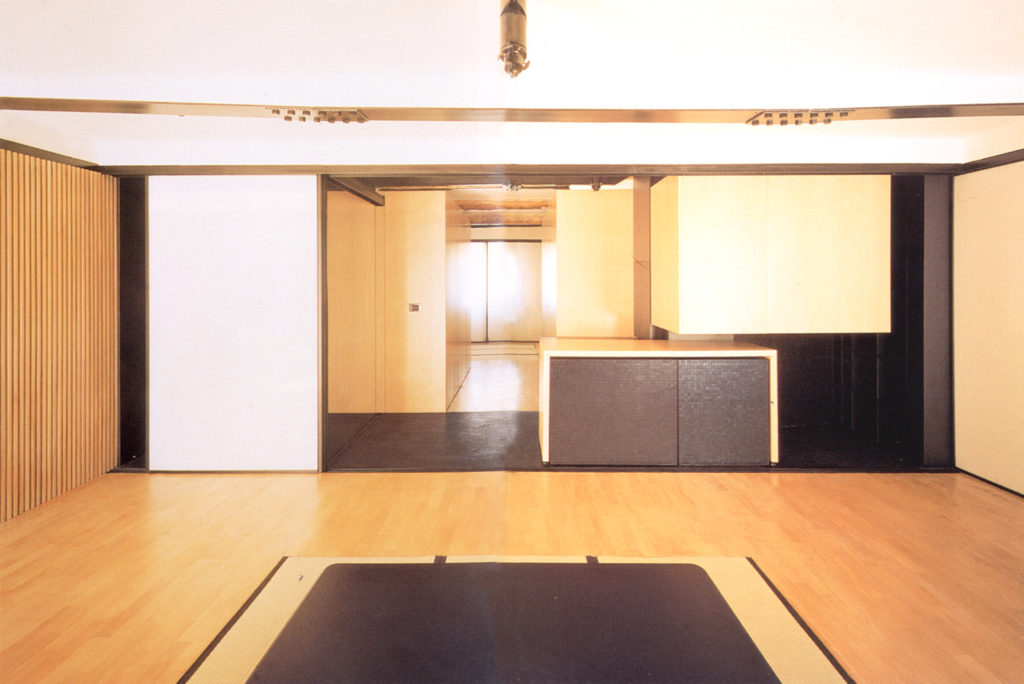 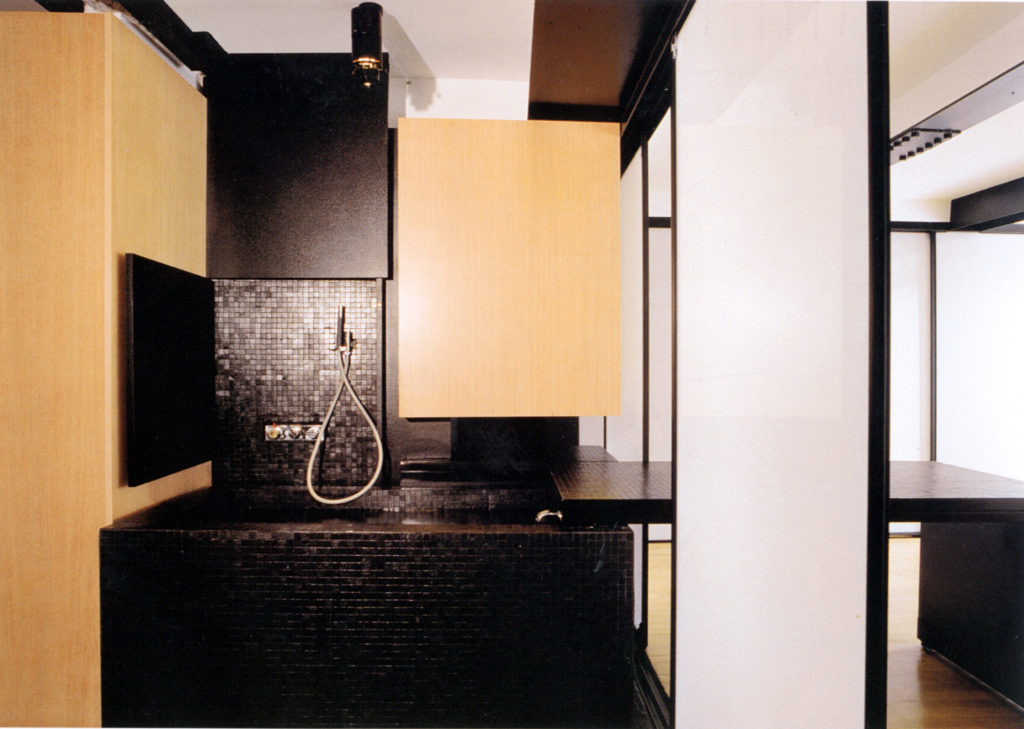 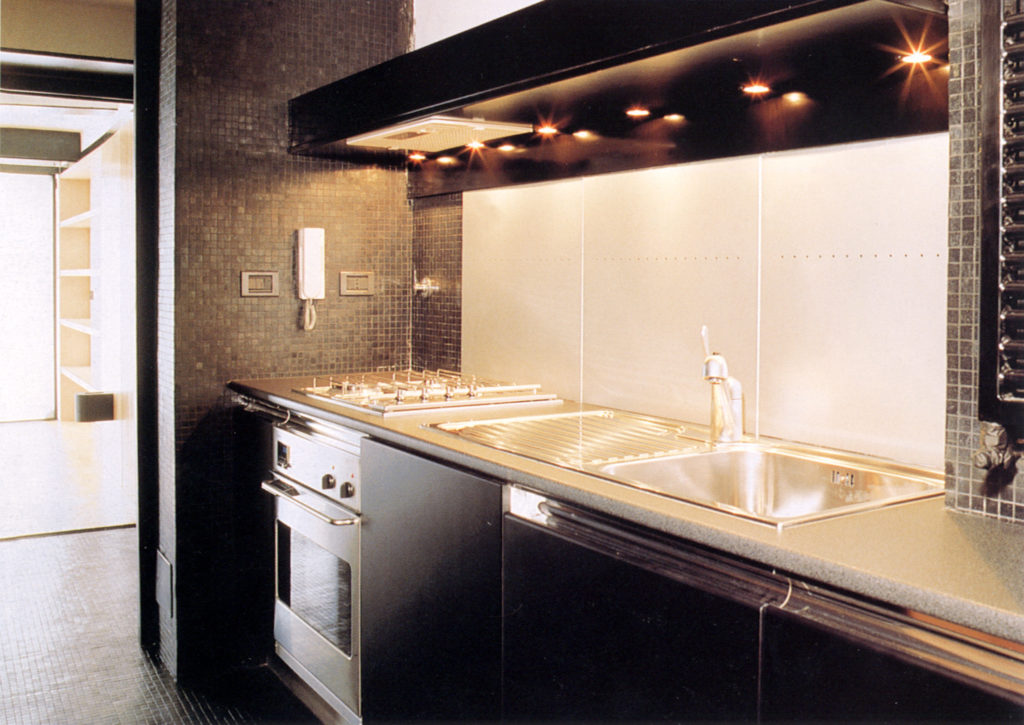 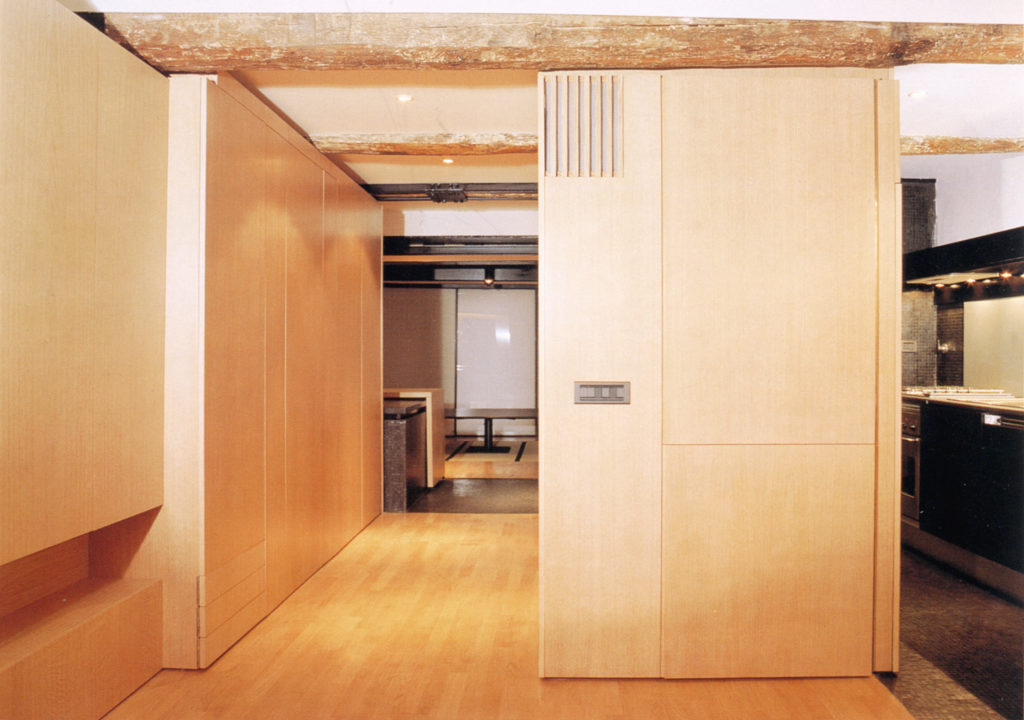 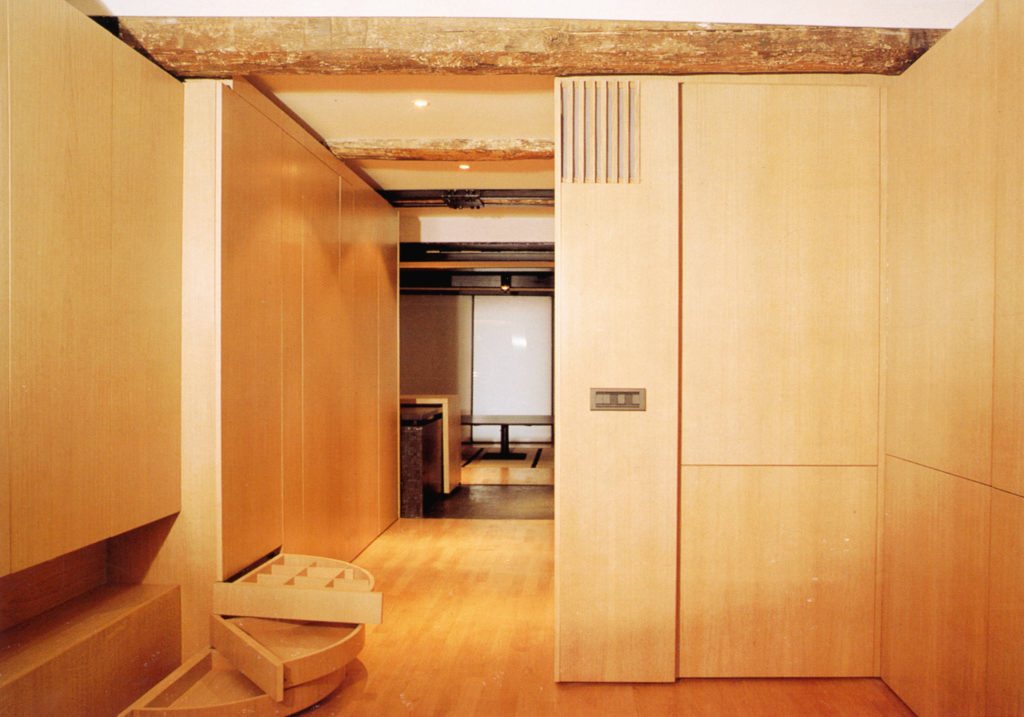 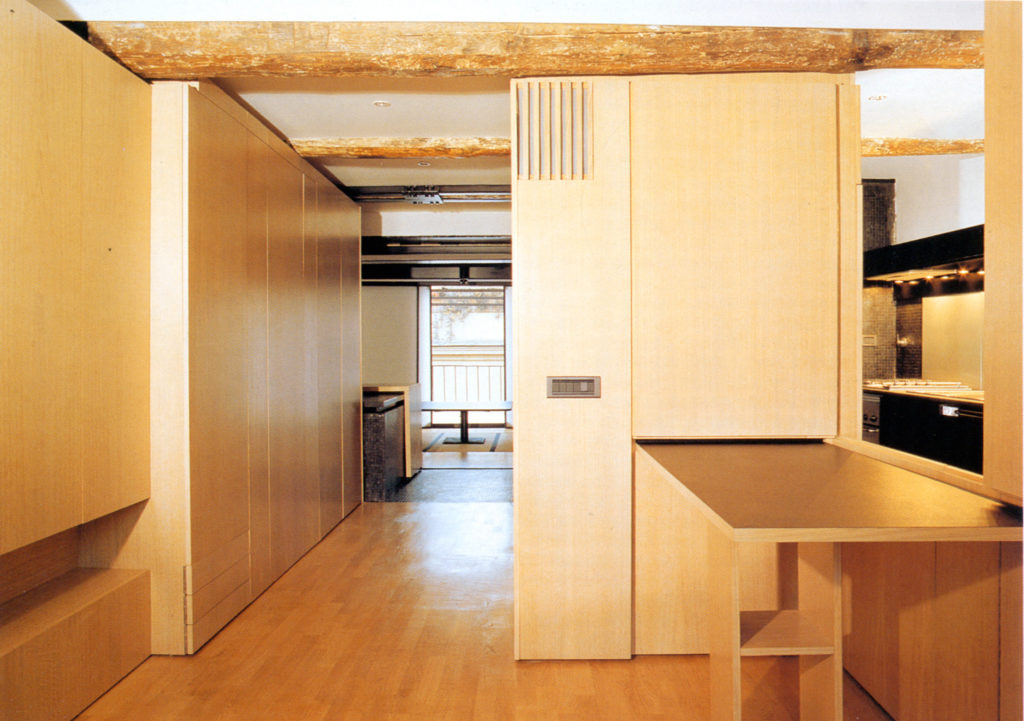 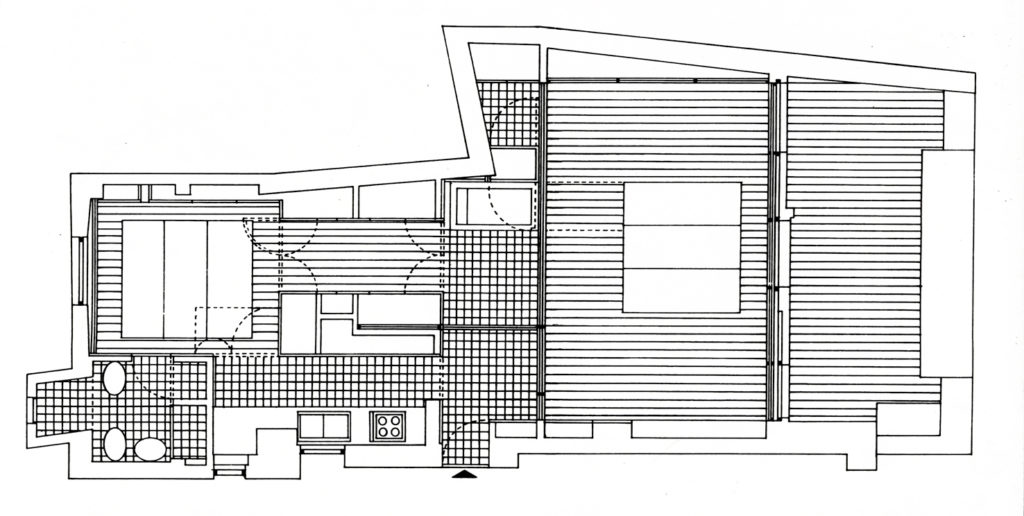