COMPETITION FOR THE DESIGN OF A BUILDING IN PRAGUE

How to intervene in important historical centres has been and remains one of the central themes of contemporary architectural debate. This project involves a building situated in one of the most extraordinary historical centres in the world, the centre of Prague. Respecting the local context was one of the first restrictions imposed by the architects themselves. The challenge was to identify an architecture of the third millennium without betraying the specific qualities of this unique site. The first solution respects the urban skyline and matches the proportions of neighbouring buildings. An urban void was interpreted as the subtraction of the new building. The traditional opaqueness of nearby buildings was replicated and dematerialised by an envelope in burnished glass whose reflections create a vibrating effect. The interiors interact with the glass façade to create a sort of small urban landscape inside the building: architectural micro-volumes offering protection and spaces of gathering behind the glass perimeter. A nod to context can be found in the canted roof reminiscent of the capital’s traditional pitched roofs. Another trace of continuity with the site can be found in the colour adopted for the first floor, which recalls those of the historic complex of Saint Agnes. Accessible from various directions, the internal courtyard at grade serves as an important hinge of urban viability. The ground floor offers access to shops and entrances to the apartments on the second and third floors, as well as the offices on the first floor, treated as independent volumes. The resulting system of interior circulation creates a vital complex. The plan of the offices is characterised by total flexibility thanks to the free positioning of partitions, and the central location of service blocks. The second floor consists of 11 single apartments, while the third and fourth floors offer 21 duplexes, also distinguished by highly flexible interiors. 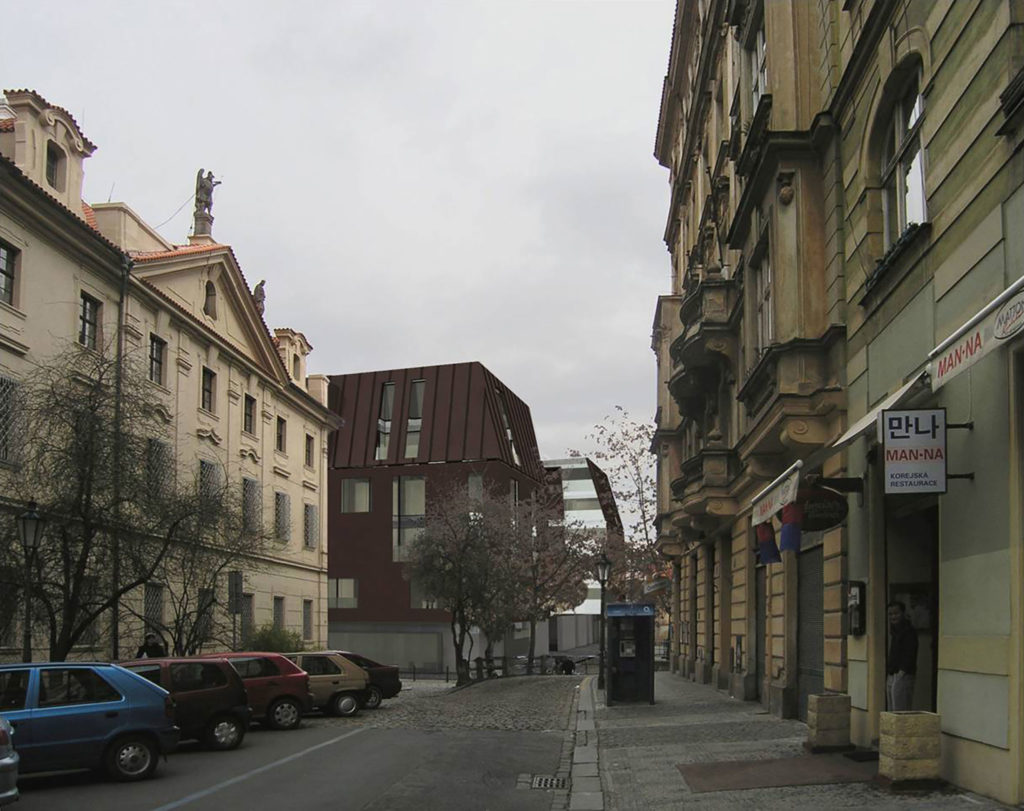 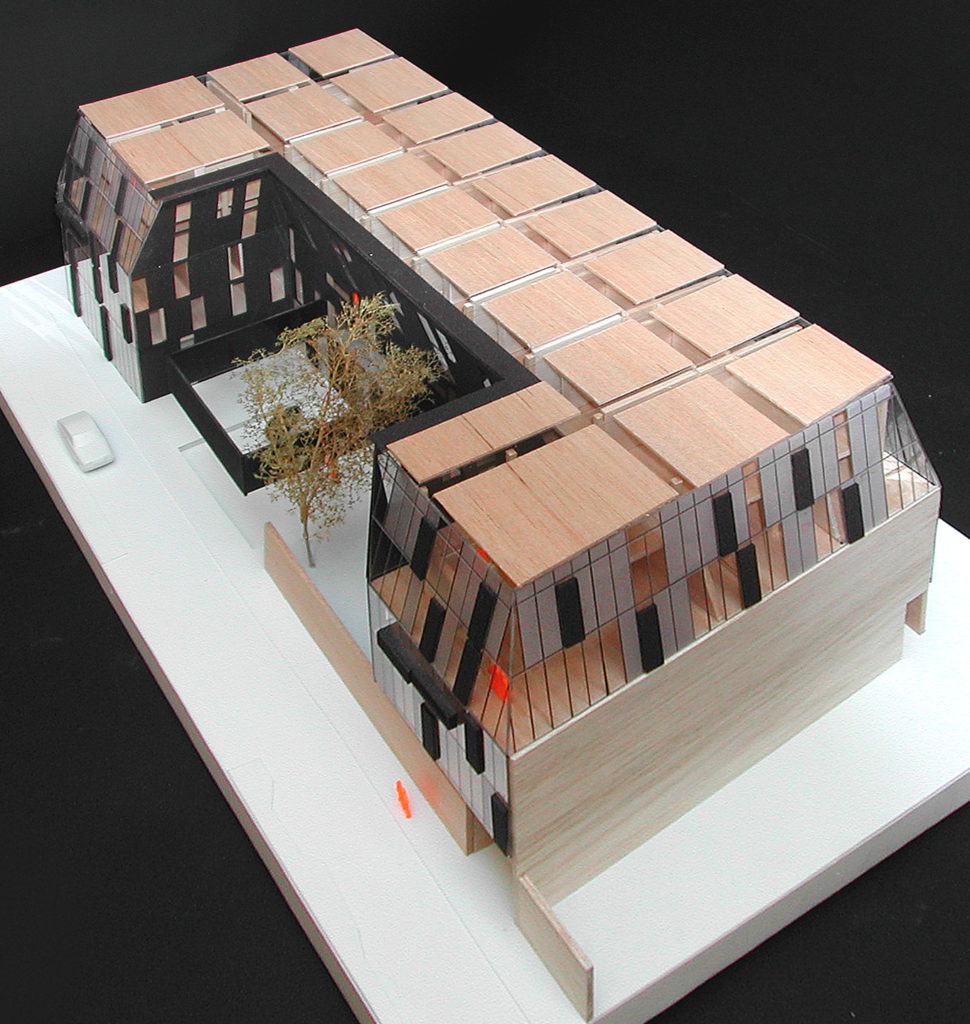 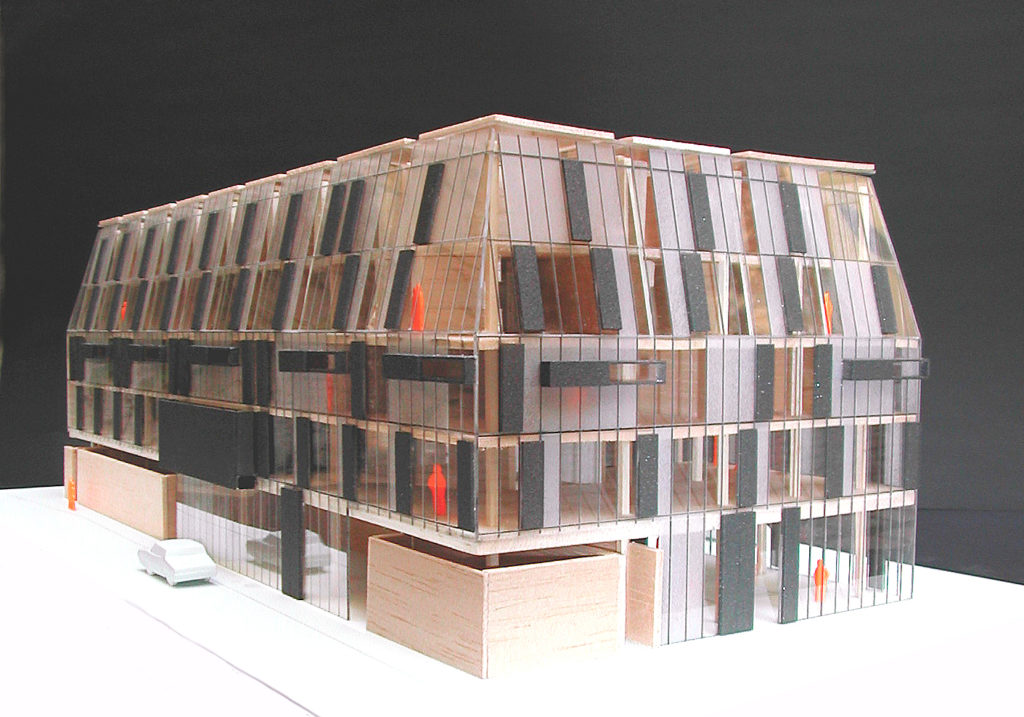