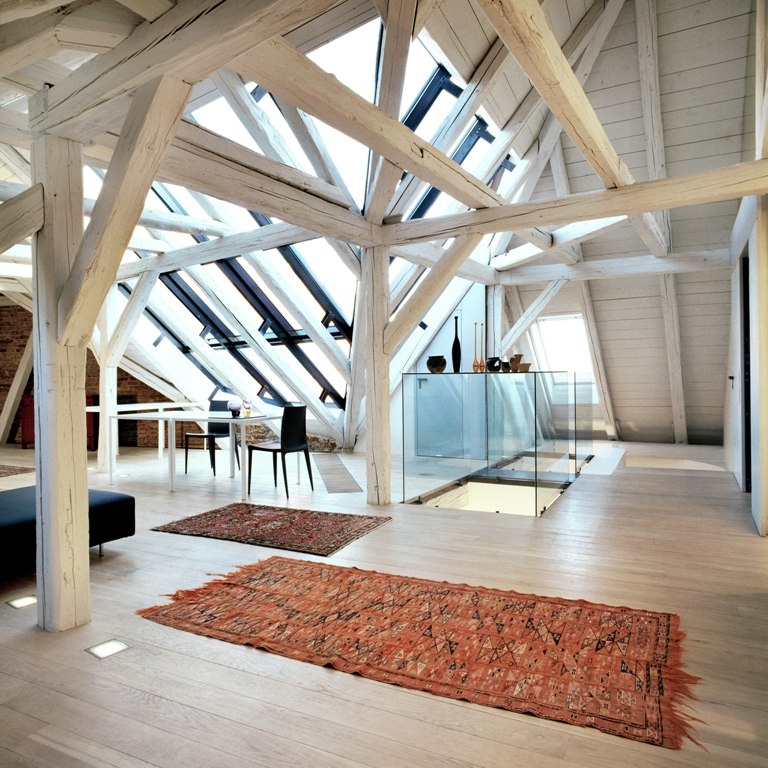 This renovation of an entire building in the Czech capital offers a new interpretation of its spatial layout that entirely modified its perception. This change is most evident in the design of two main apartments at the top of the building, situated near the famous Old Town Square. The ground floor and basement levels were transformed into shops, and the first and second floors given over to offices. One of the two prestigious apartments occupies three levels, connected by a custom-made spiral steel stair that represents the true scenic presence of the entire project. A space of almost 500 square meters was literally stripped bare and left to breathe, revealing previously unexpressed potentialities. Exposing the structure revealed an intertwining network of original intertwining wood beams and trusses at the centre of the living room. On the one hand they serve as the memory of this sixteenth century building, and on the other they mark the core of a transformation that involved the entire building, finally restored to its old self. The incredible luminosity of the attic is emphasised by the skylight-window that offers a view over the heart of the city. This space is exalted by the use of pale colours such as bleached oak. The white field is interrupted by steel elements underlining the nature of more technical areas, by metal windows and the central steel stair, all rigorously designed ad hoc with the office’s customary attention to details. Natural light is brought down to the lower levels by light wells, also used to emphasise the multi-storey development of the apartments. Glazed walkways serve the same purpose of amplifying natural light on the lower levels, creating a cascading effect. 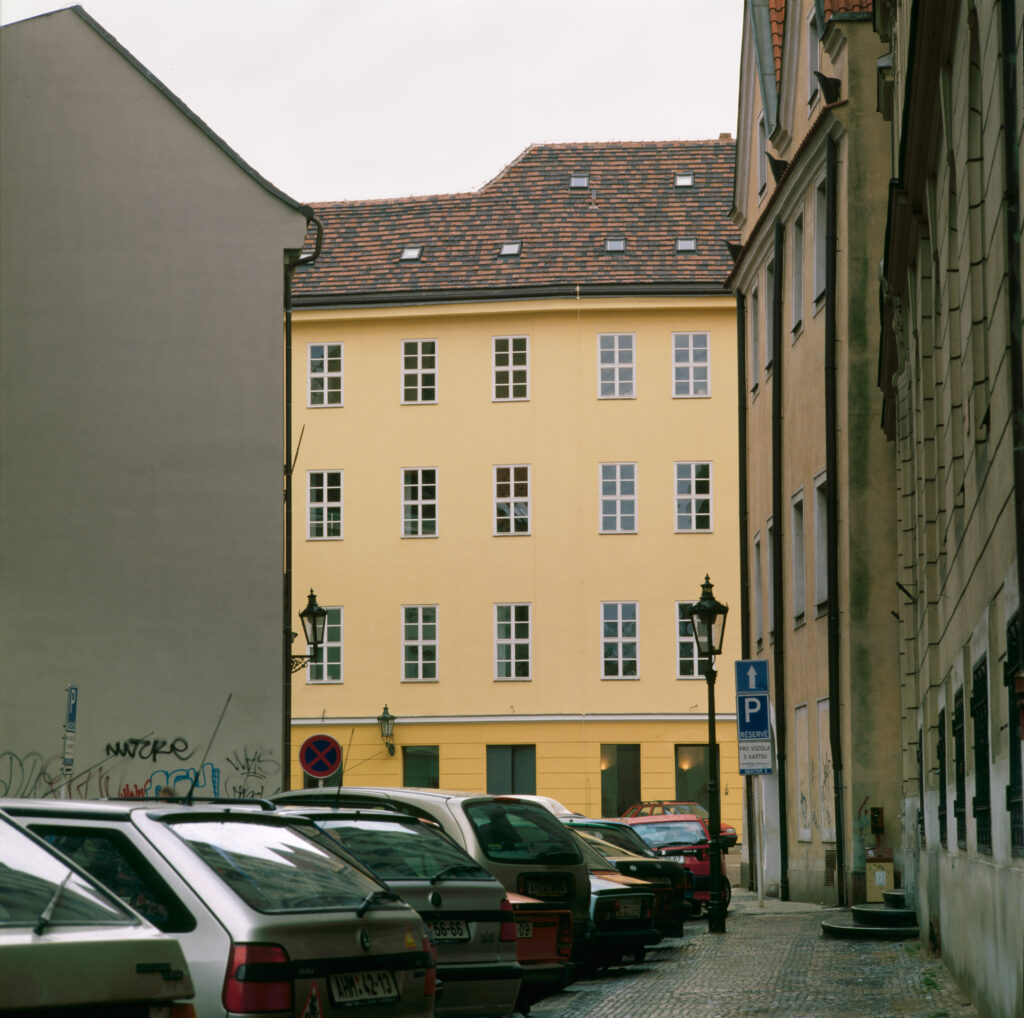 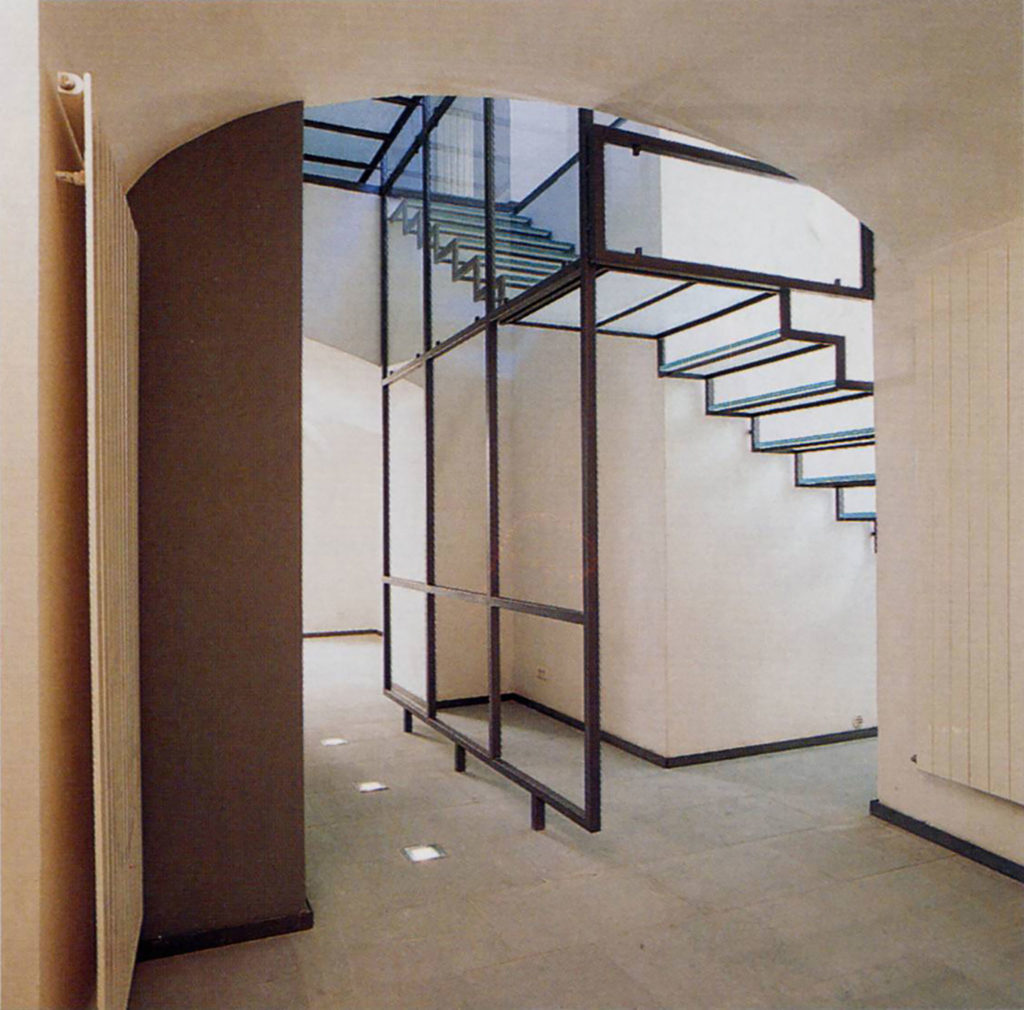 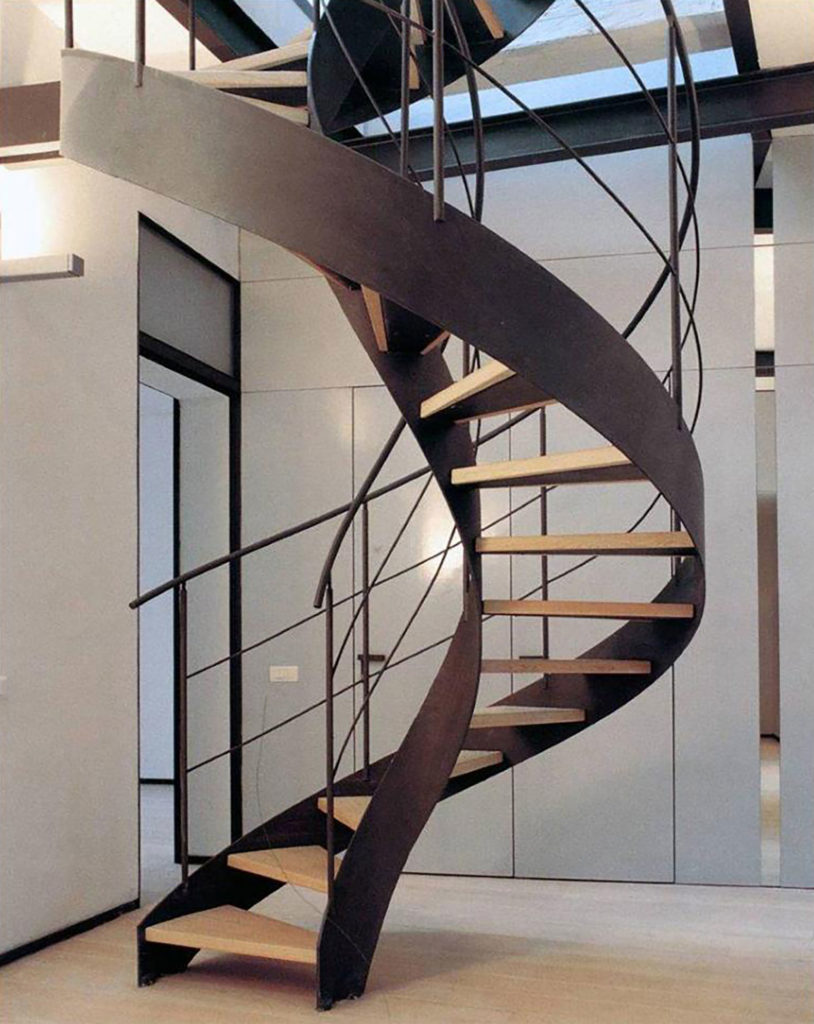 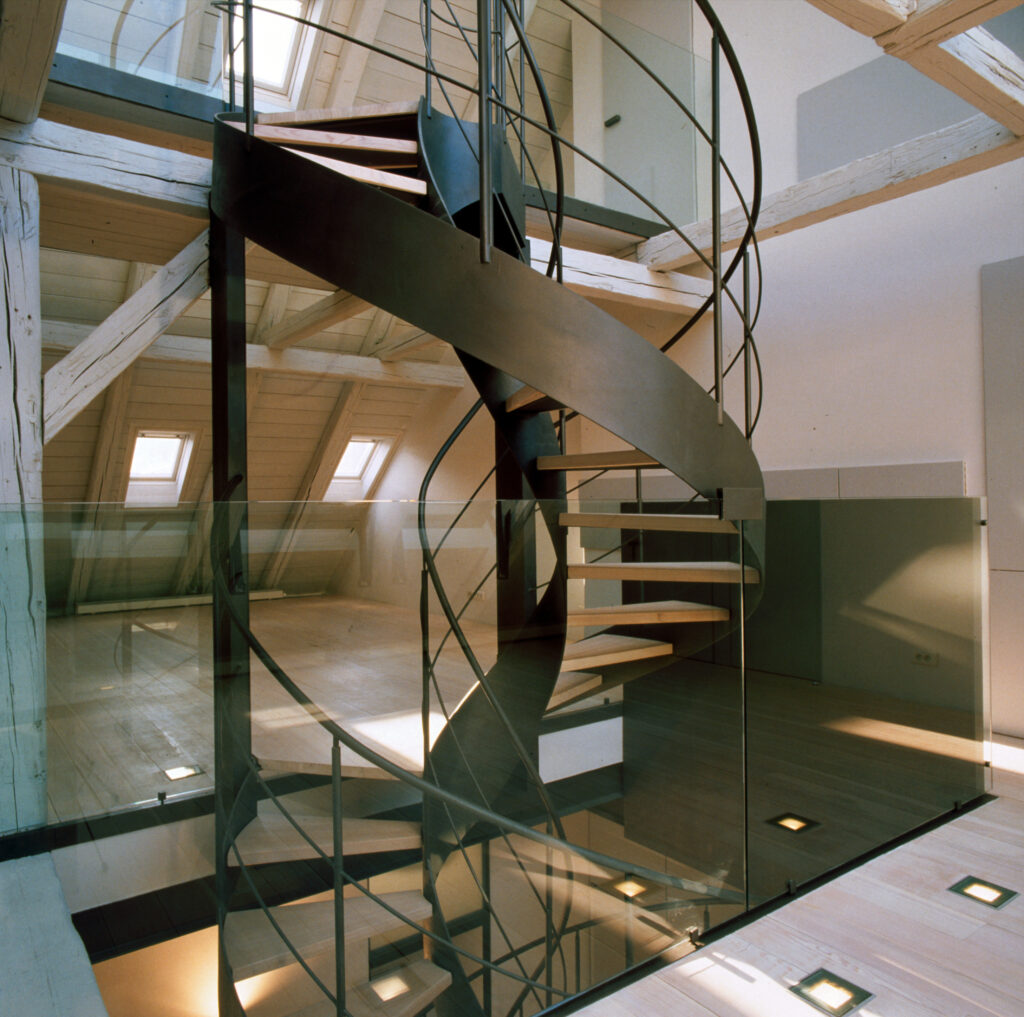 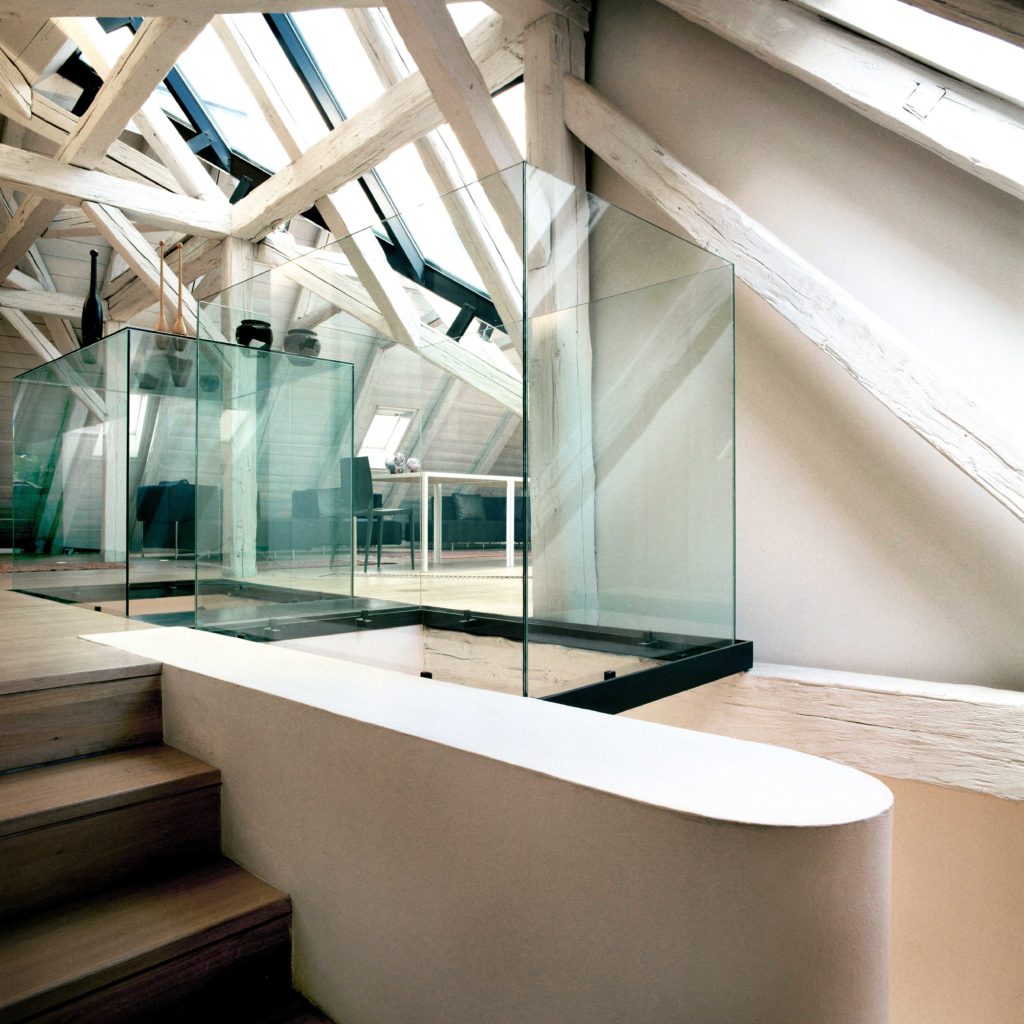 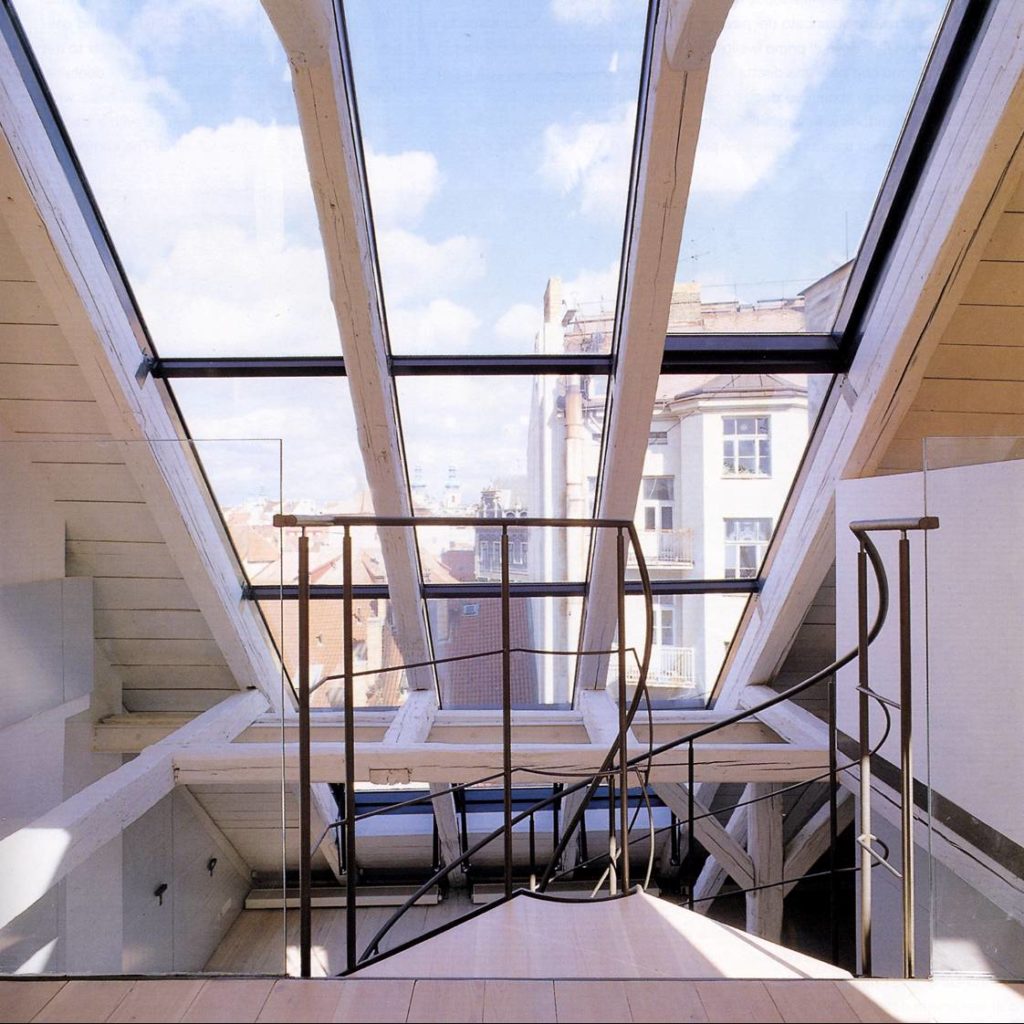 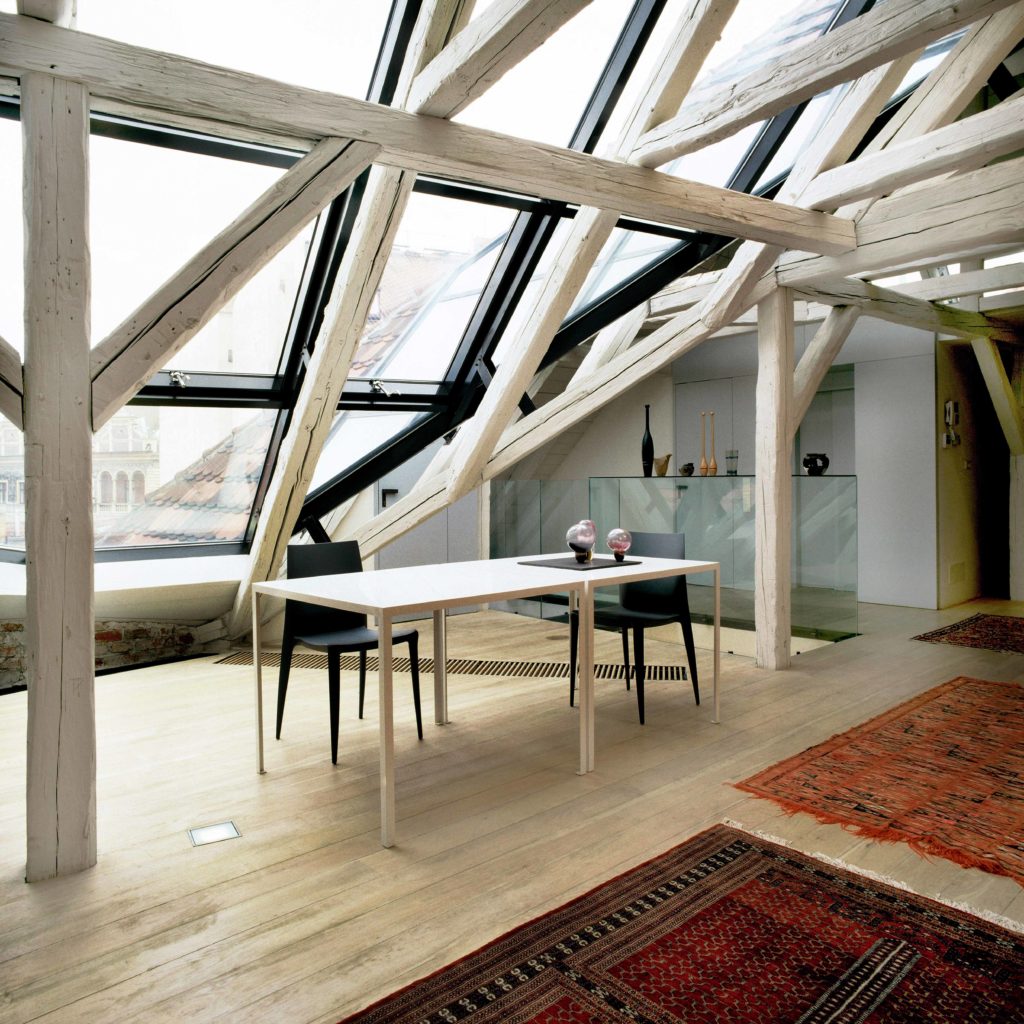 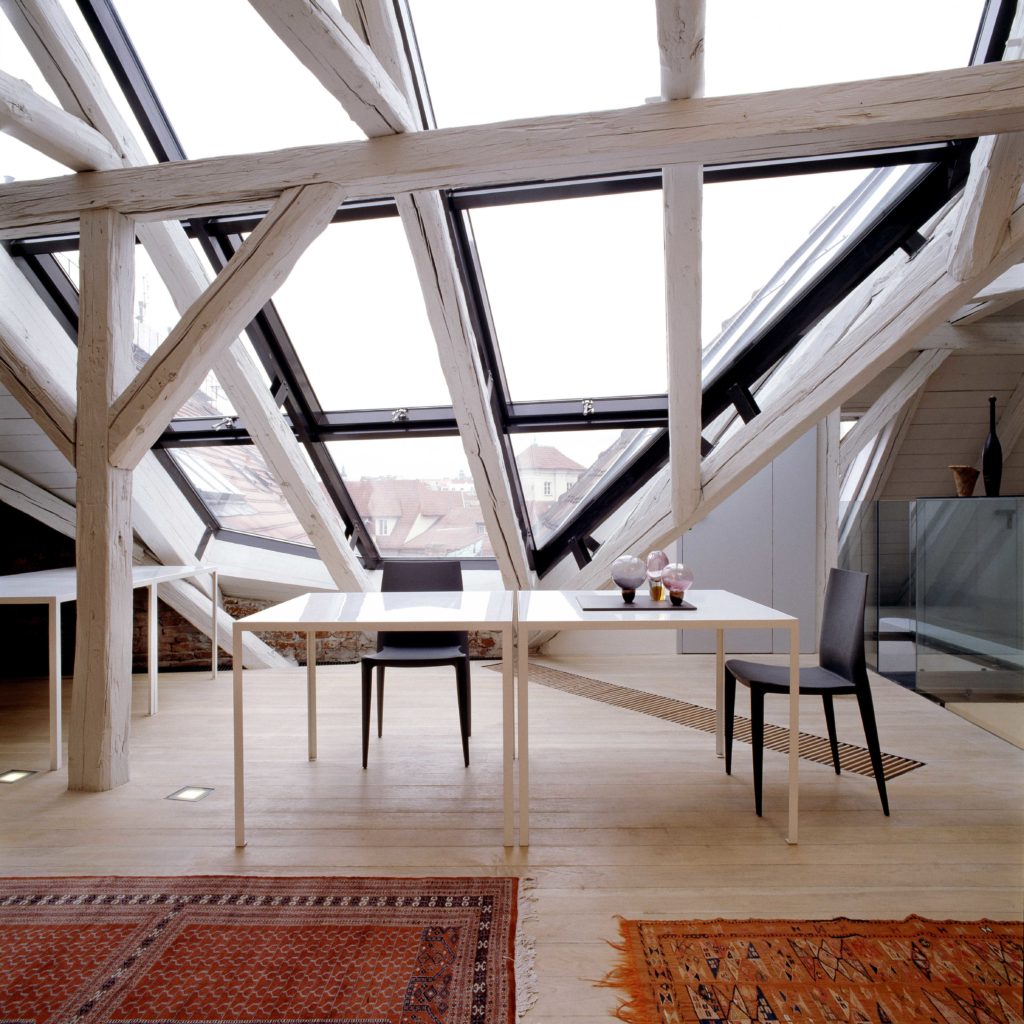 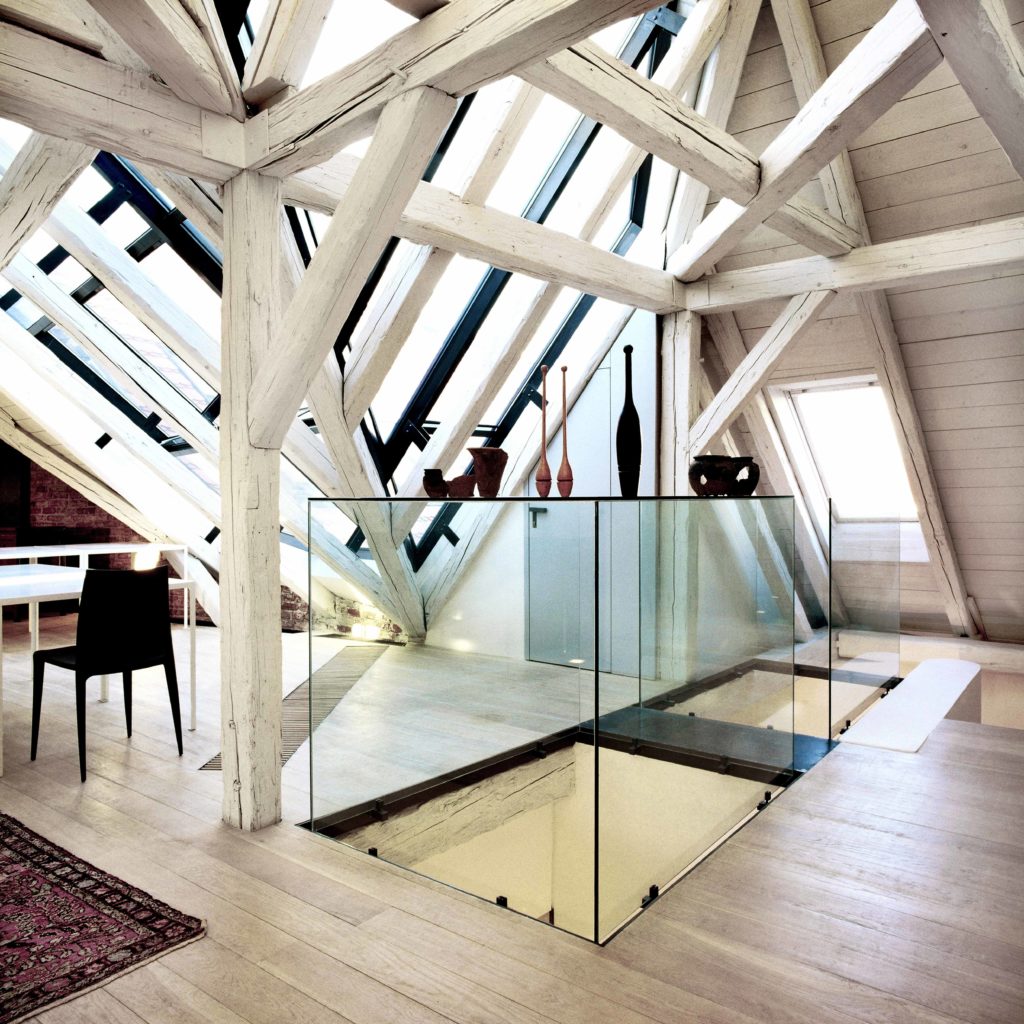 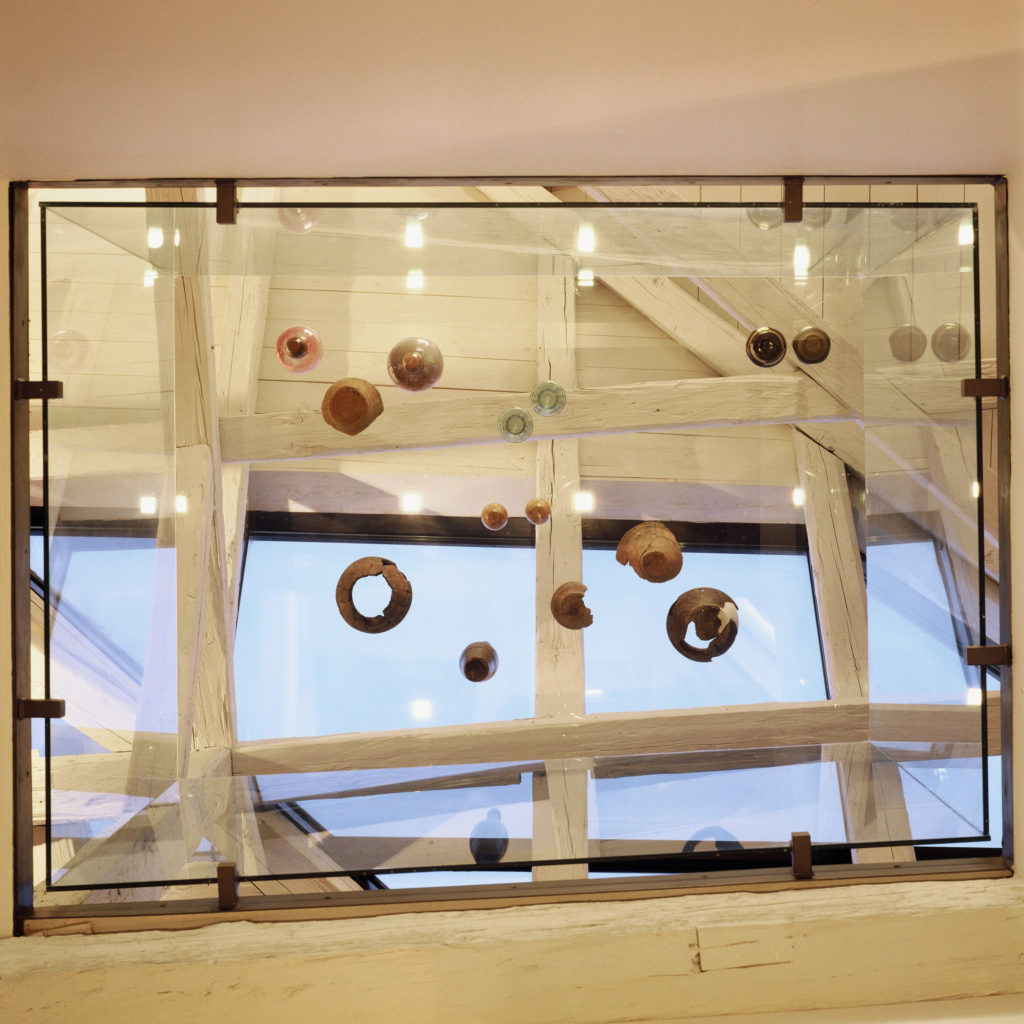 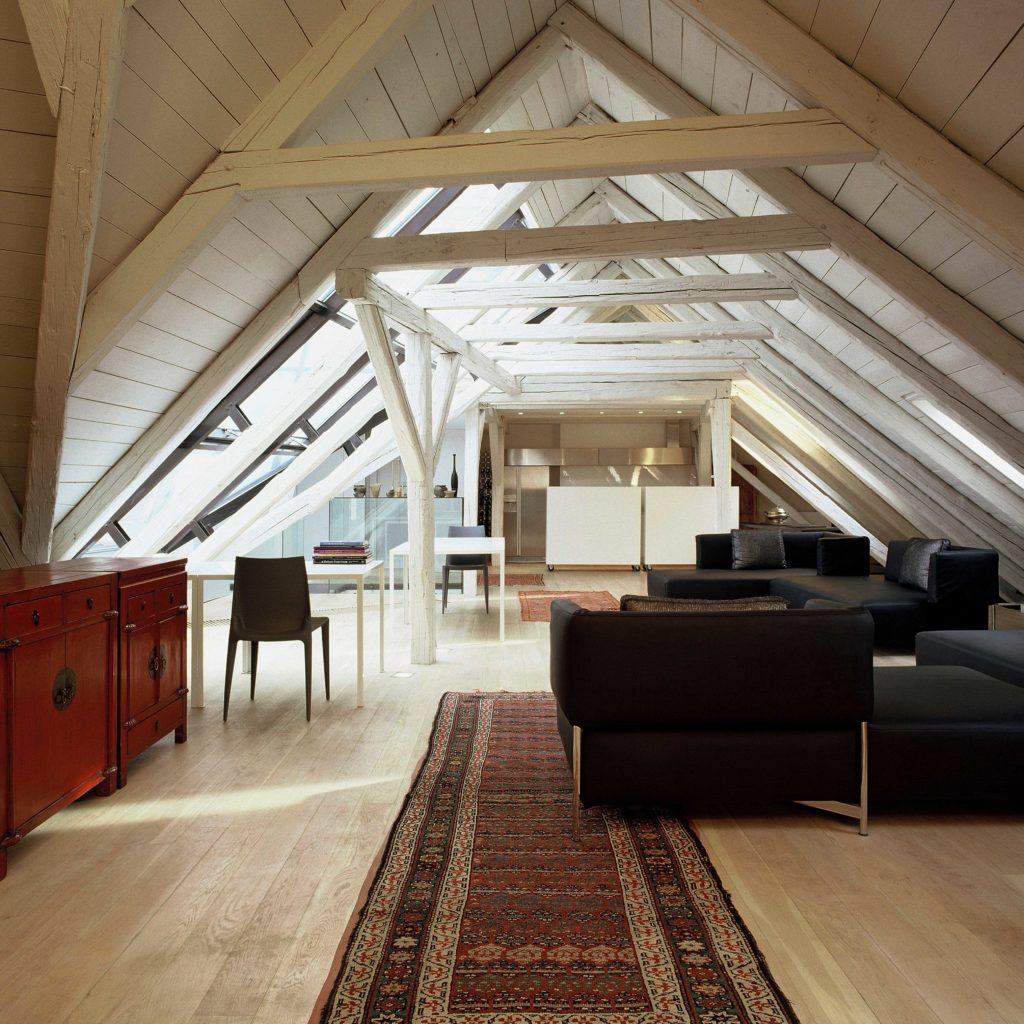 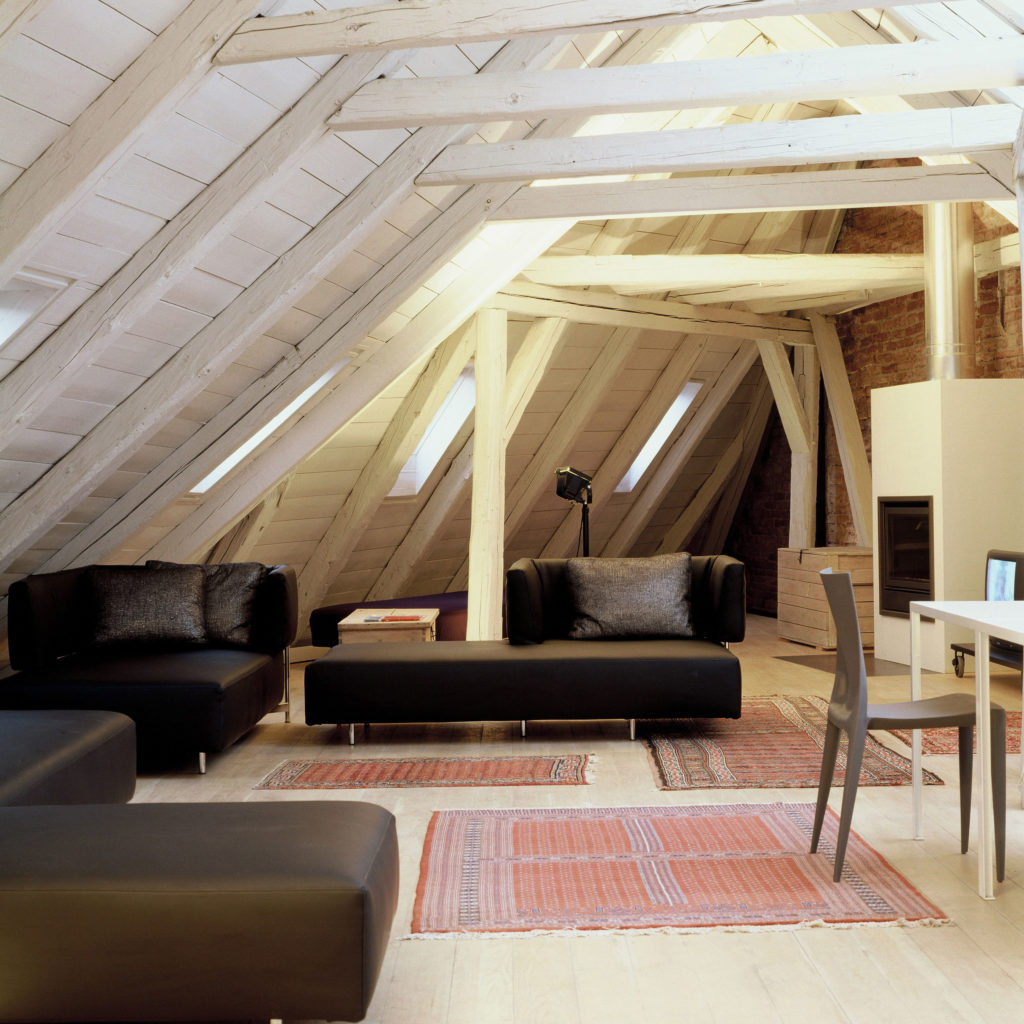 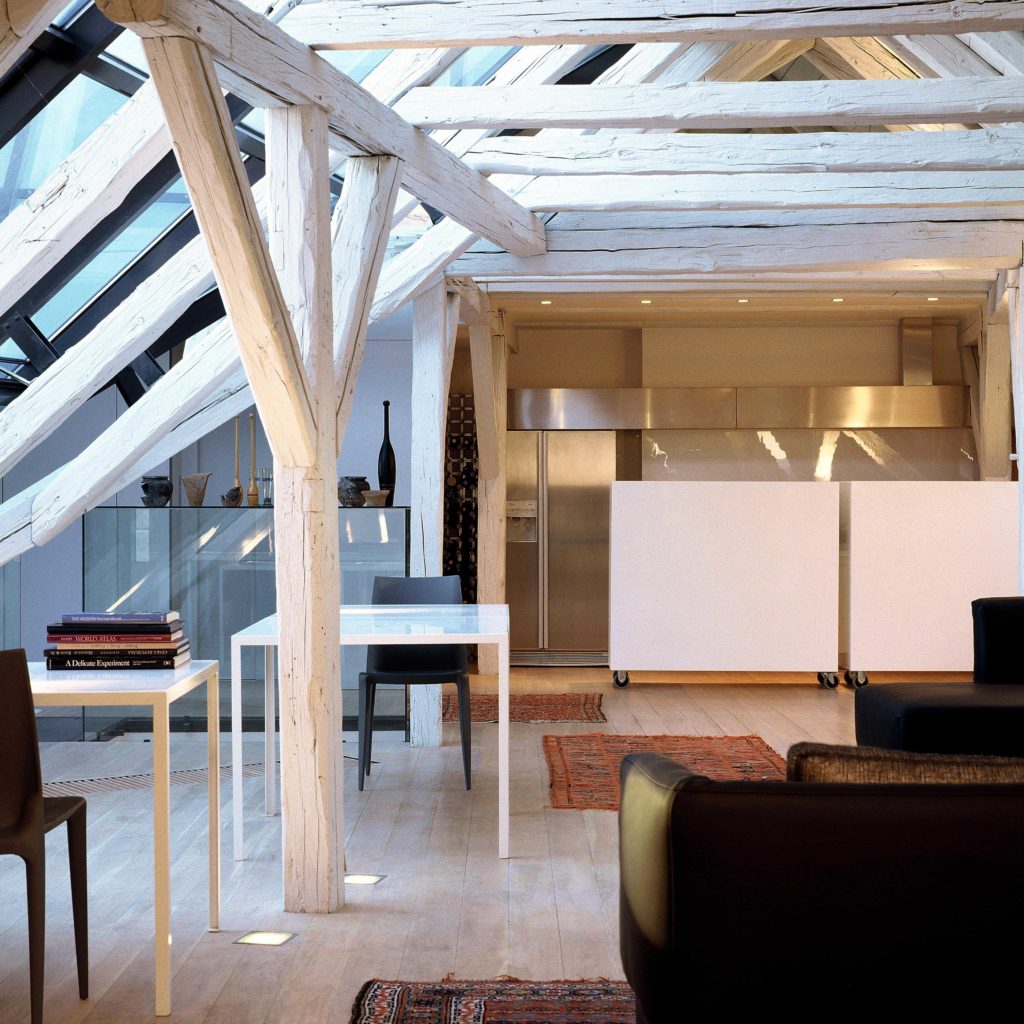 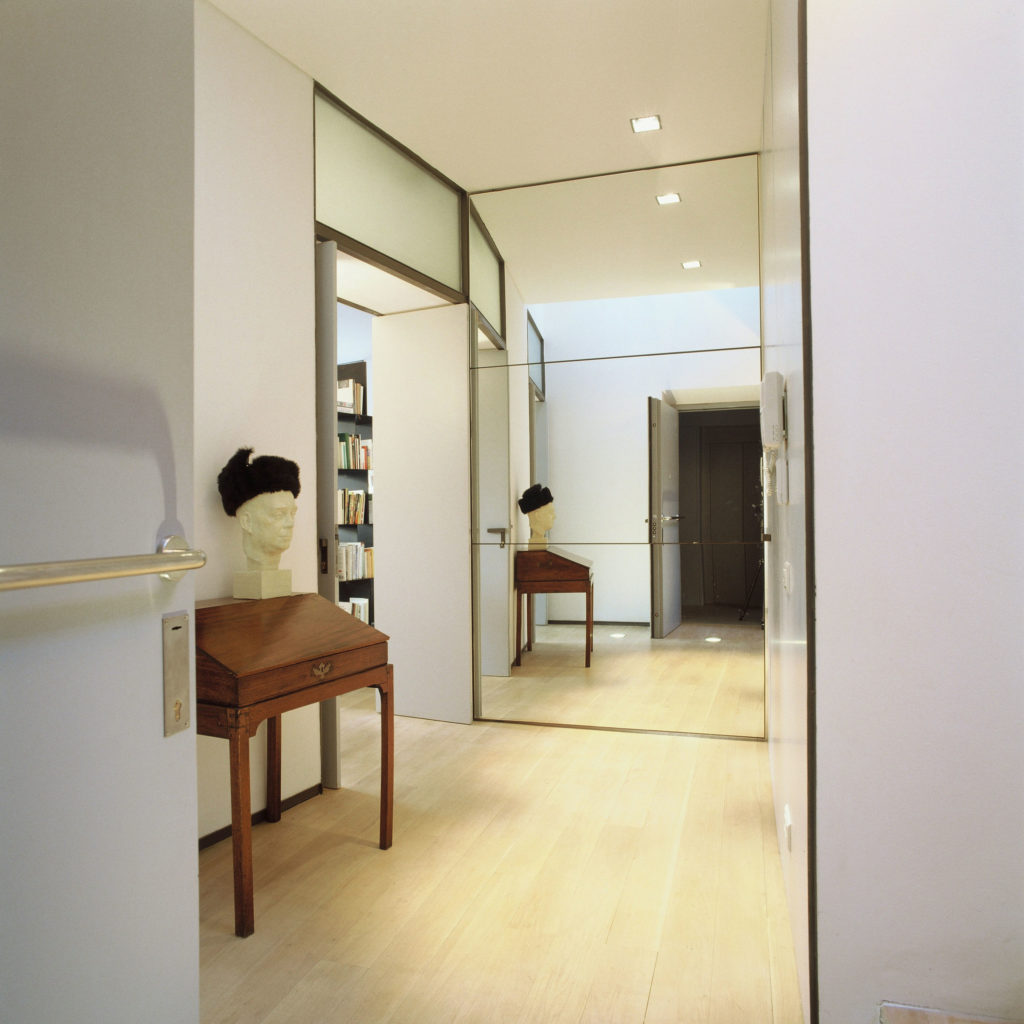 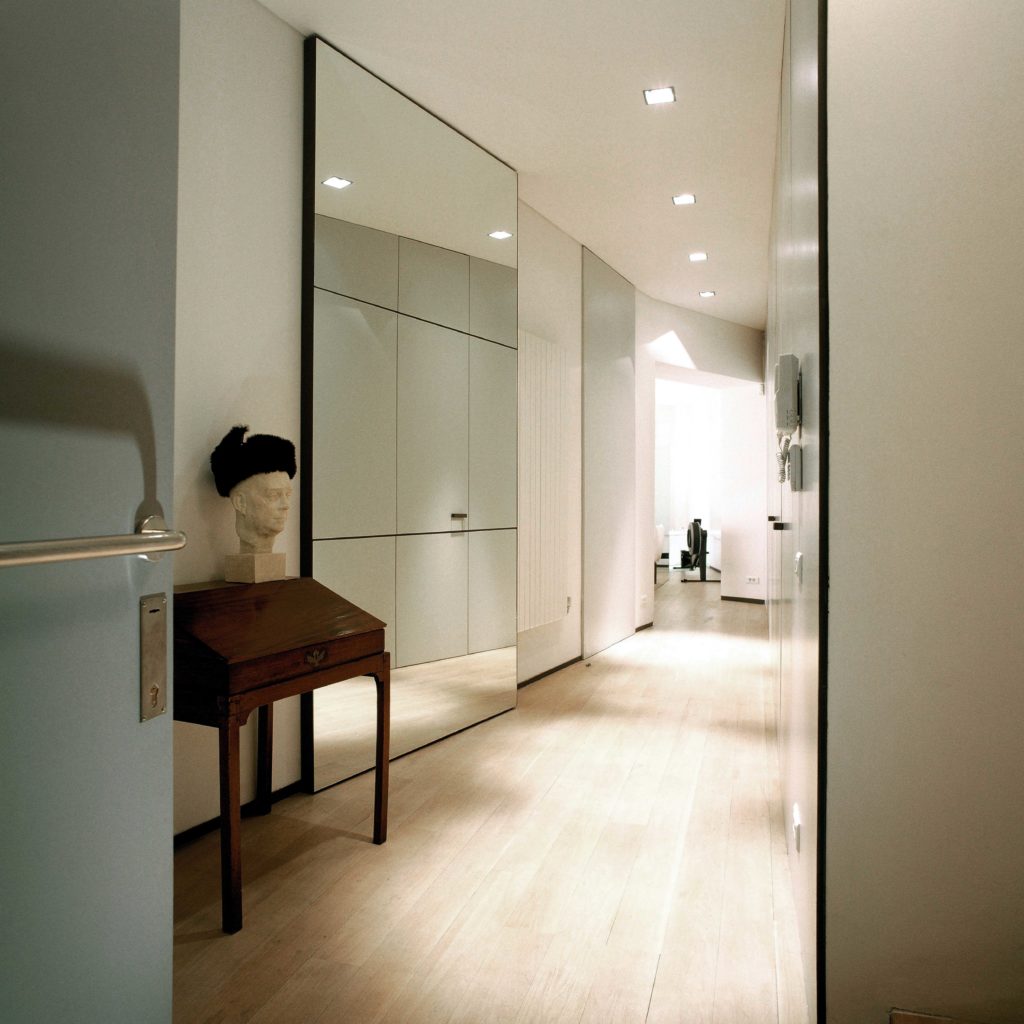 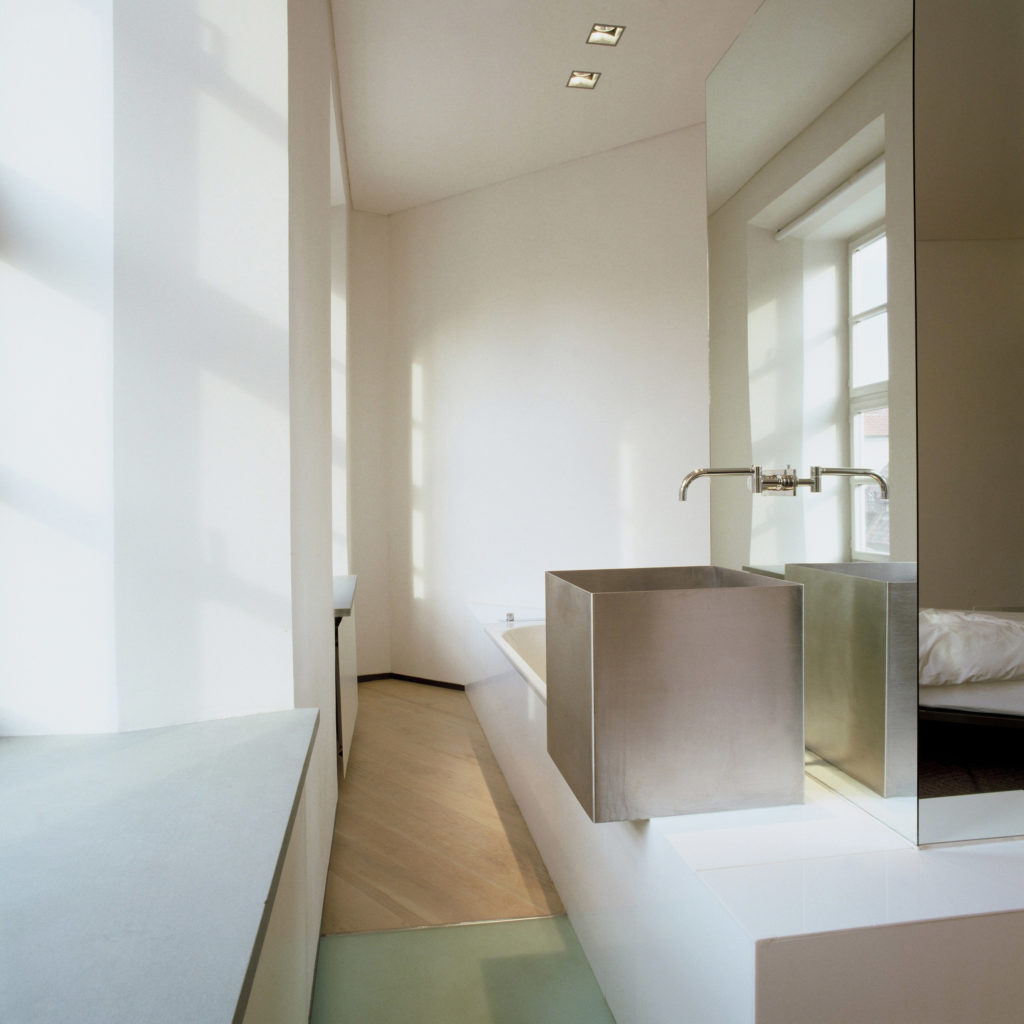