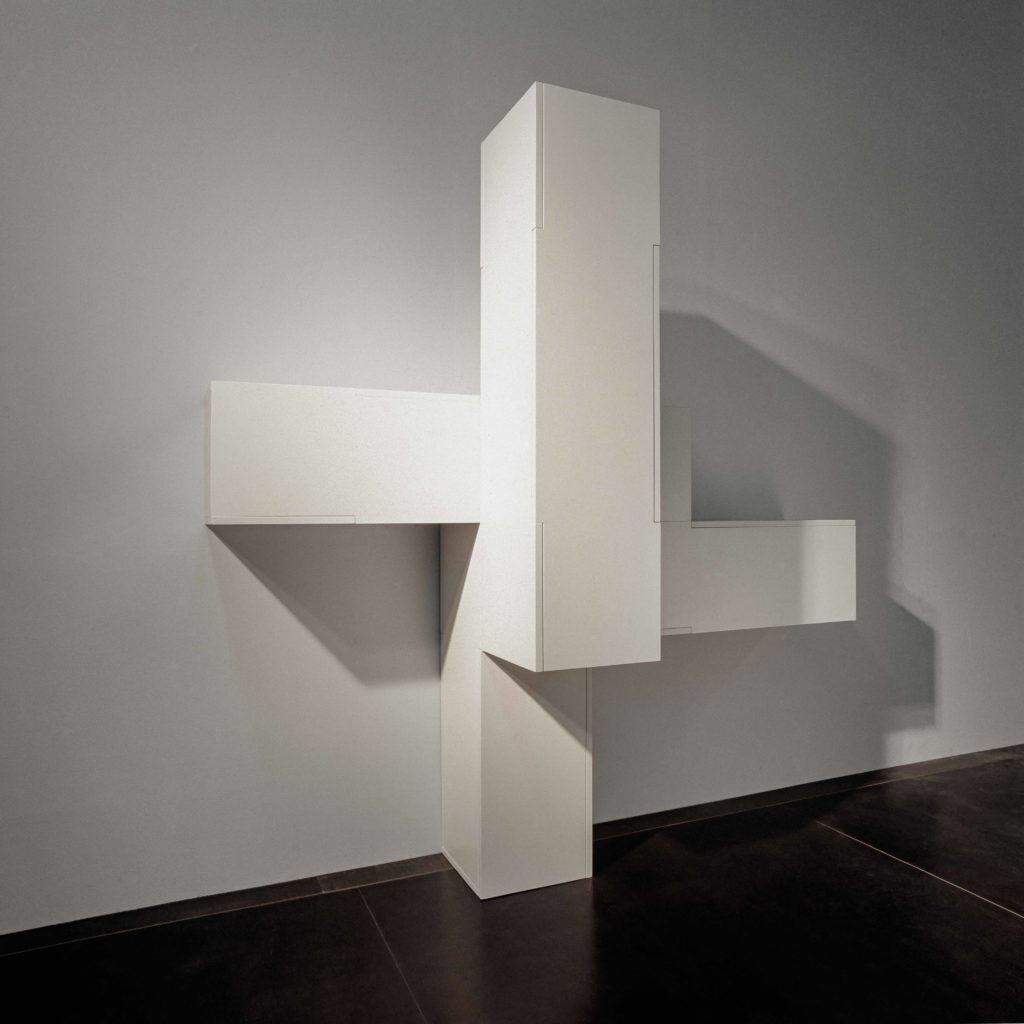 The modularity of these elements plays with Cartesian coordinates, moving well beyond the concept of the simple container. Isotropo’s direct influence on the conformation of the spaces in which it is placed is both discrete and incisive. Its strength is its freedom, which lies entirely in the details of its construction. A reveal profile conceals a joint at the corners of each piece: the result is that any configuration appears to be a coherent and unitary aggregation. Hinges can be positioned along the entire perimeter to easily allow for horizontal or vertical openings. The x, y and z coordinates become the variables of composition as much for this element of furniture as for the space hosting it, demonstrating the purest of rationalist vocations. The function of the modules is determined solely by their position in space, and not the other way around.
Bench, side table, library shelving, a container dividing two spaces: the primary volume is functionally reinvented each time to respond to specific needs. Isotropo is proof that nothing lends itself to the changing needs and definition of space more than a geometric and absolute invariant. 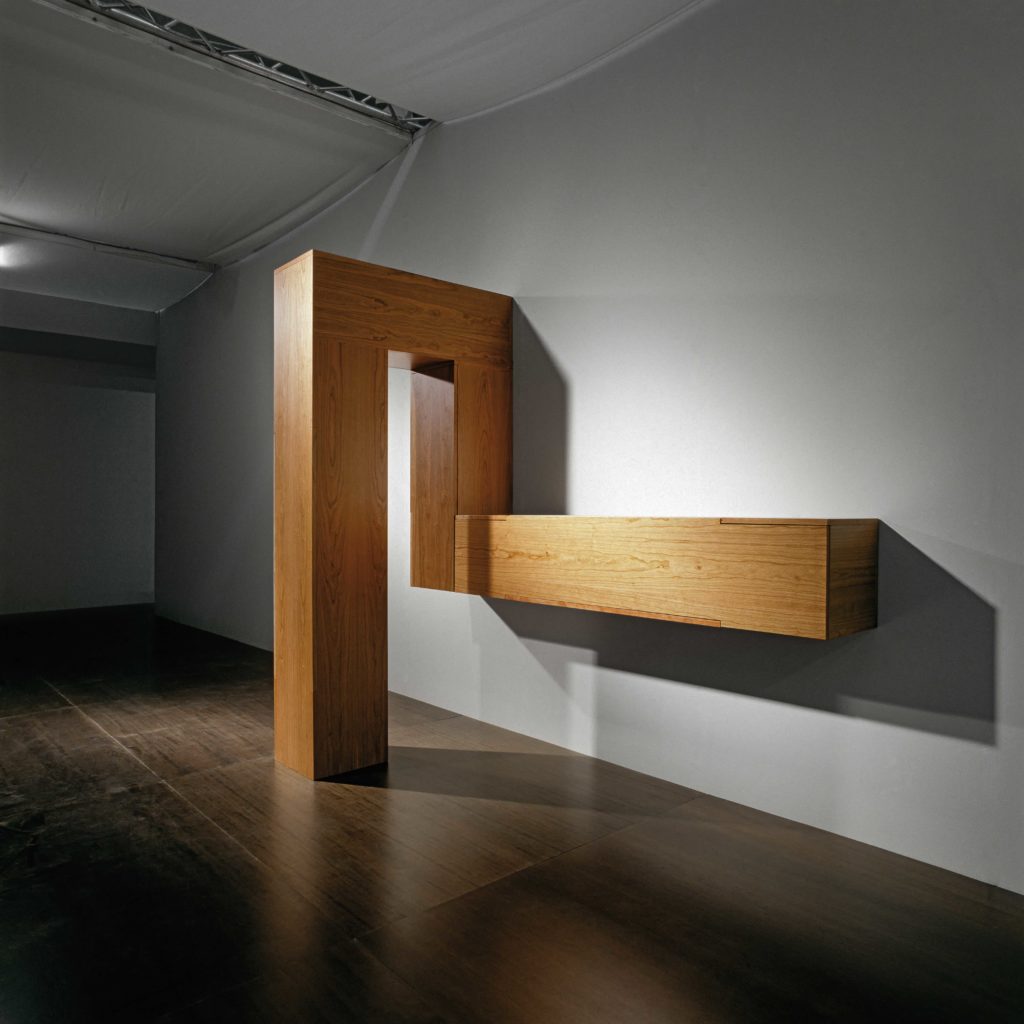 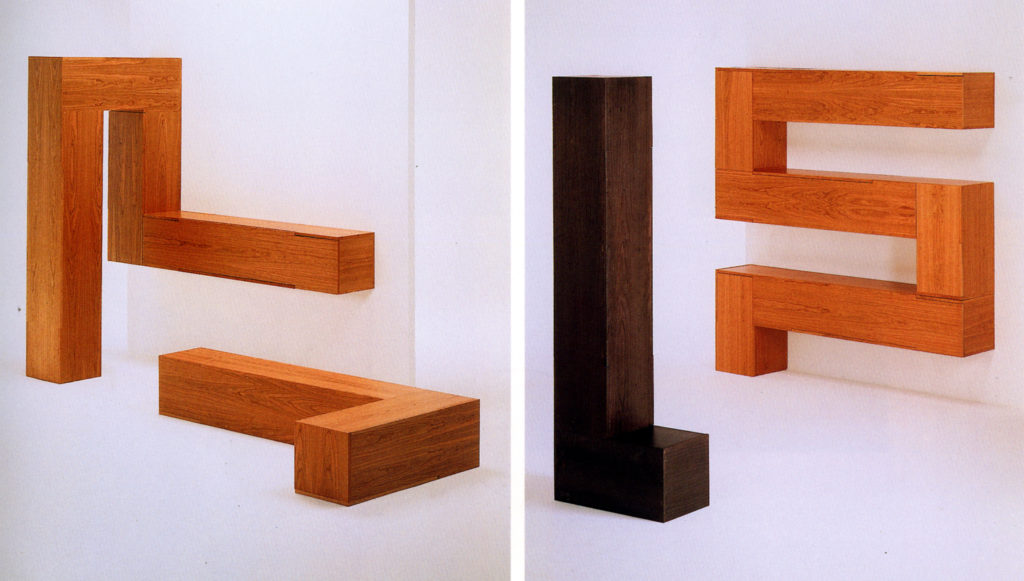 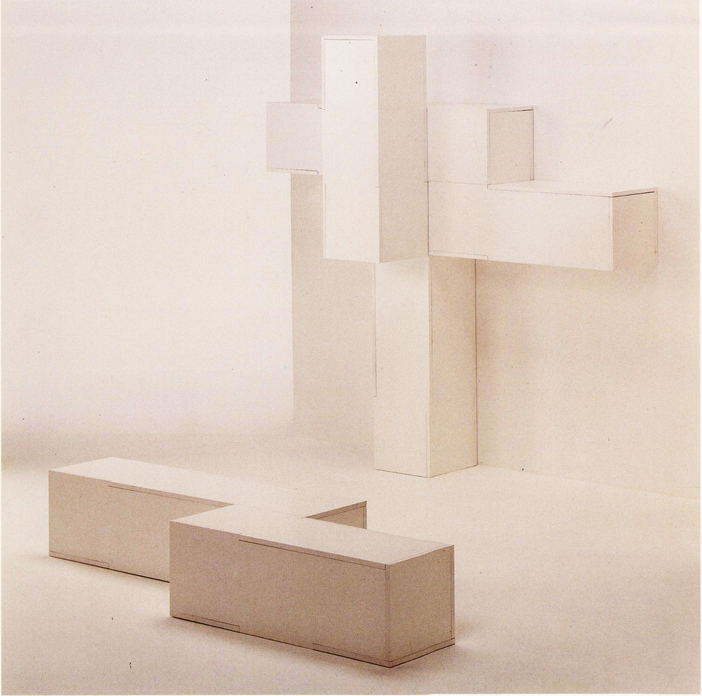 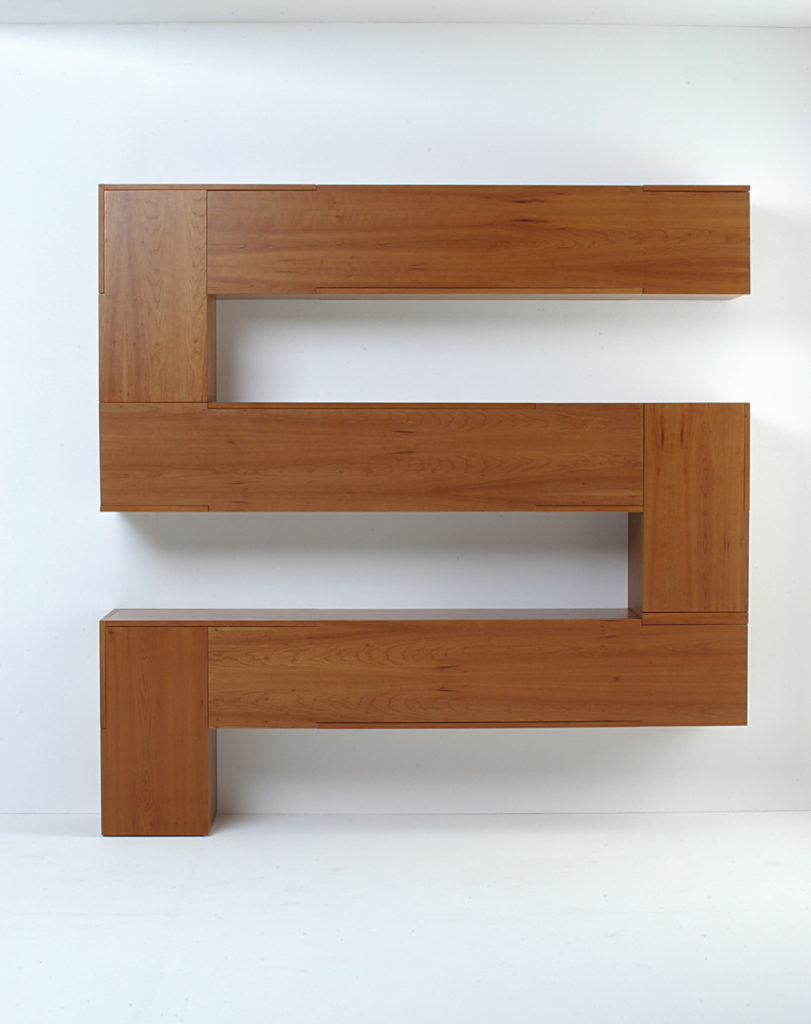 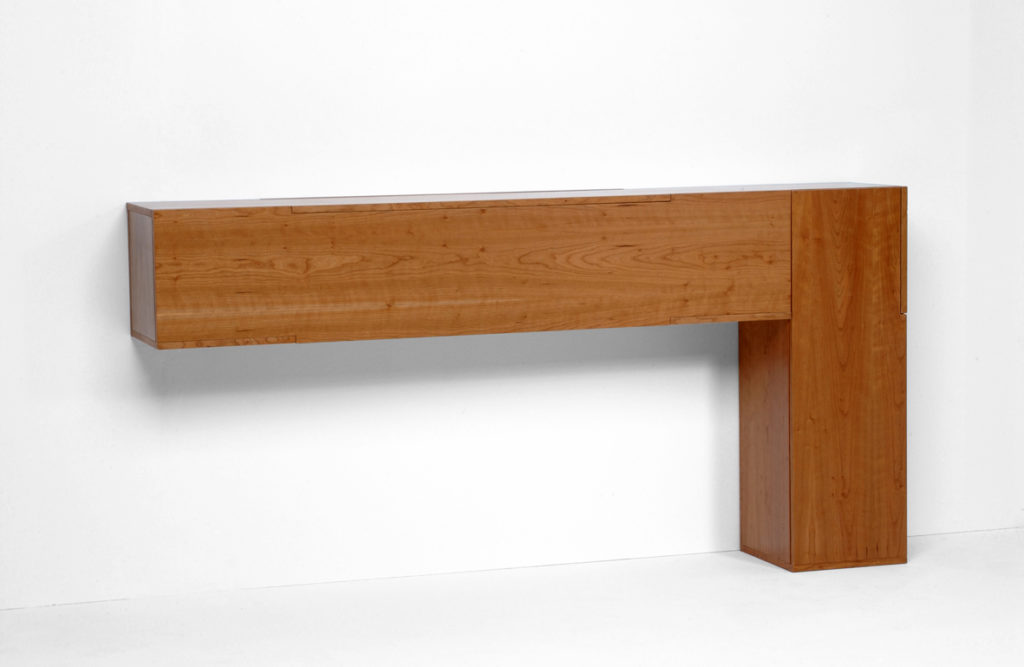 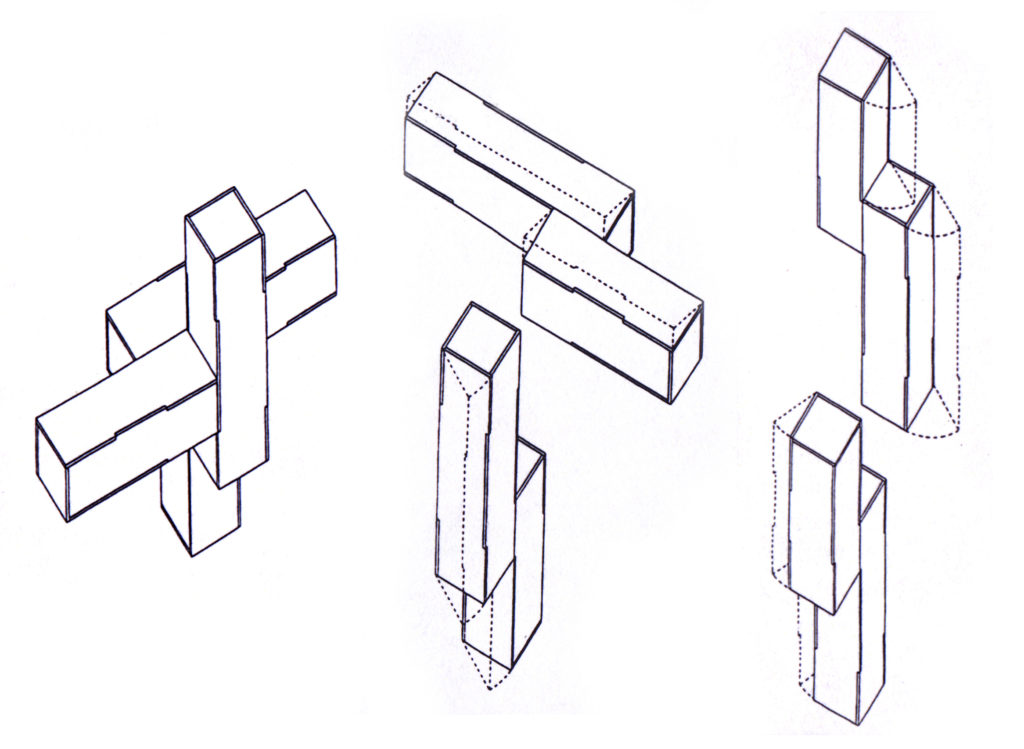 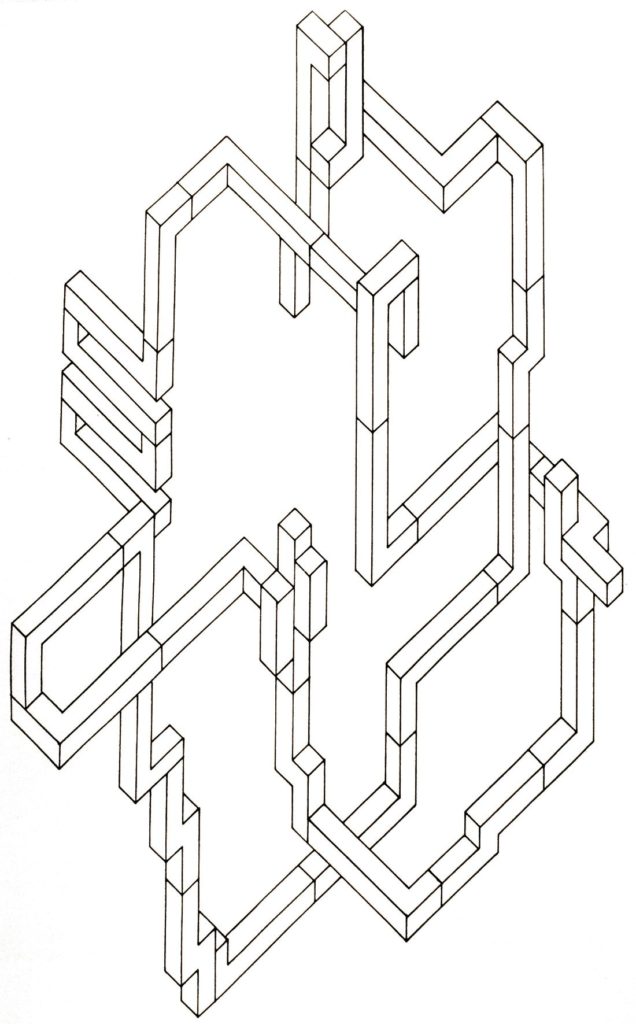 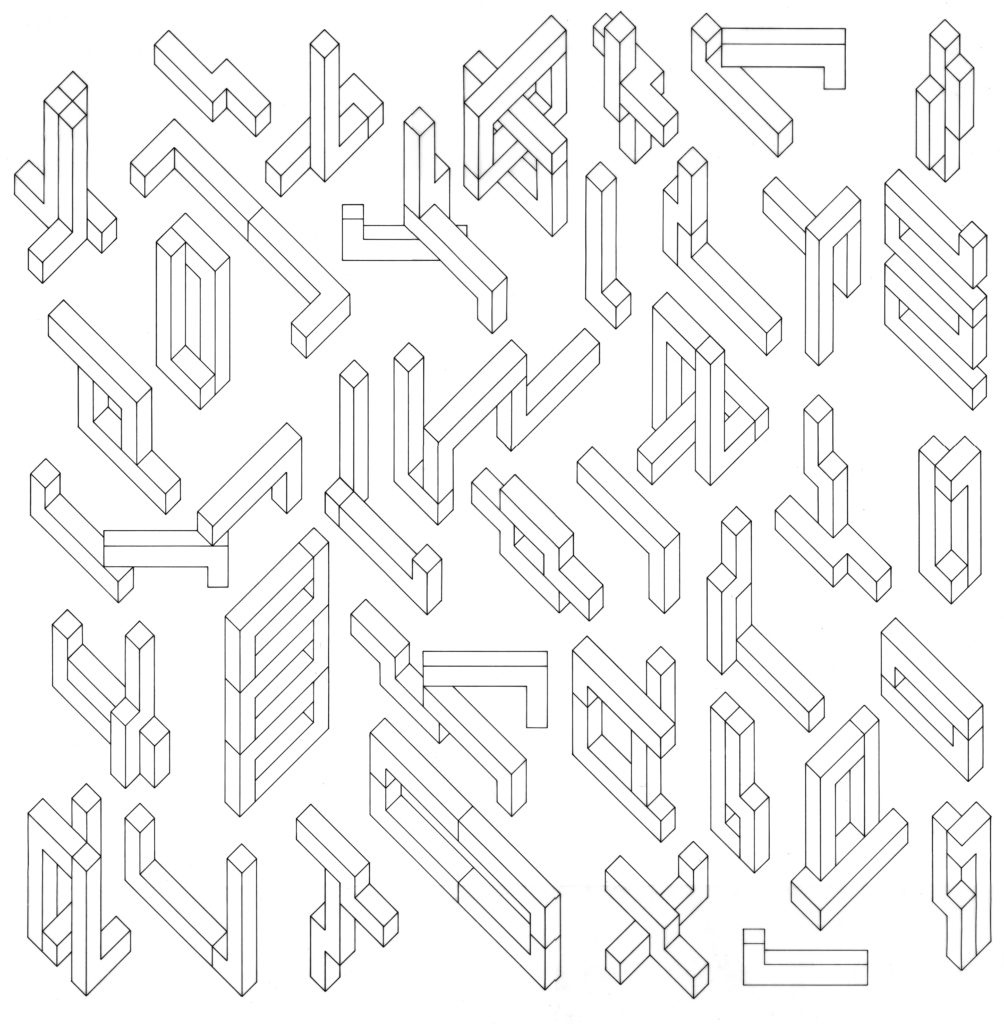