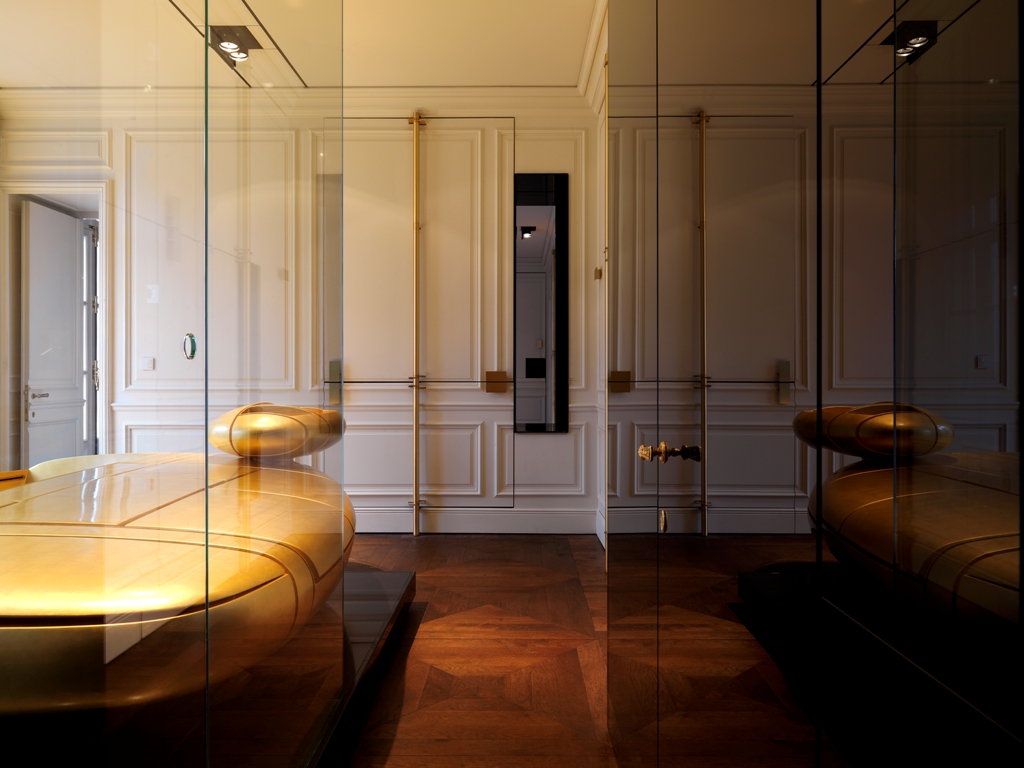 This renovation of an early nineteenth century apartment in the heart of Paris represented an opportunity for the office to create a dialogue between contemporary architectural lines and a historical context.

The apartment measures 360 square meters, with an “L”-shaped plan. It stands out for the flexibility of its custom made furnishings, capable of creating formal solutions in continuous transformation to meet the needs of each moment.

For the architects the heart of this project is the modern revisitation of the “theme of oak boiserie, restored with a new meaning, rendered open and in constant development within a construction-origami that lends itself to infinite configurations”. The original form of the traditional system of furnishings is dematerialized, giving way to a structure in white steel, inside which a series of black and gold containers appear to float. Repositionable, they suggest a scenic type of space. The result is a dialectic play between the classical appearance of a system of white ‘boxes’ concealing the contemporary soul of the polished black containers.

The continuity of a succession of spaces is emphasised by a system of modular tables, developed to delineate constantly shifting paths from the kitchen to the living room. Realised by a shipbuilder, the group of tables in carbon fibre, finished in gold leaf, is composed of 4 oval elements and 3 connecting pieces.The same gold leaf was applied to the carbon fibre monolith in the master bath used to contain everyday objects. Its appearance shifts with the opening of its different components.

The apartment is a clear example of the research into interior design that has earned Lazzarini Pickering international recognition: it is an embryonic work, conceived as a “site-specific portrait” that offers it client the possibility to interpret his home through simple gestures that modify its functions and appearances. 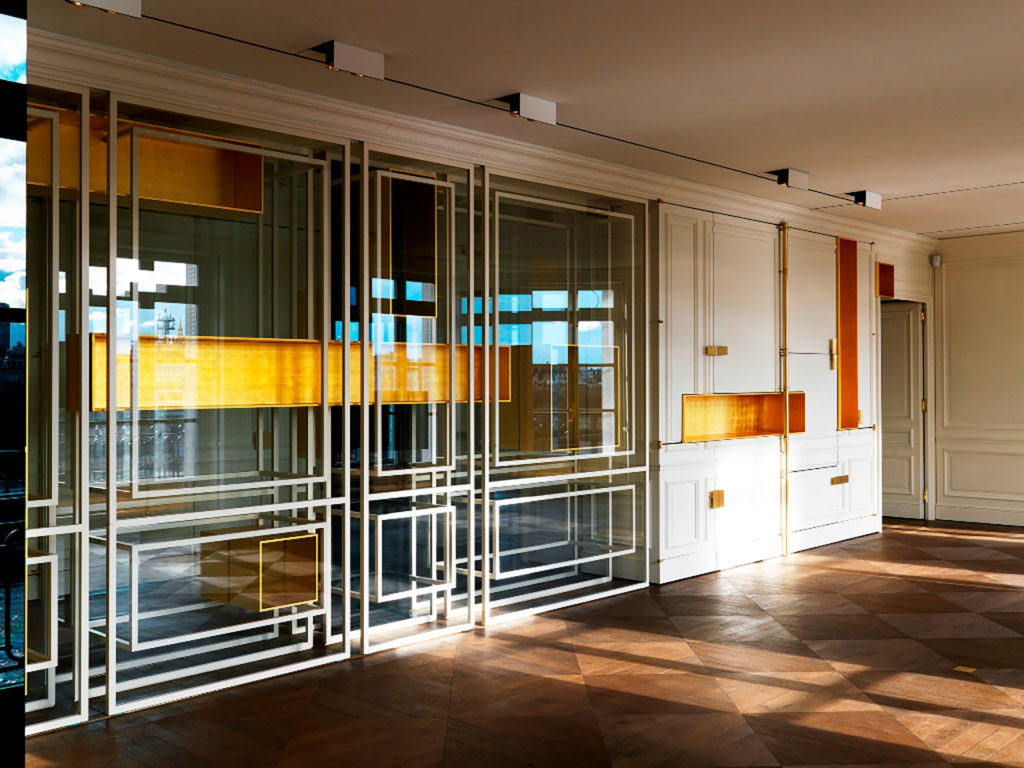 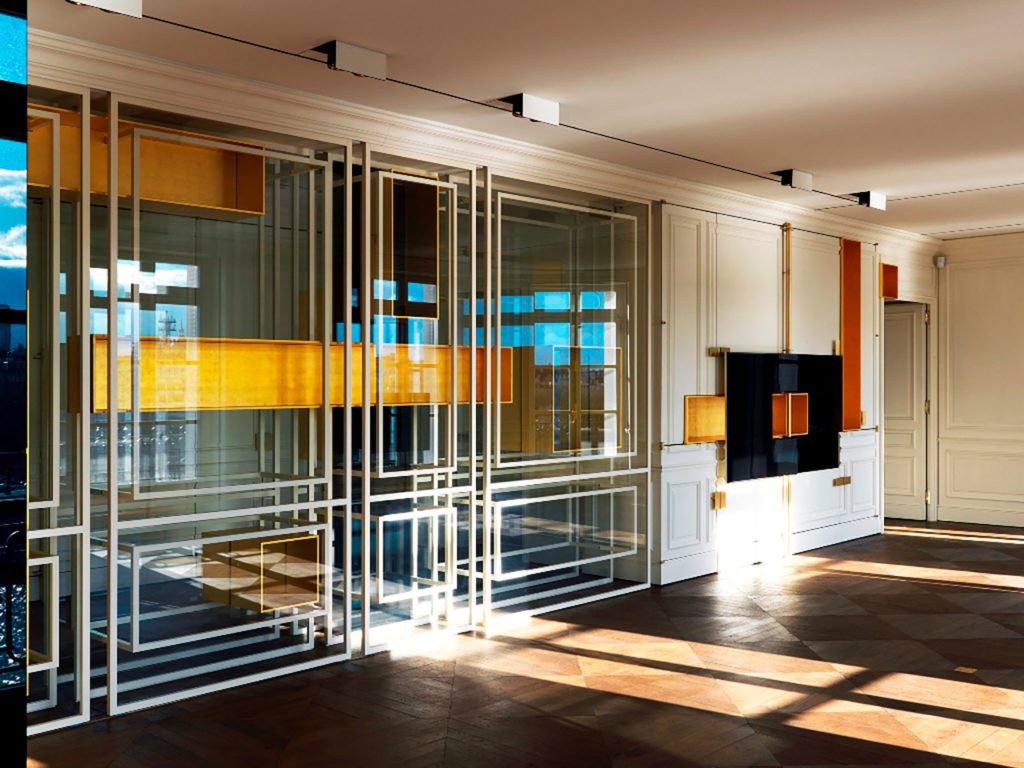 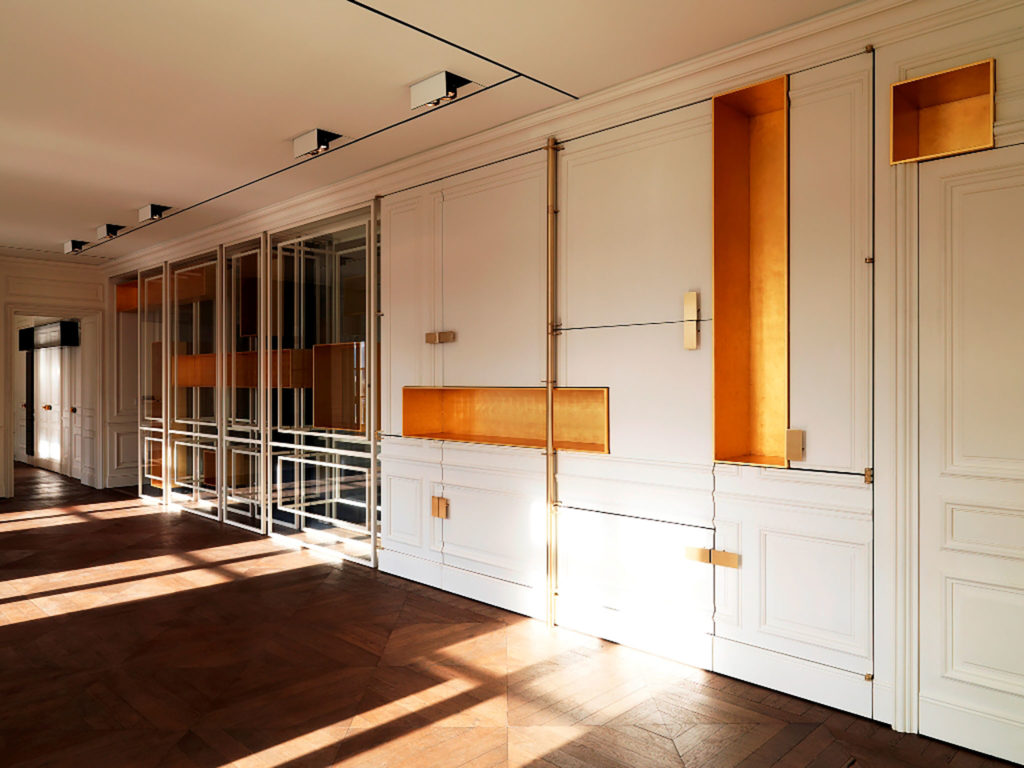 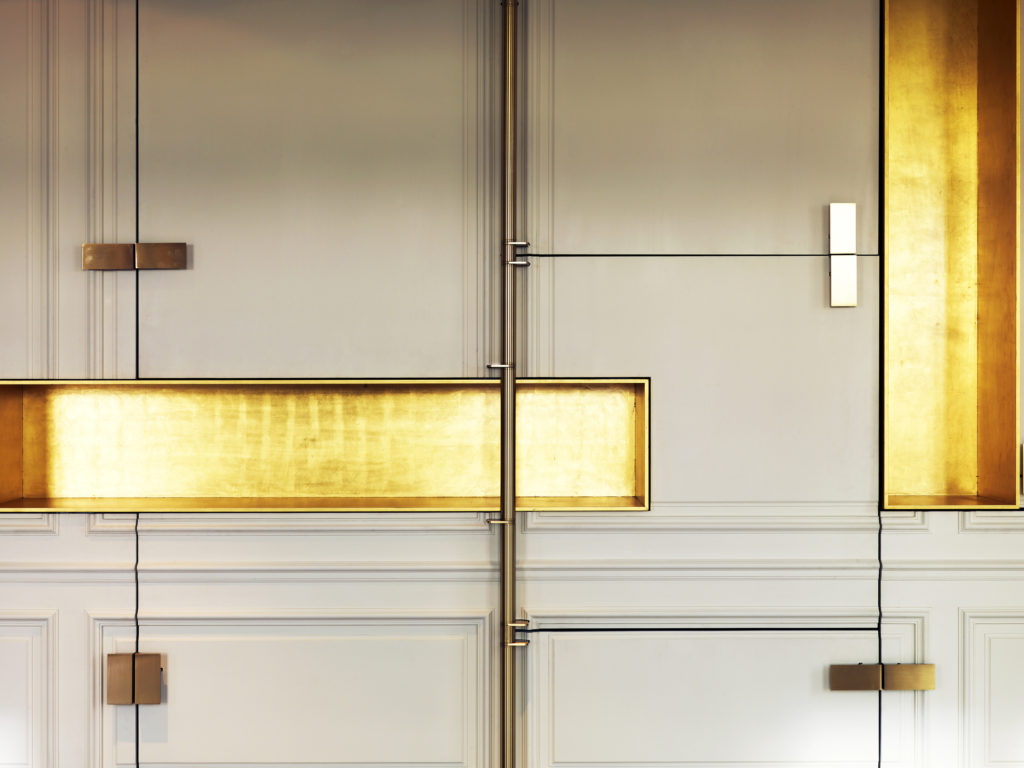 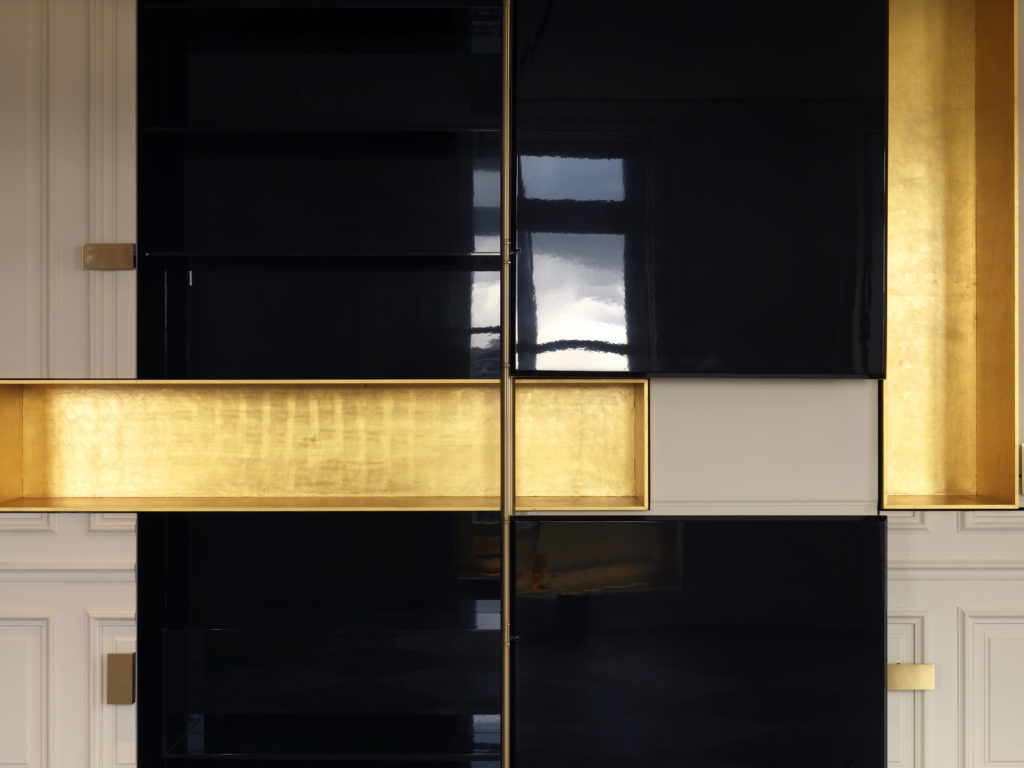 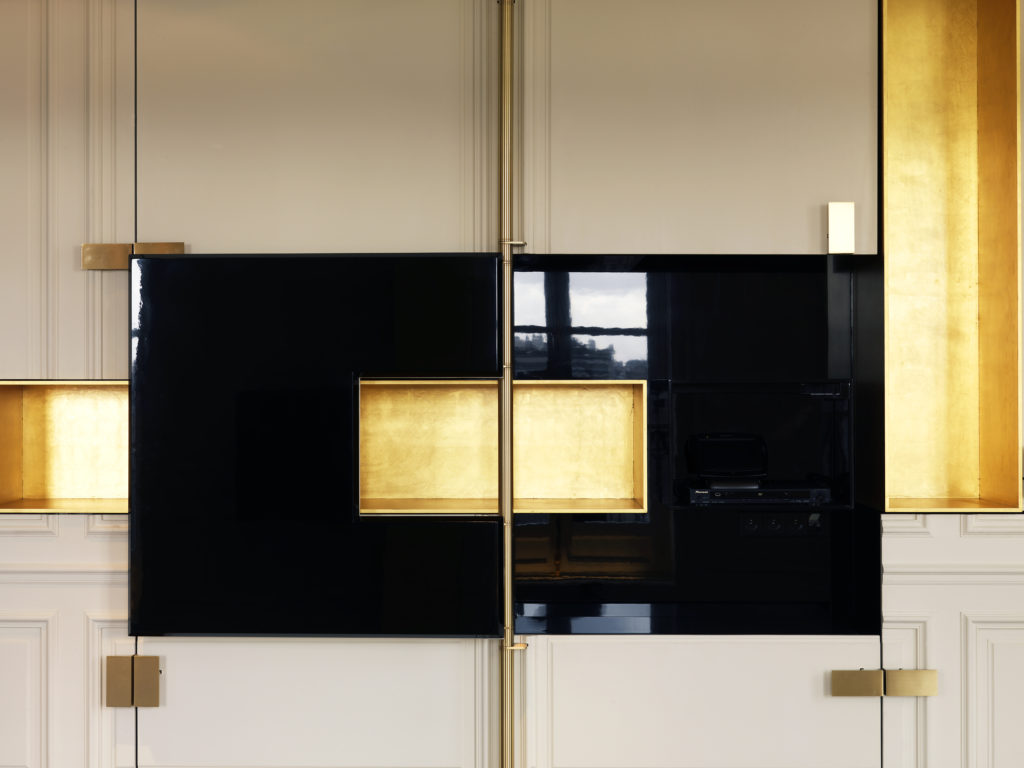 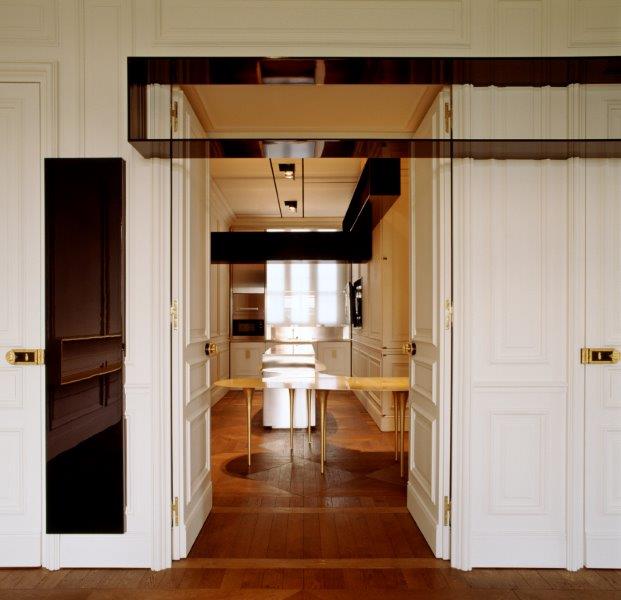 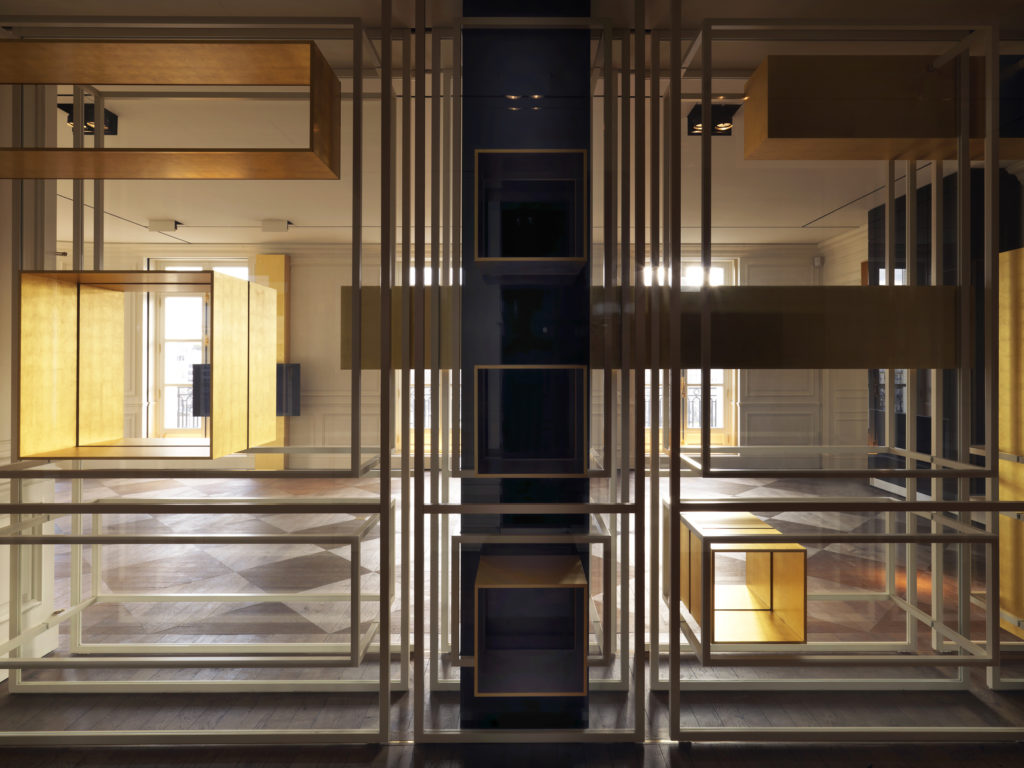 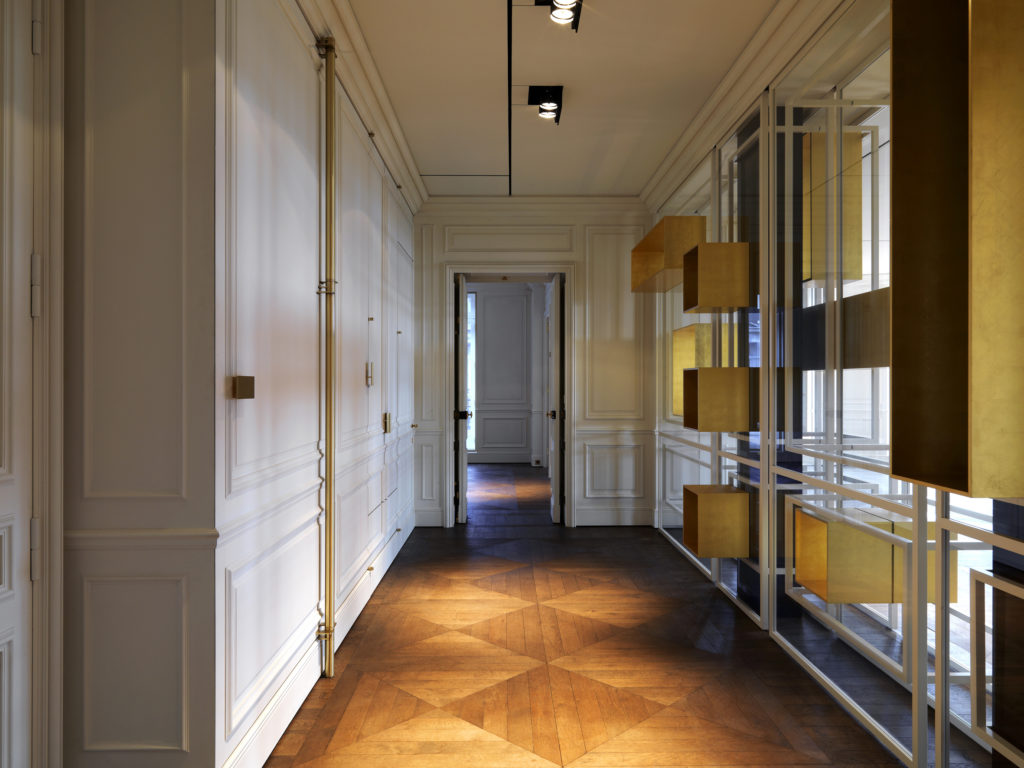 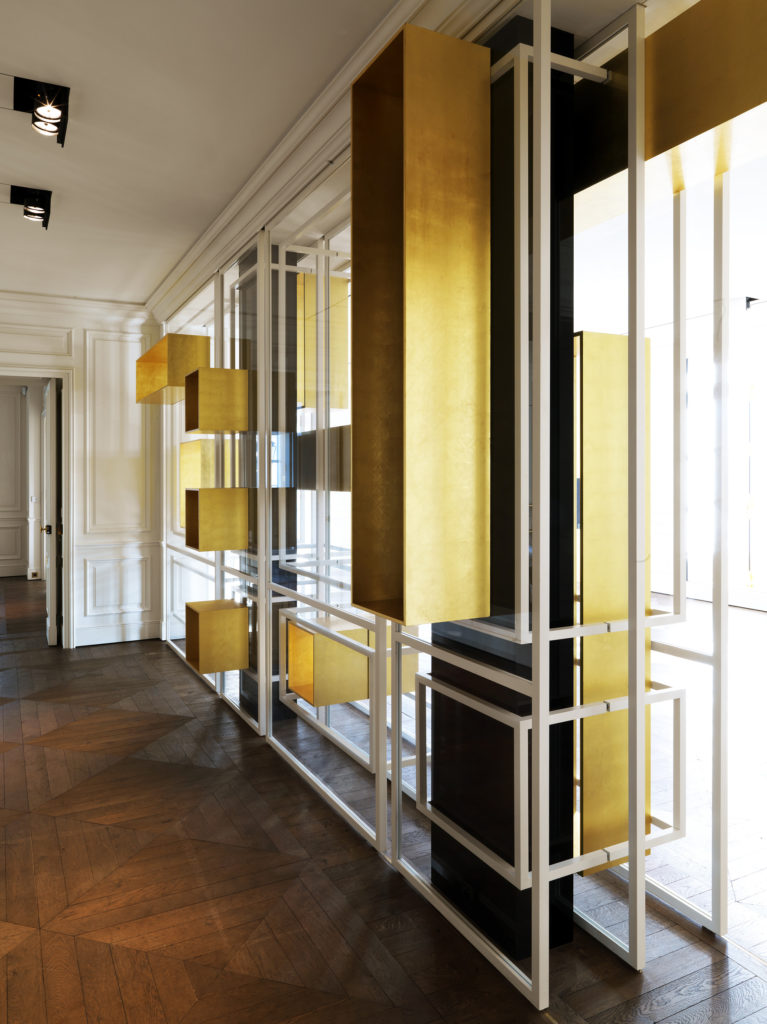 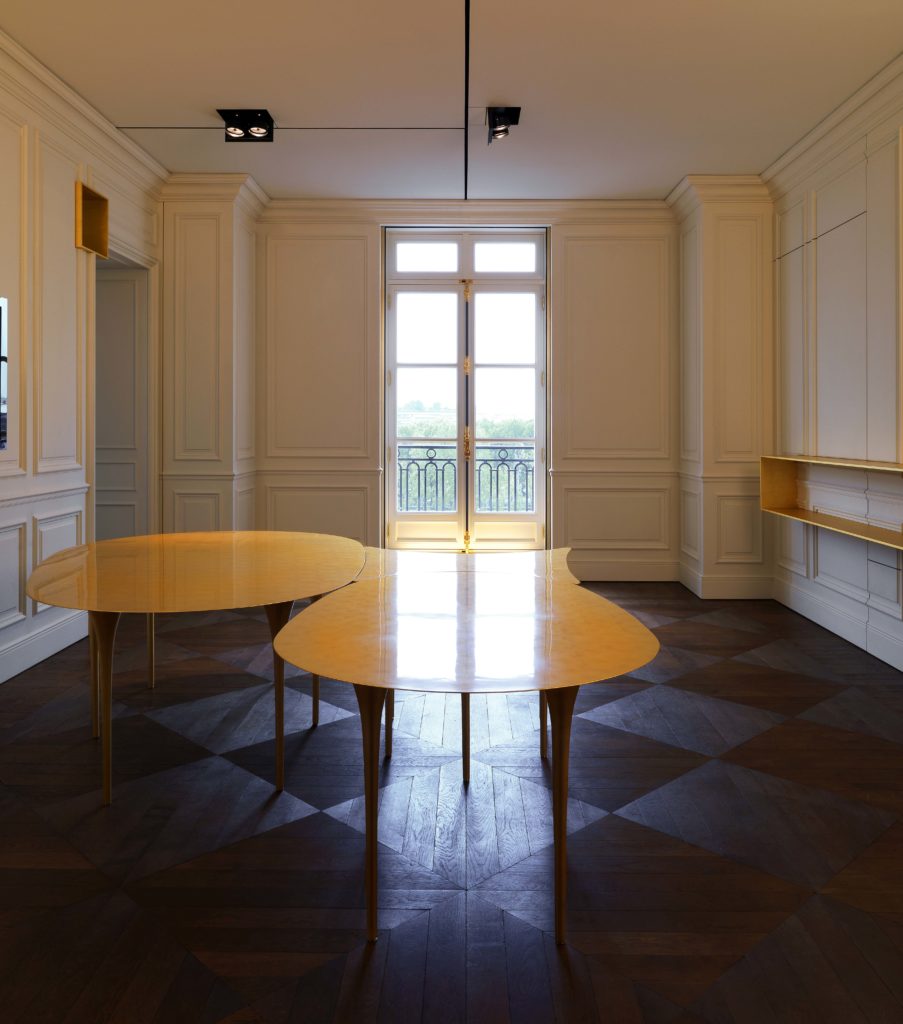 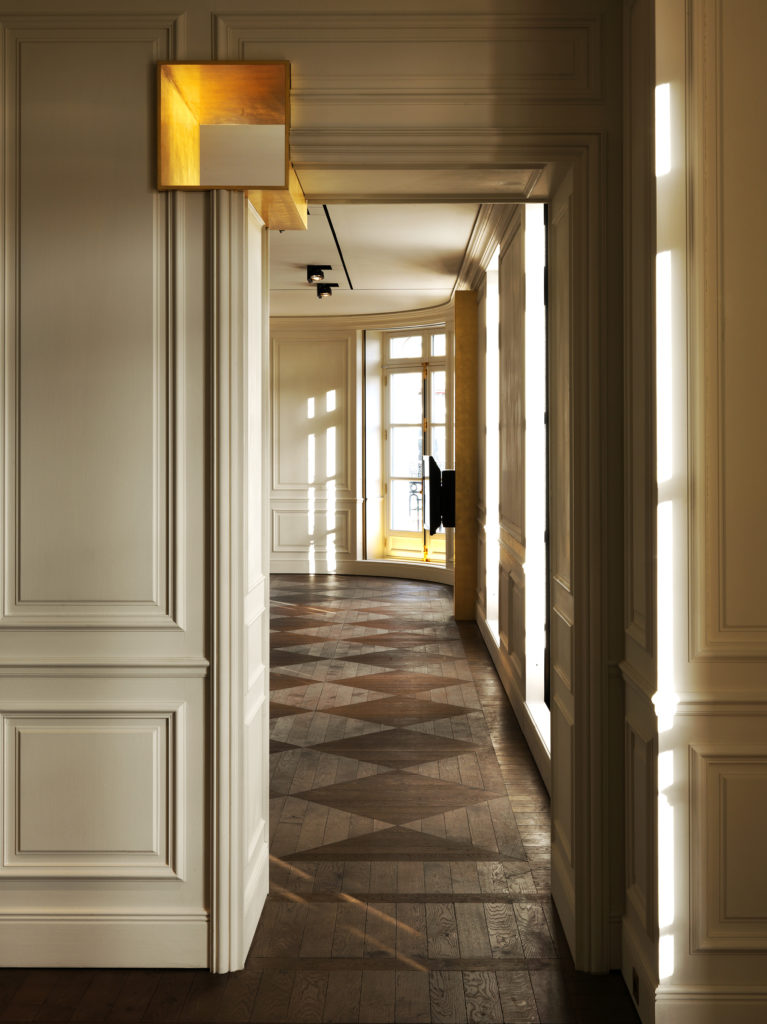 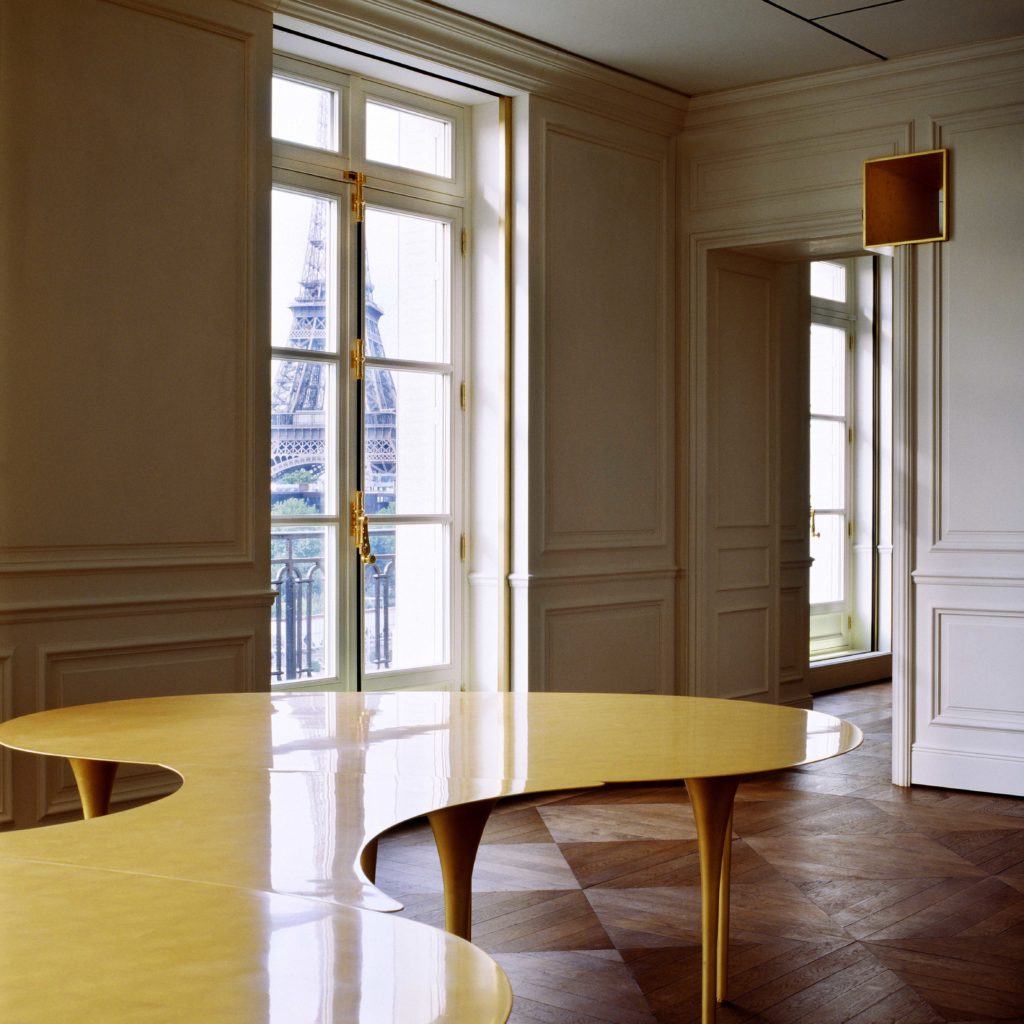 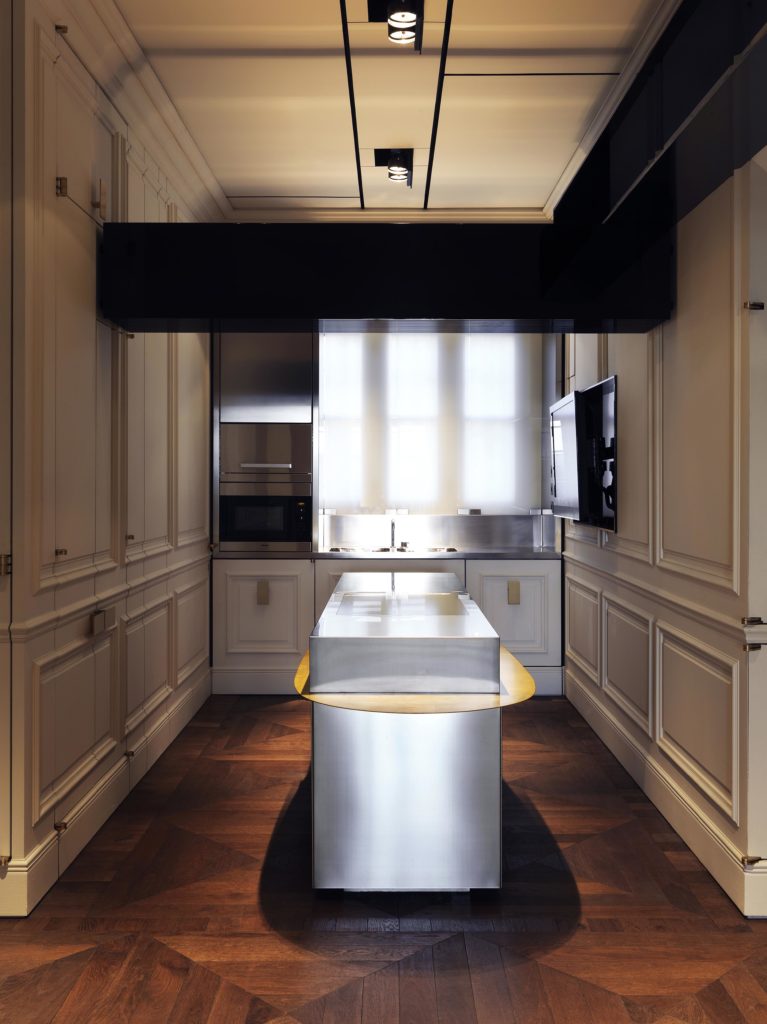 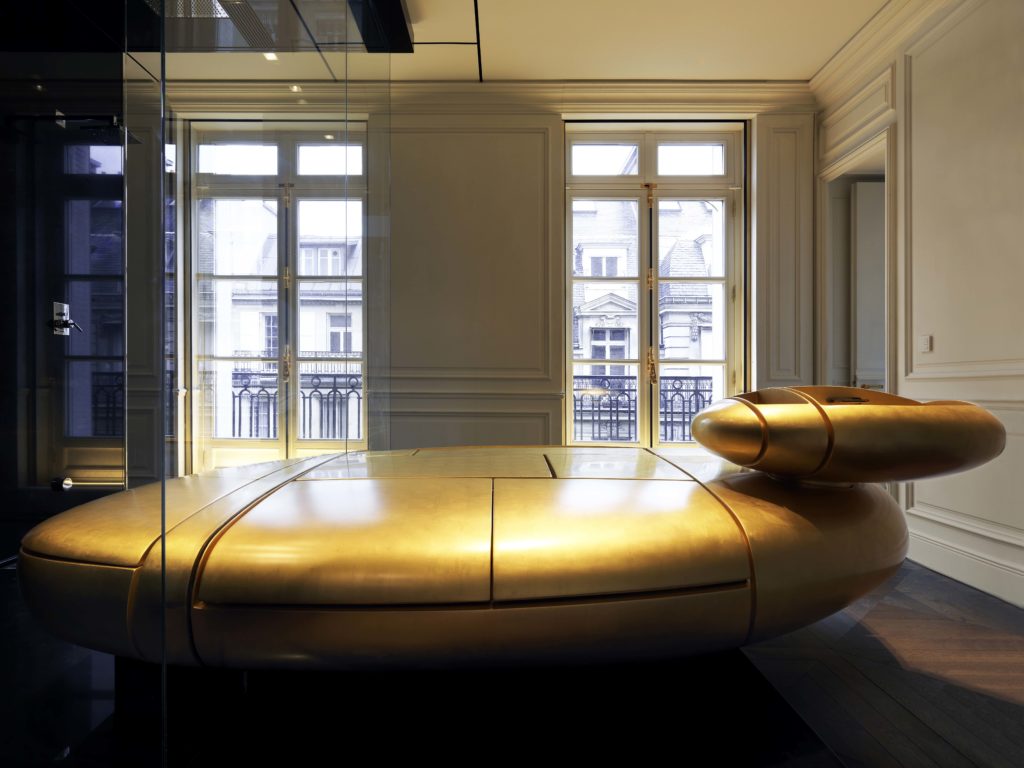 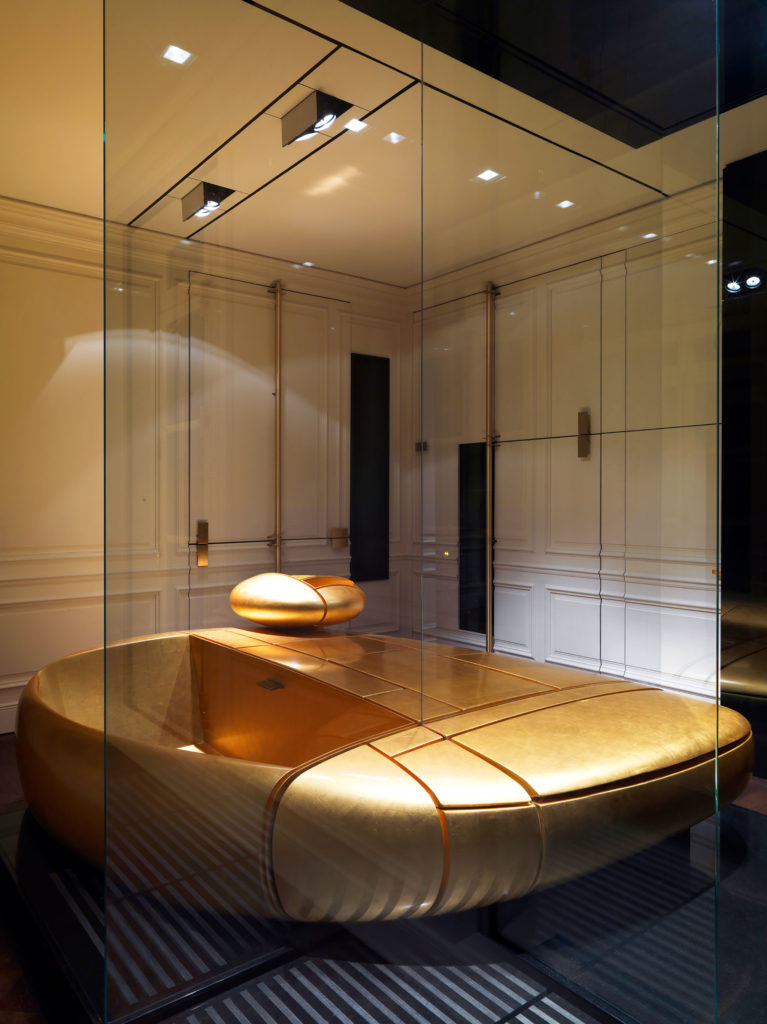 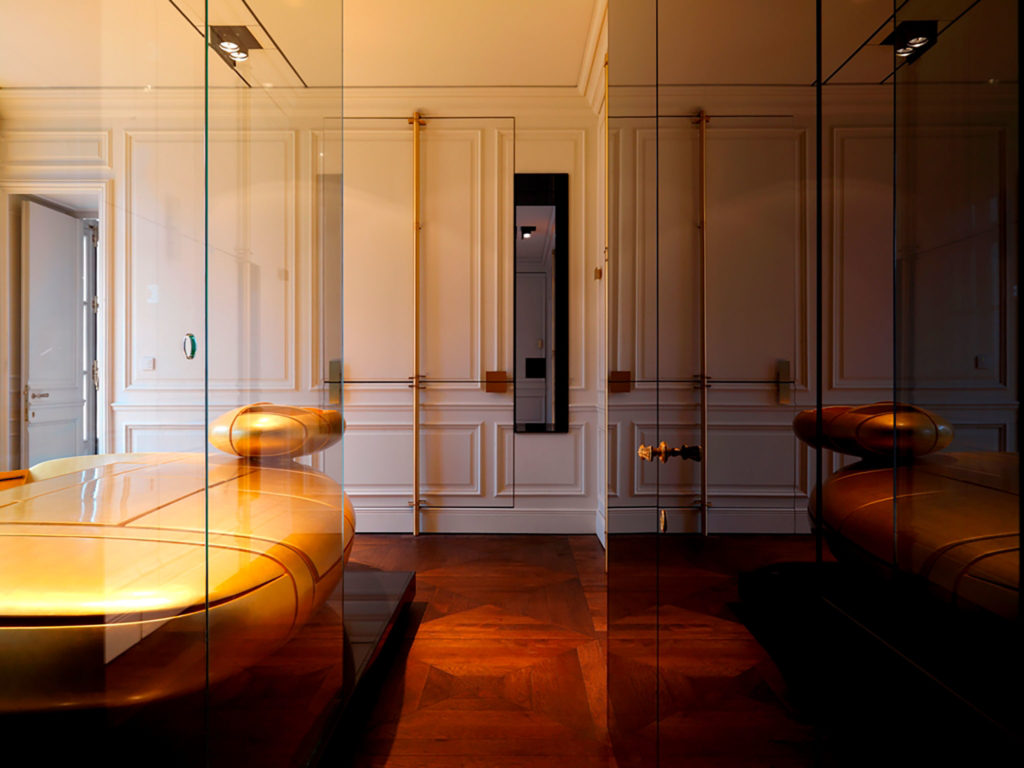 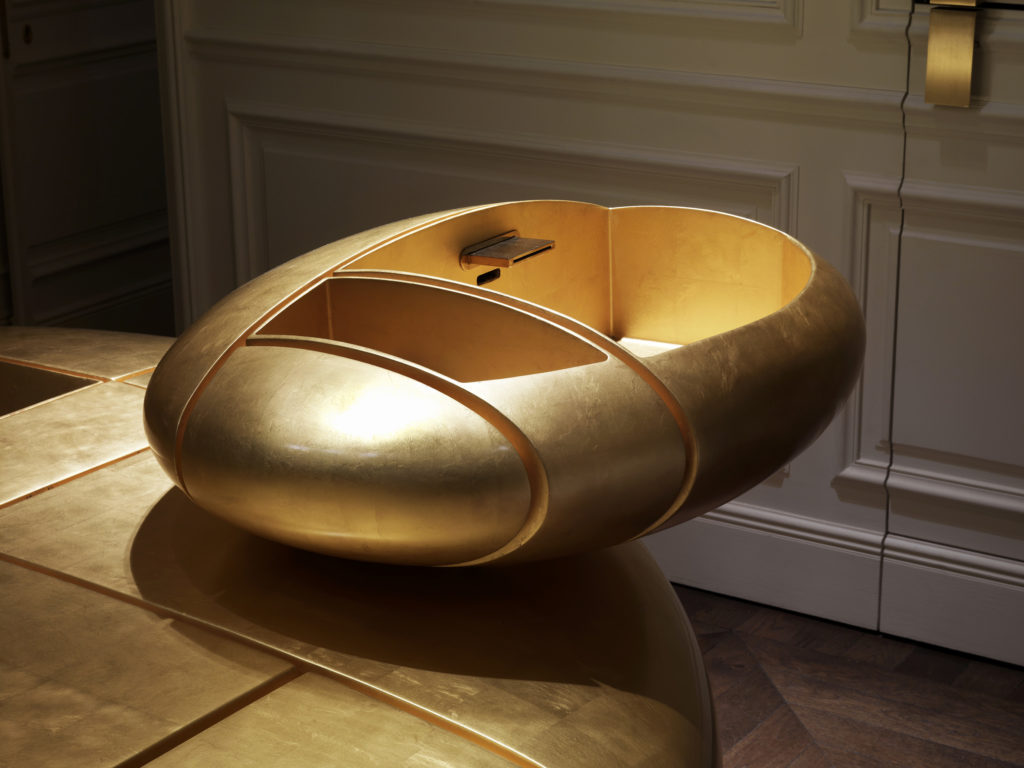