COMPETITION FOR AN OFFICE BUILDING IN BOLOGNA

Though a continuation of both the landscape and the buildings foreseen by Adolfo Natalini’s master plan, the design of this office complex in Bologna clearly expresses its own character. From the master plan the project borrows the pitch of the roofs and the rhythm of columns, completing the edges of the lot defined by a garden with a project built on the relationship with the surrounding natural landscape. The buildings thus create a landscape of terracotta tile roofs suspended above the undulating profile of the central garden. The resulting context is attractive for its sober and discrete appearance.

The project includes a group of structures articulated in three parts in a landscaped setting that becomes not only a central courtyard, but the true heart of the intervention. Of these three elements, one is three-storeys in height, the second two-storeys, while the third and lowest functions as a central hinge. These differing heights are unified by a system of roofs that represents one of the project’s most distinctive signs. Its surface, covered with handmade tiles resistant to freezing, folds like a large ribbon wrapping the garden. It modulates direction and elevation, insinuating itself into deep folds.

As a further sign of its continuity with the site and its history, the buildings employ the traditional building technology of reinforced concrete columns, floors slabs and beams.

A system of adjustable Venetian blinds, which can be raised or lowered in response to climatic and seasonal conditions, is inspired by the lightness of haylofts and tobacco drying warehouses. In addition to screening light and regulating the natural illumination of the interiors, the external Venetian blinds also reduce the impact on the façade of solar heat gain. 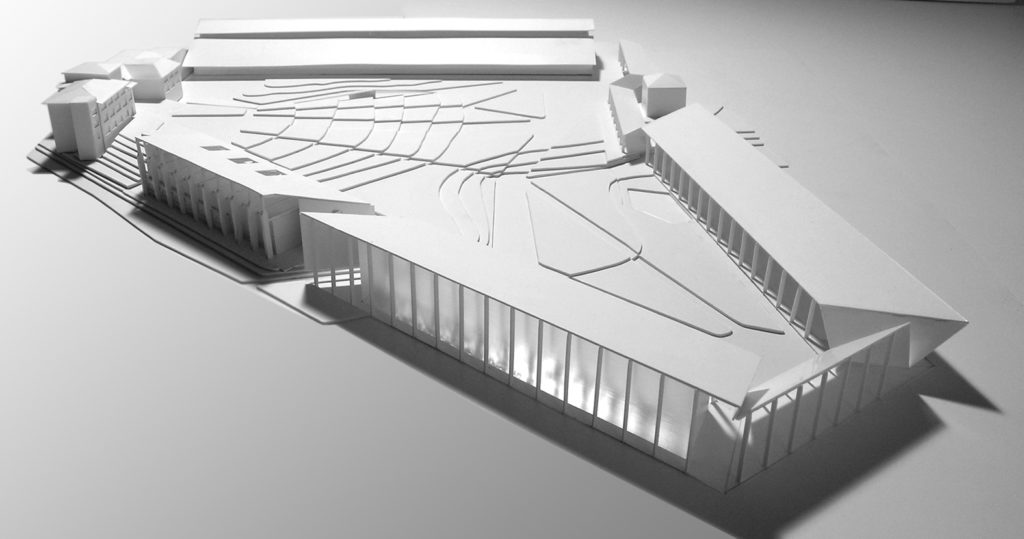 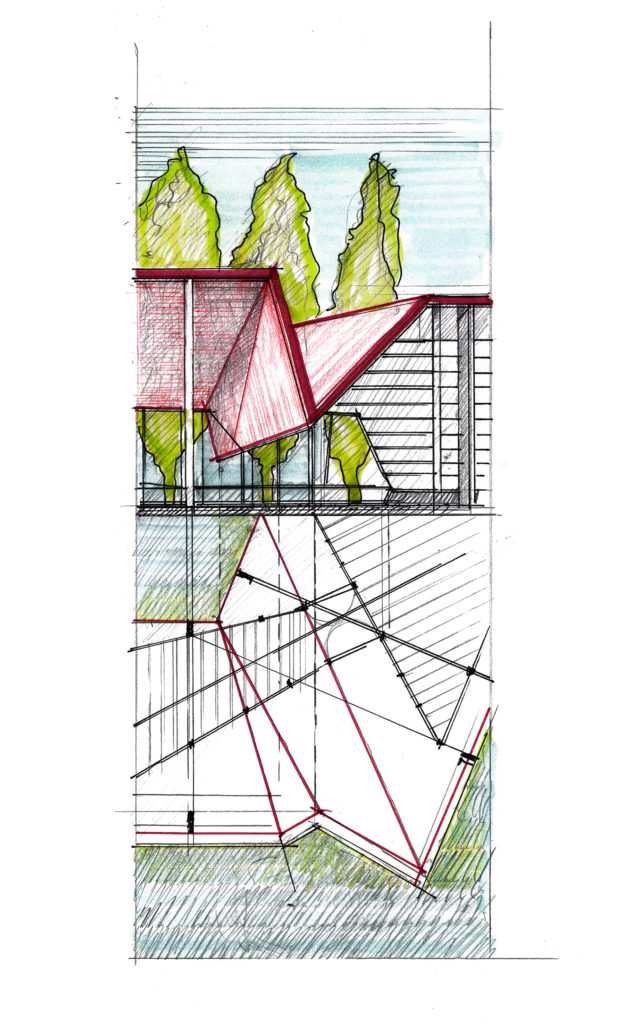 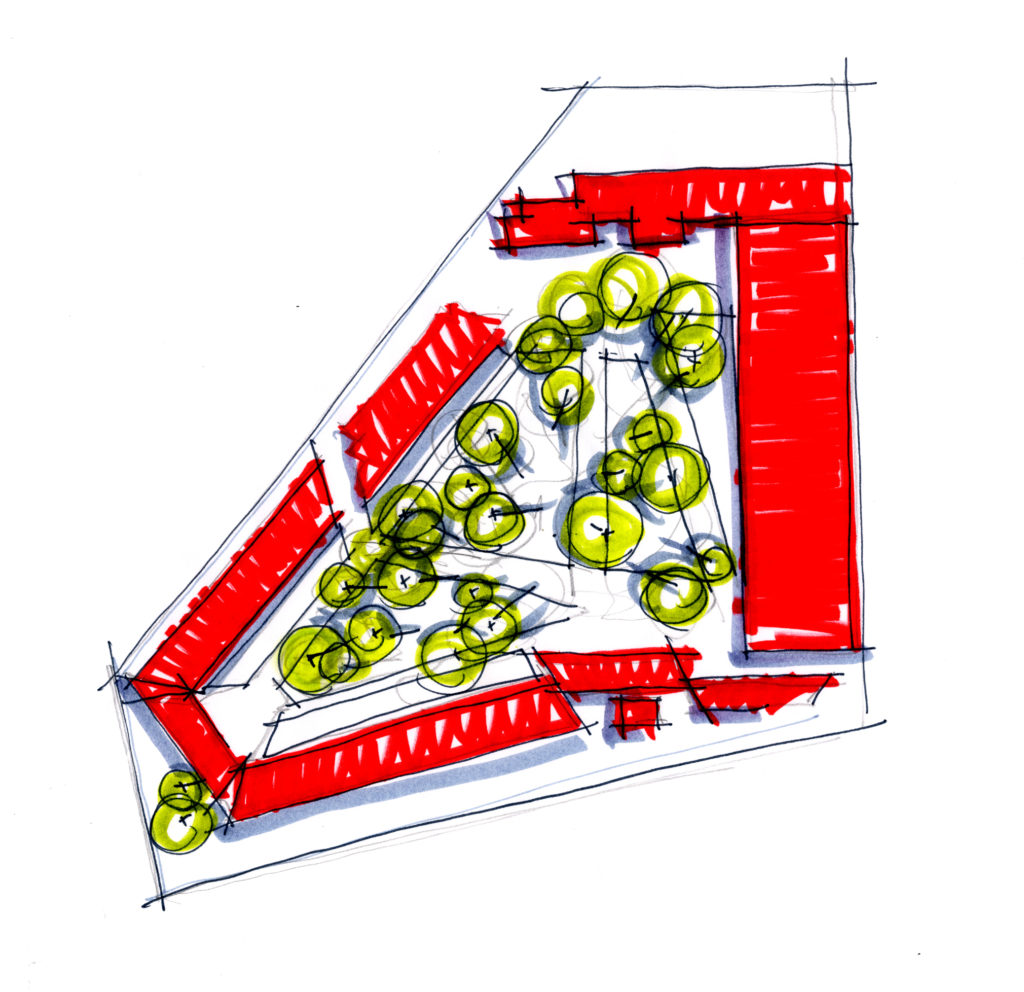 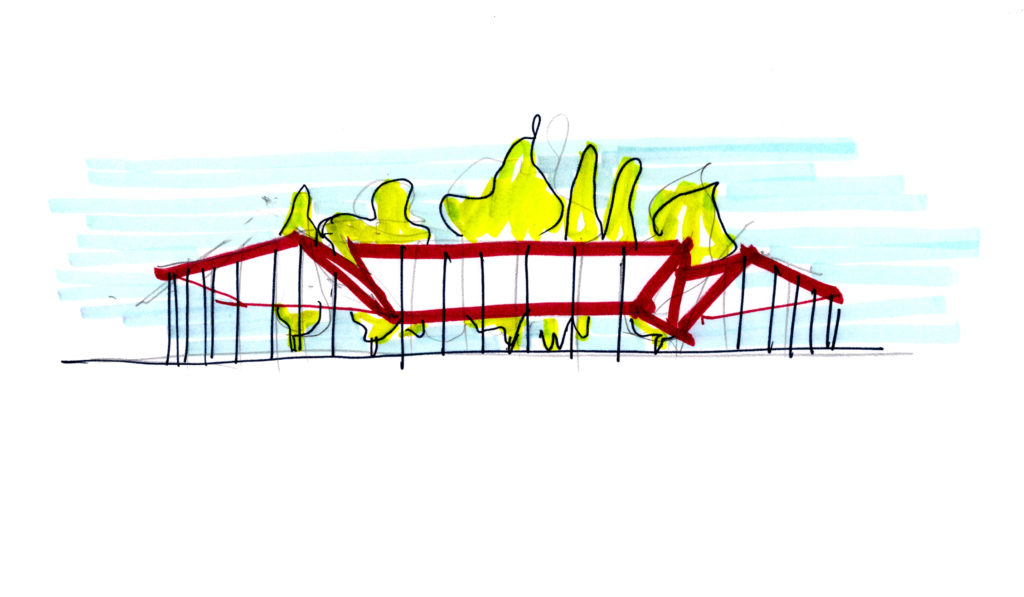