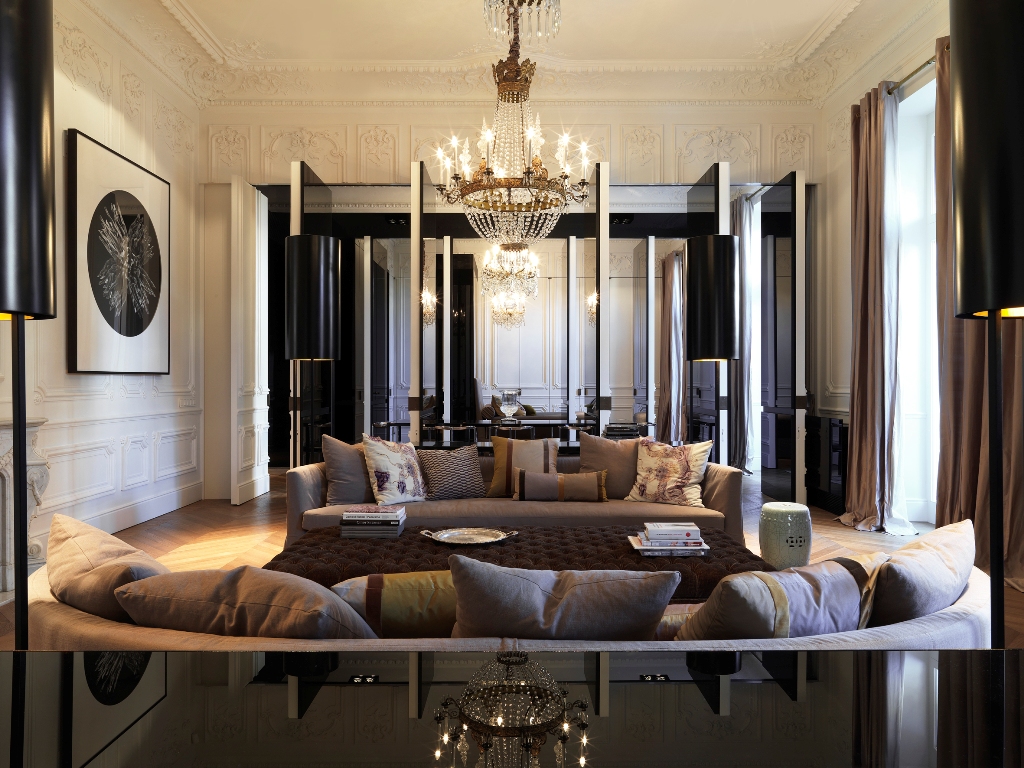 This home presents many different faces in one: a large New York style loft, open to numerous guests in the evenings; an intimate home of small separated spaces, each with its own style of hospitality; a typical French household, a jewel of the Belle Époque along the Côte d’Azur; a large cosmopolitan apartment. Transformability is the secret to the varying interpretation of its diverse expressions. The parti possesses the intelligent multifunctionality of the great modernist masters. Local colours embrace almost infinite variations that continually reinvent otherwise highly classical spaces, left free by a minimal intervention. The idea was that, more than forms it is the processes and variety of functions that render a space architecturally inhabitable. To obtain this result the architects eliminated all of the partitions that constrictively fragmented the space, substituting them with an ingenious system of double-sided pivoting walls: one side maintains the typical boiserie of bas-reliefs; the other side is finished in a double glazed unit with a rigorous black background. The result is a dialogue between a double skin, between a more figurative and a more abstract matrix: a system of pivoting panels that can be rotated on their vertical axis to offer a range of varying layouts and different ways of inhabiting architectural space. The split personality of the façades is reflected in the detailing of the handles, inscribed within the boiserie on one side and set into a cut-void in the continuous black glass surface of the other side. The general concept is also respected on the terrace that runs the entire length of the apartment, almost creating its exterior twin. A chromatic interruption is introduced by a vast range of custom made cushions and carpets based on a careful study of traditional French textiles. 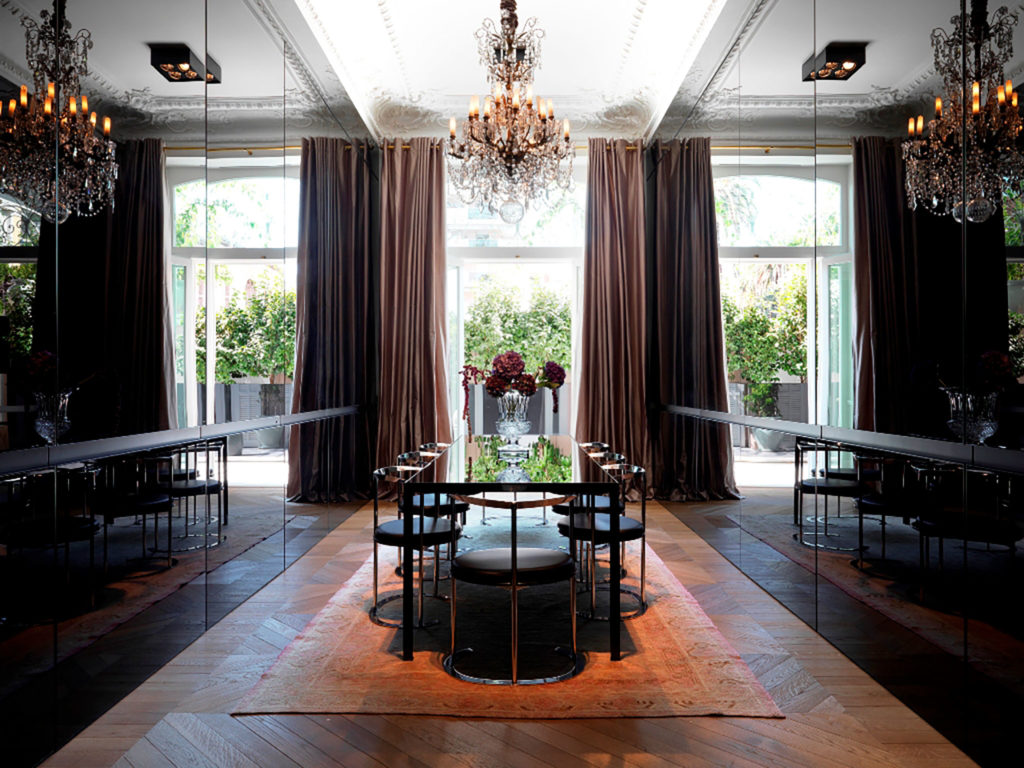 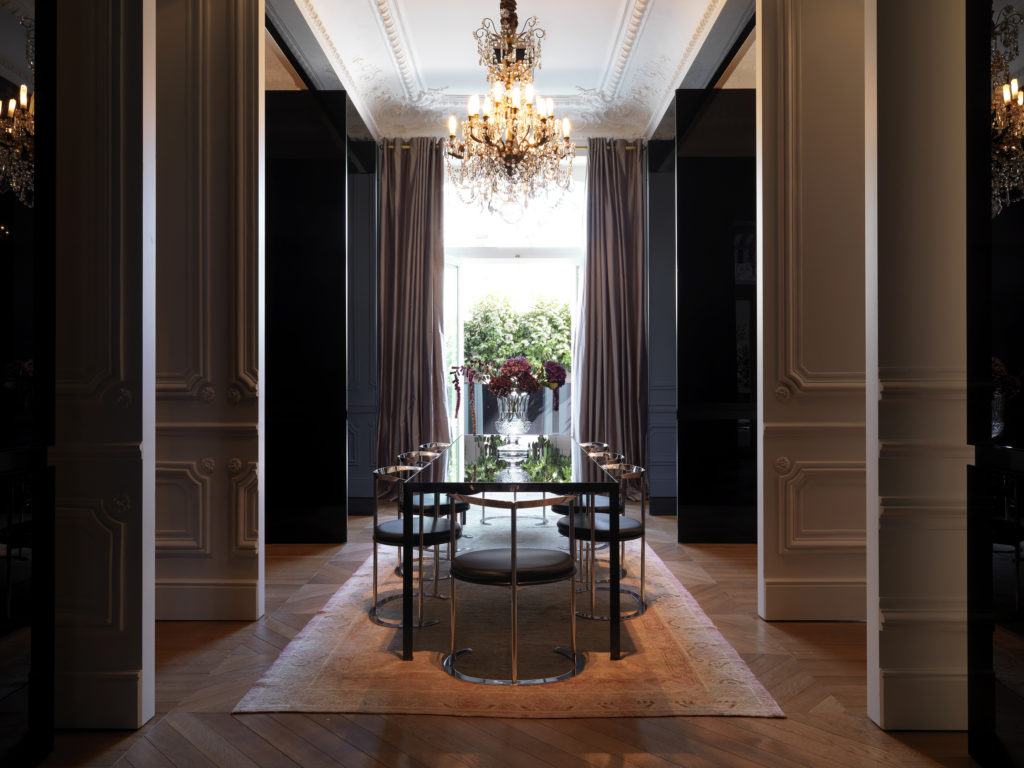 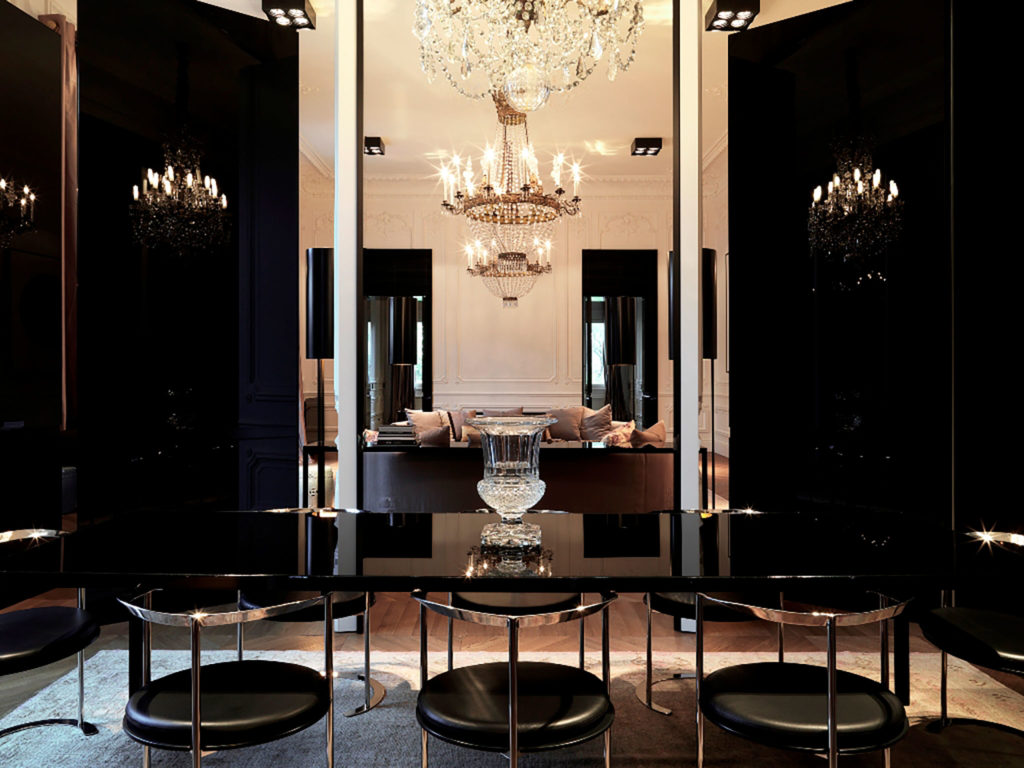 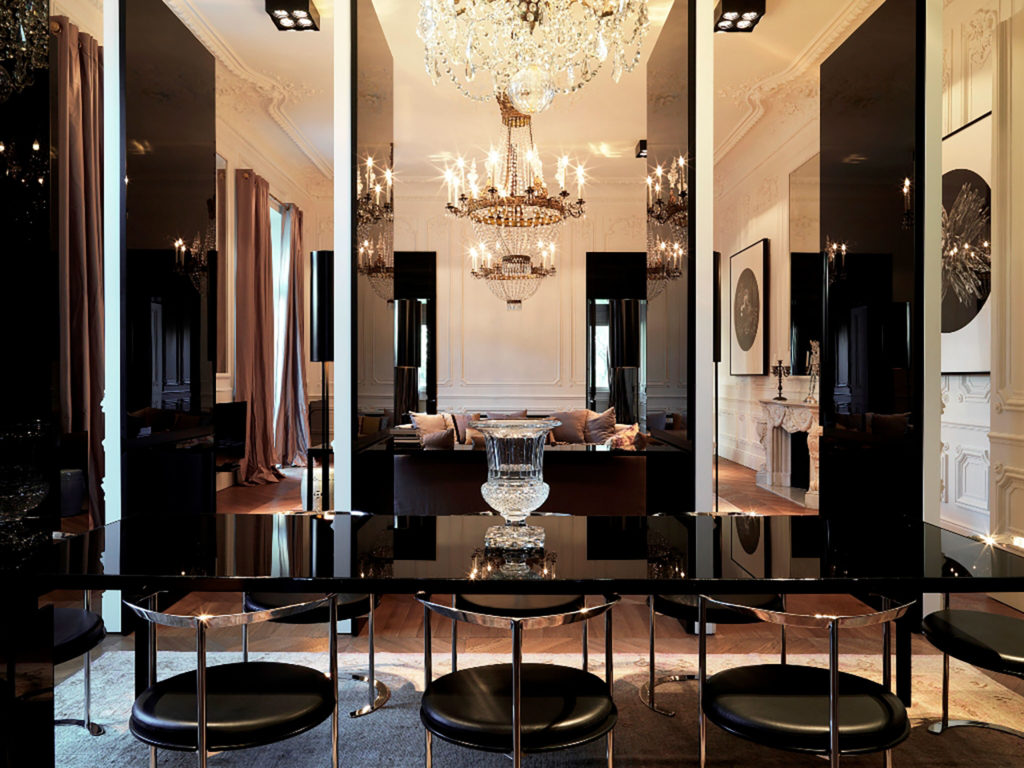 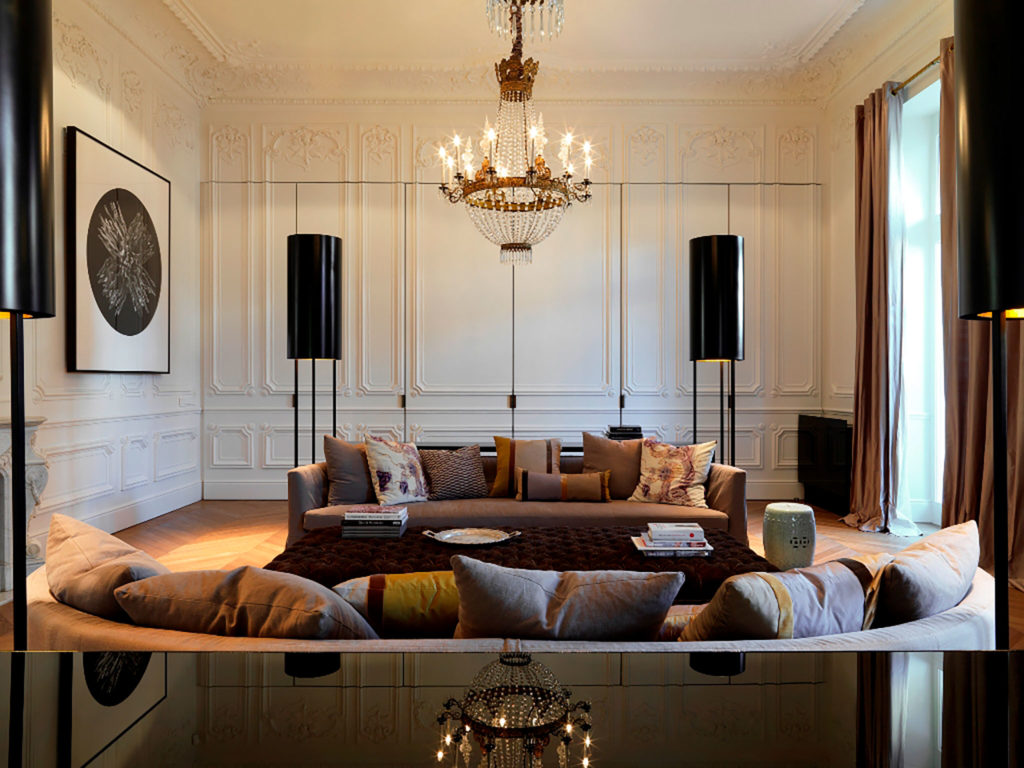 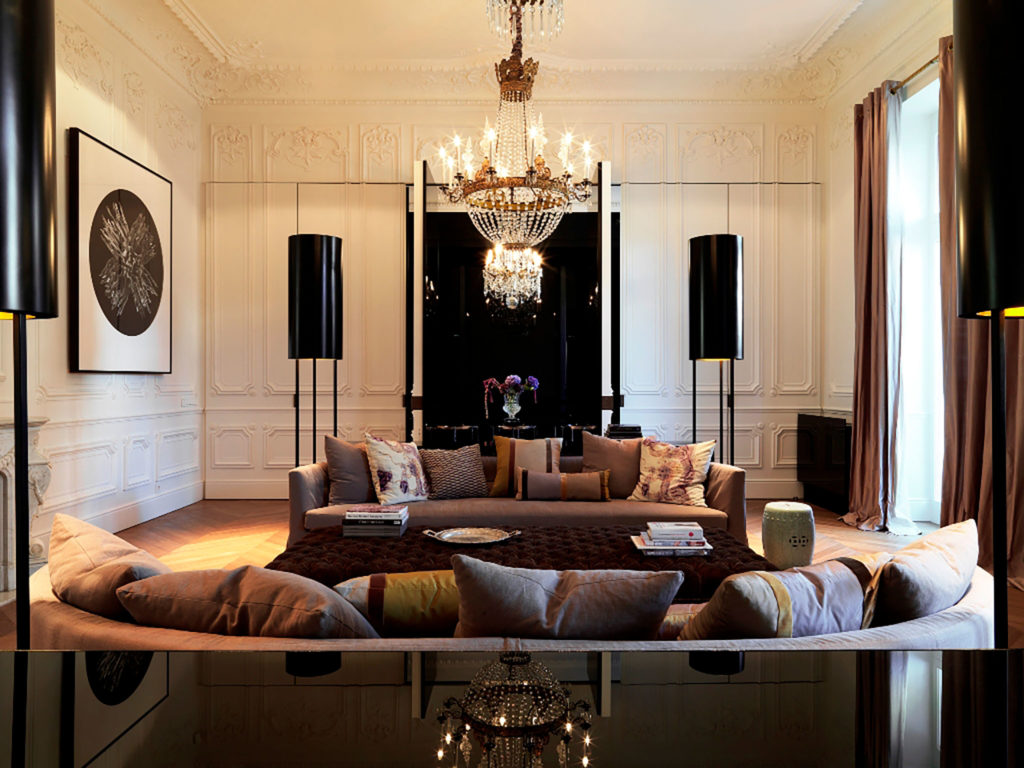 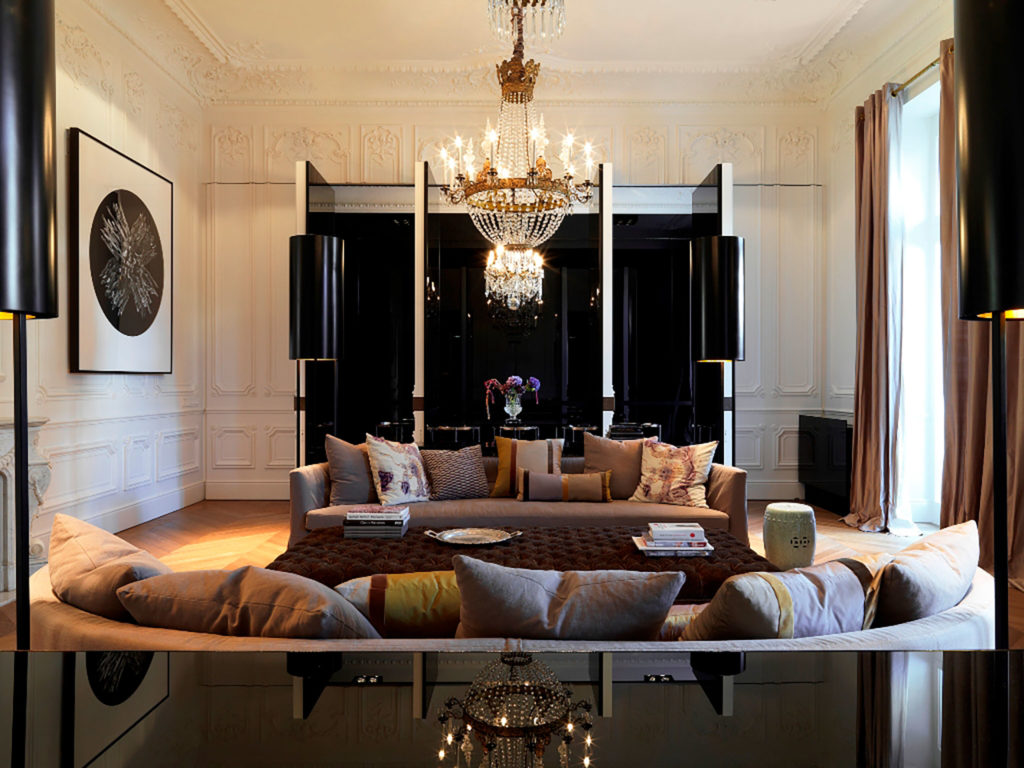 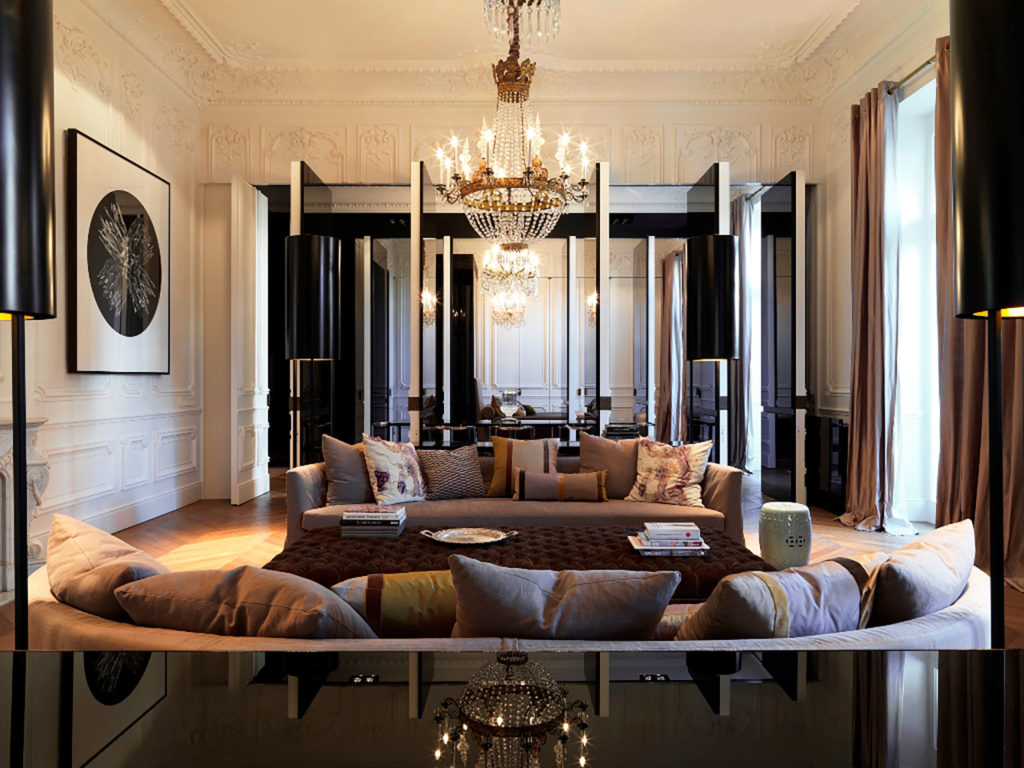 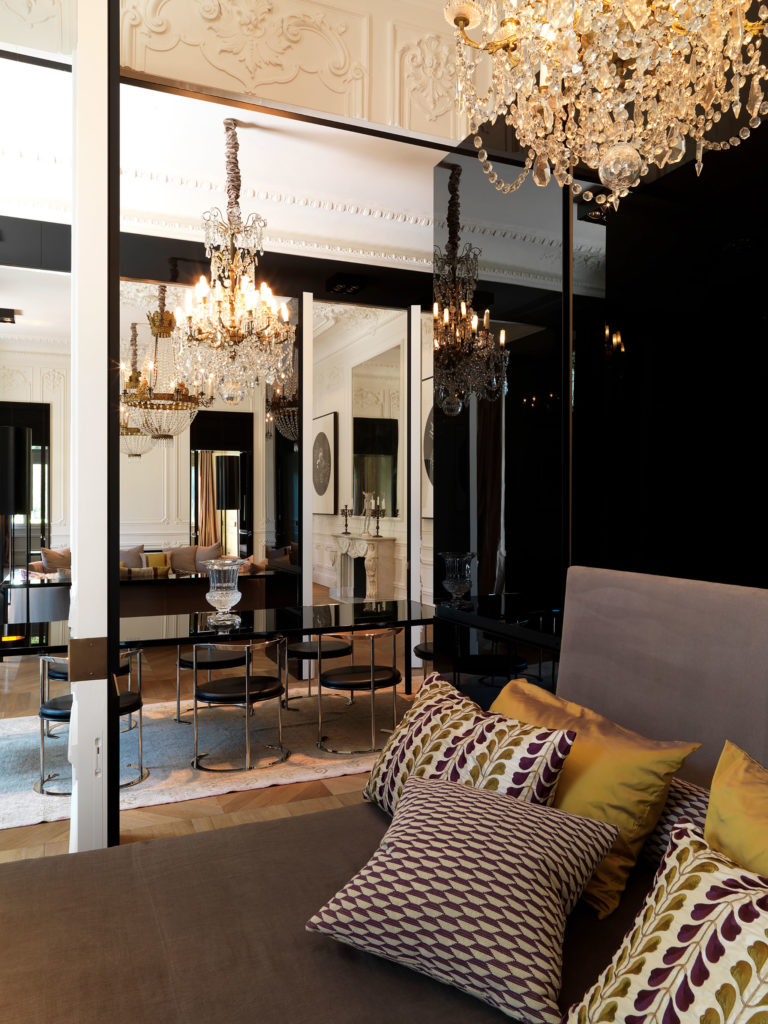 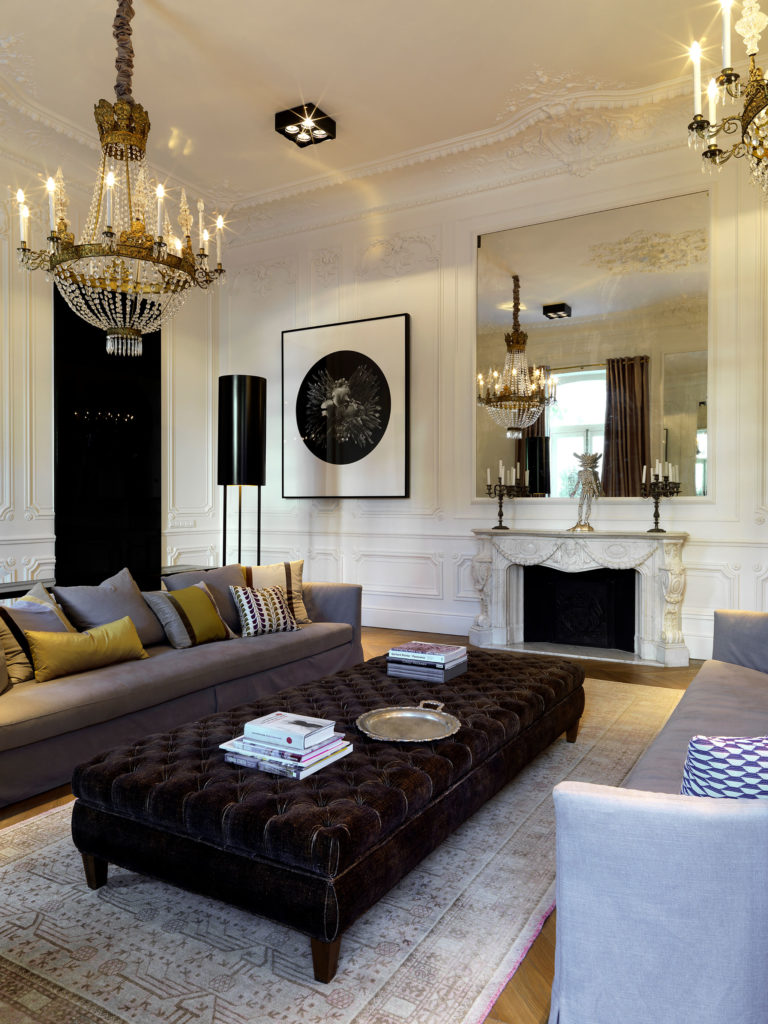 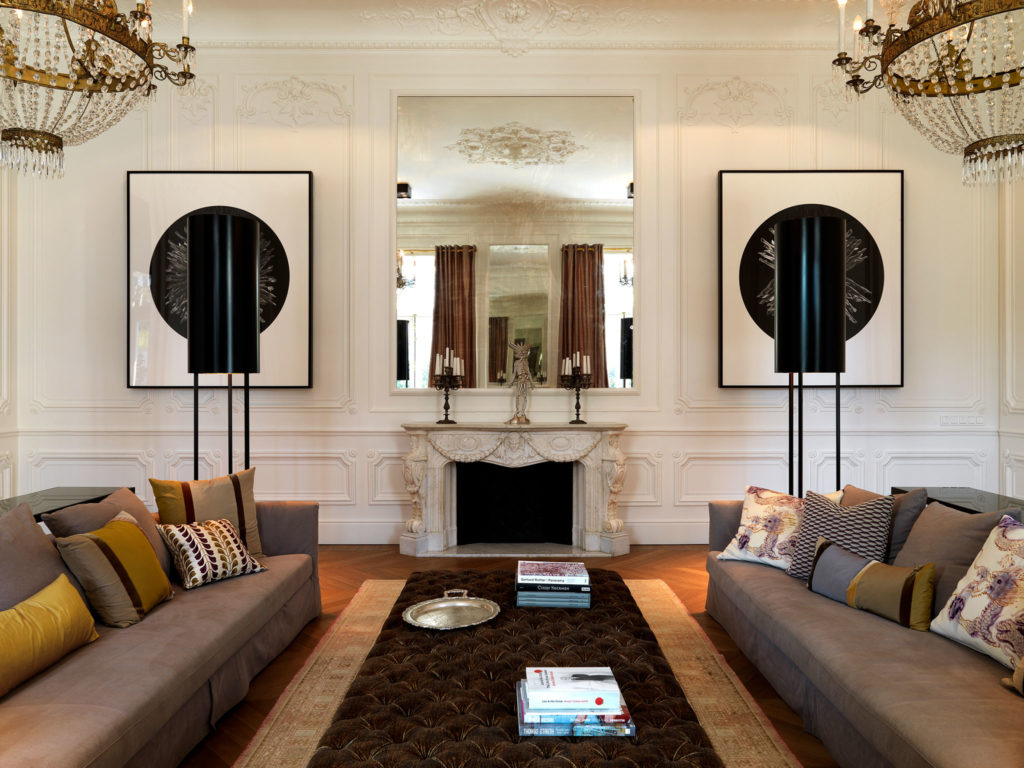 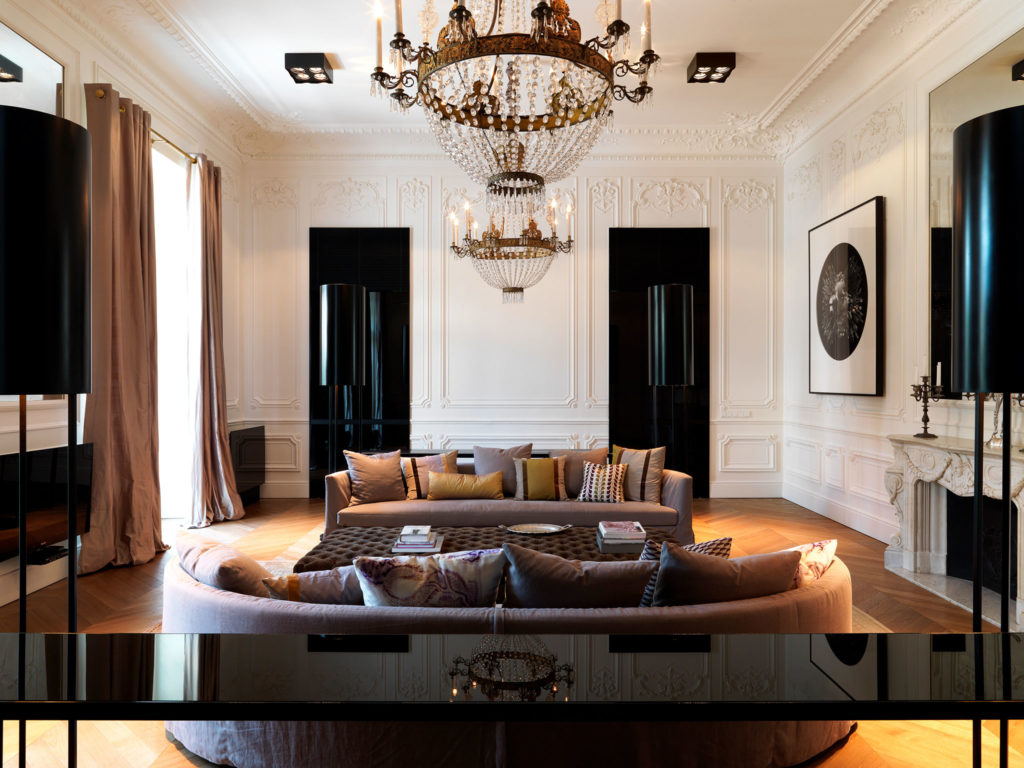 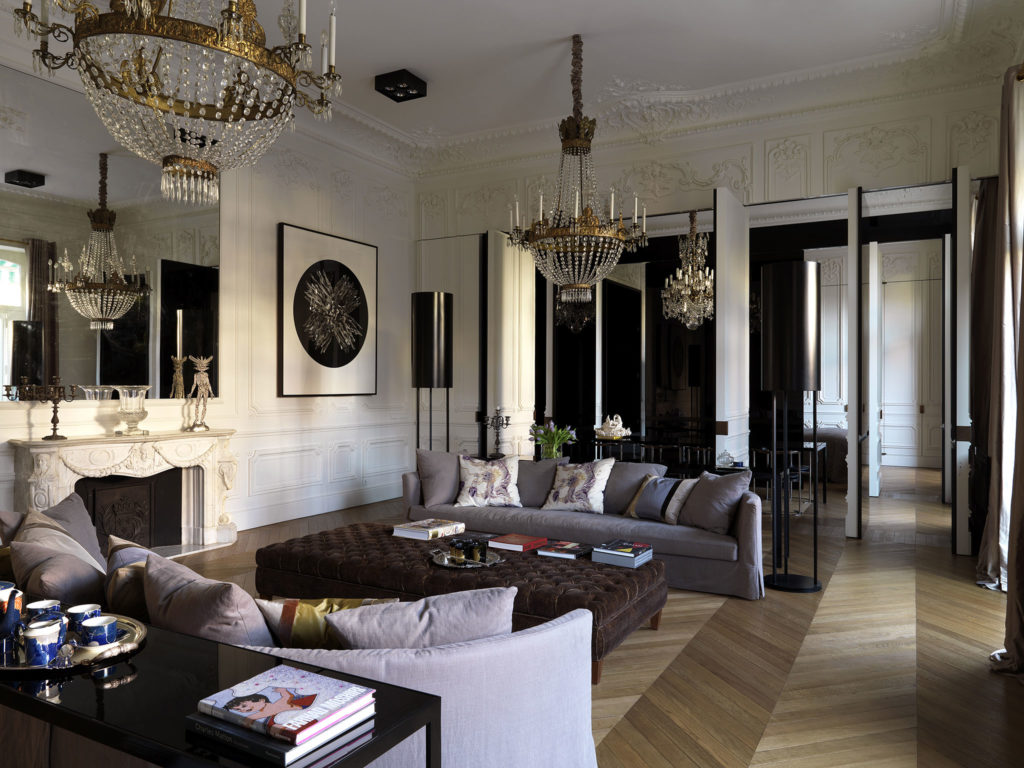 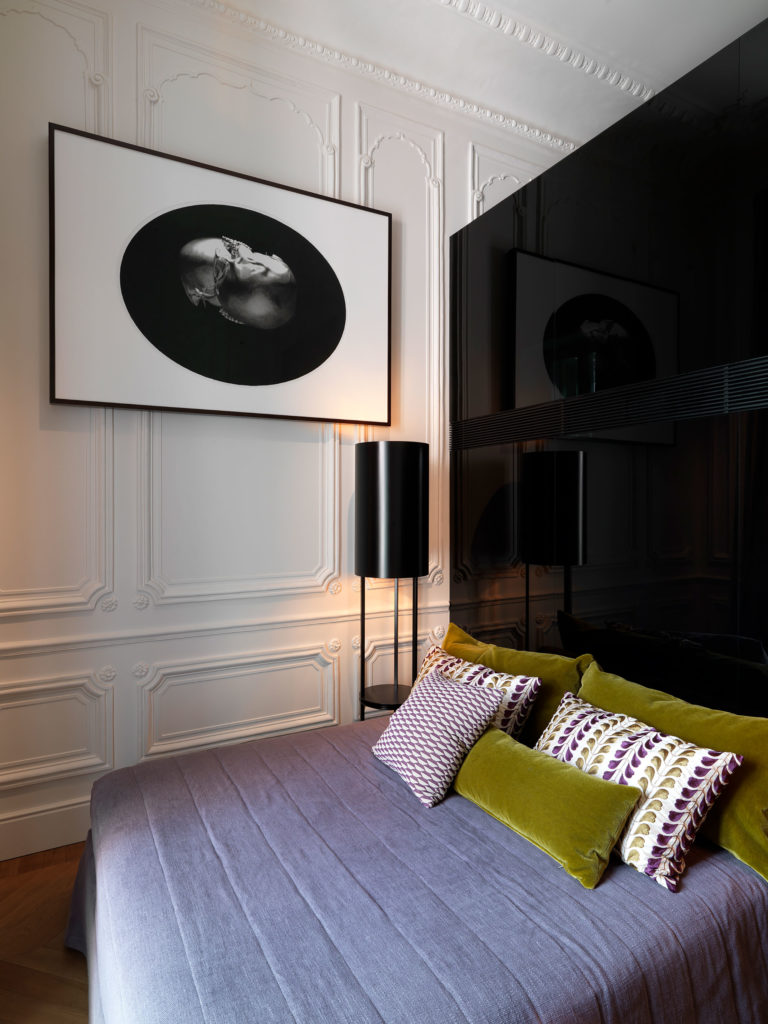 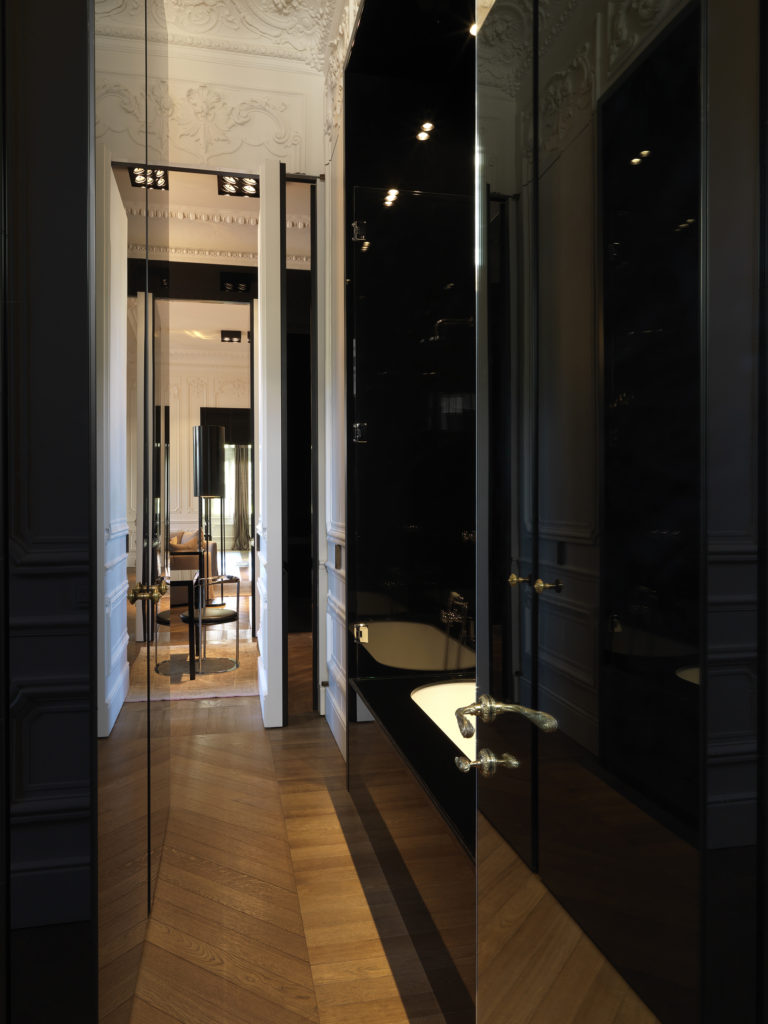 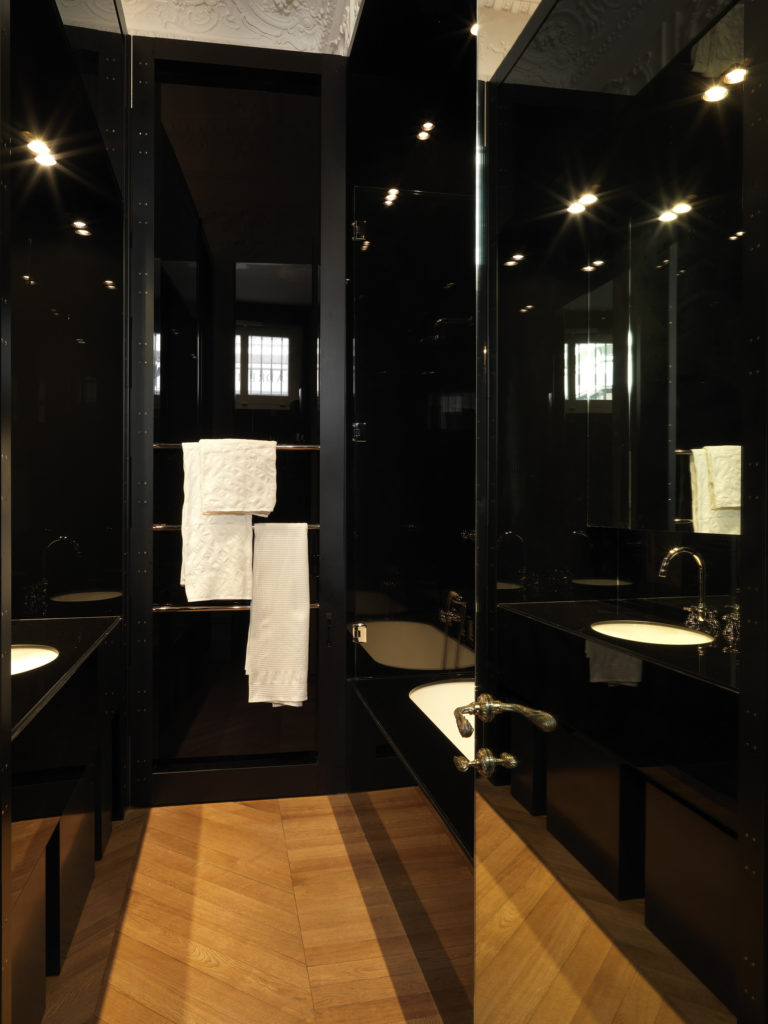 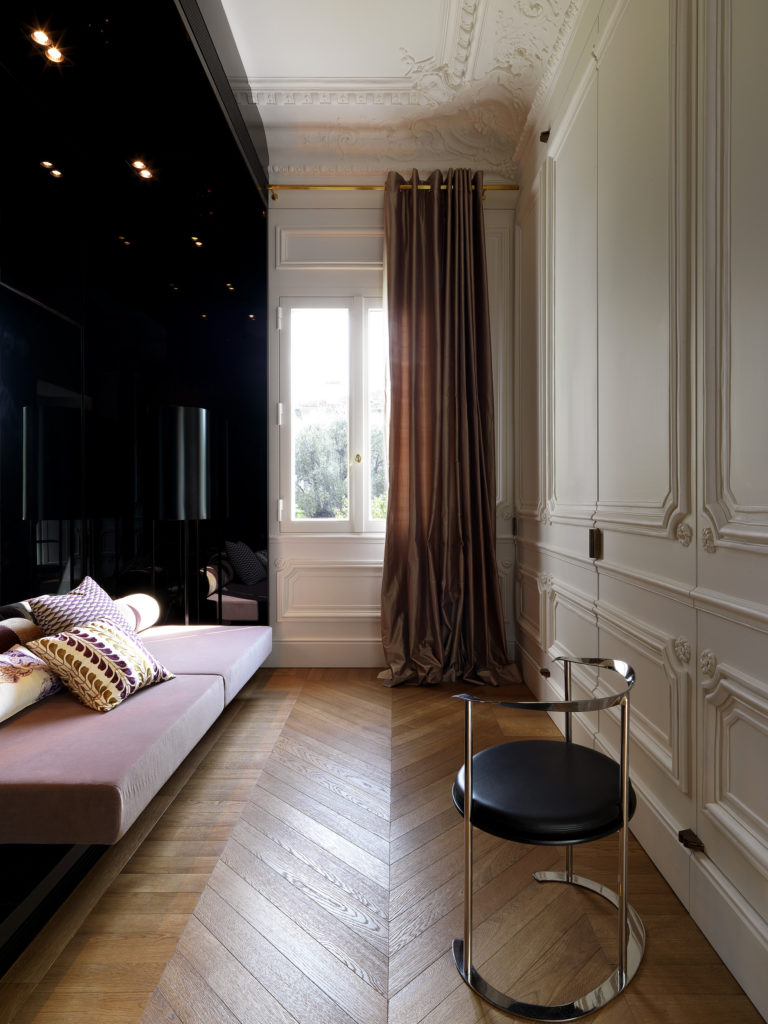 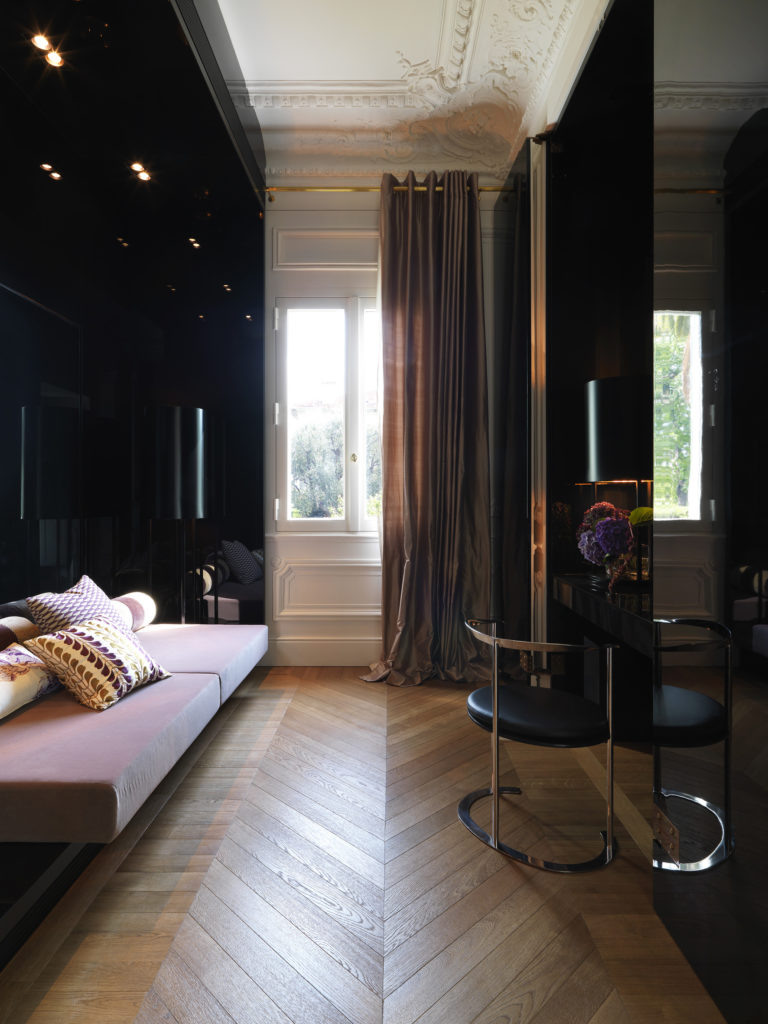 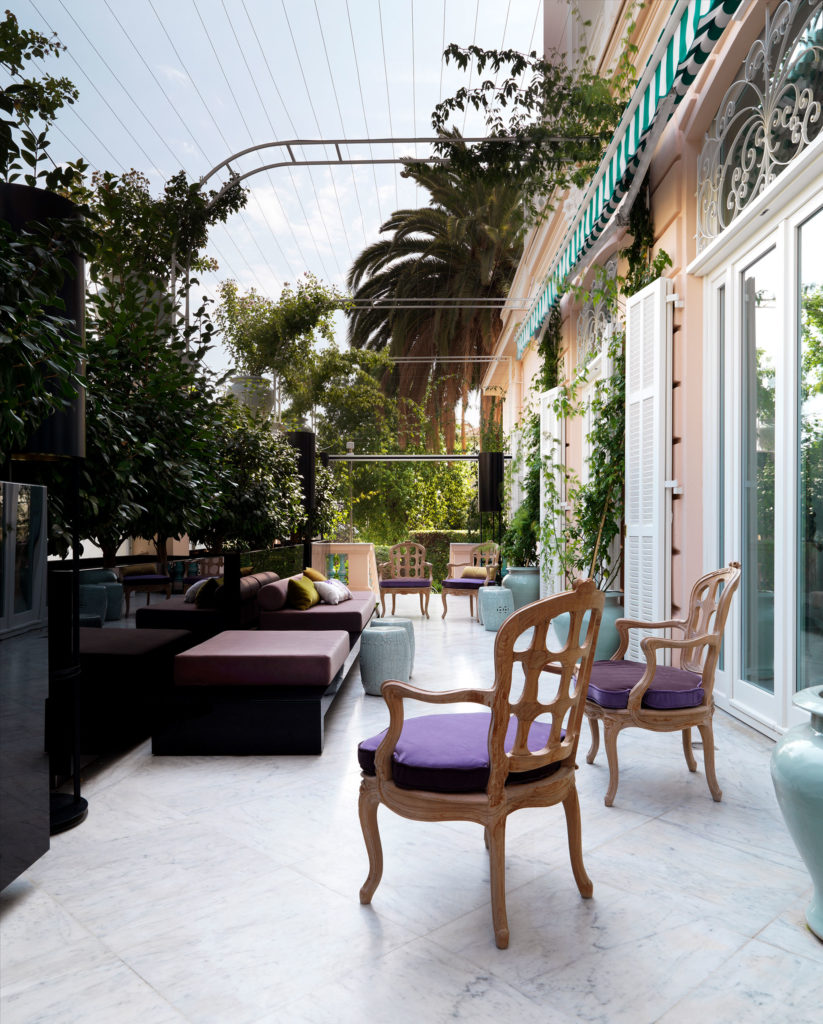 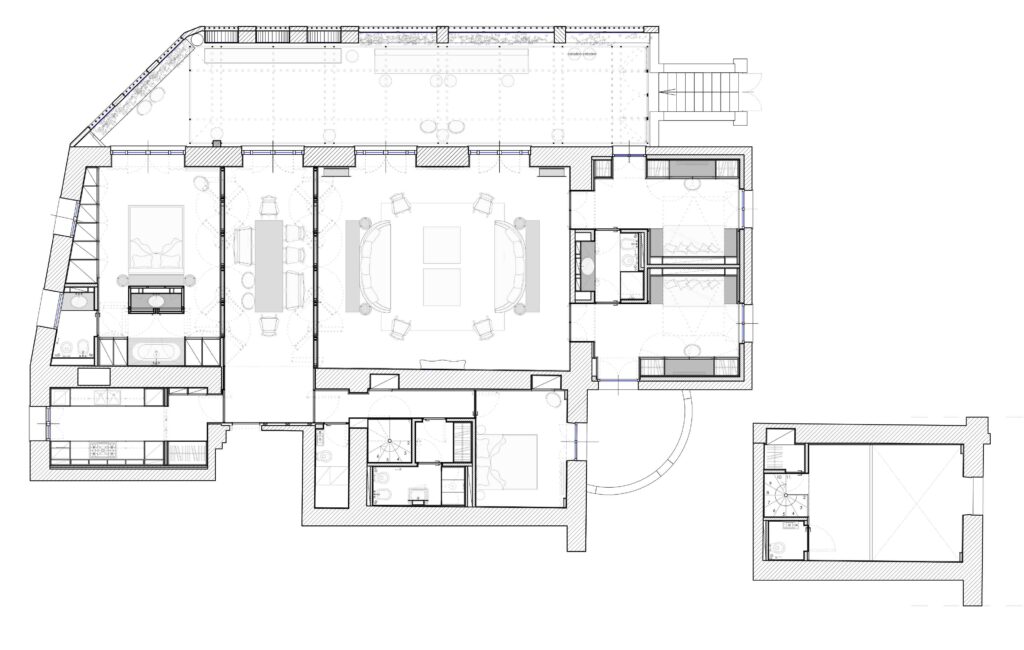