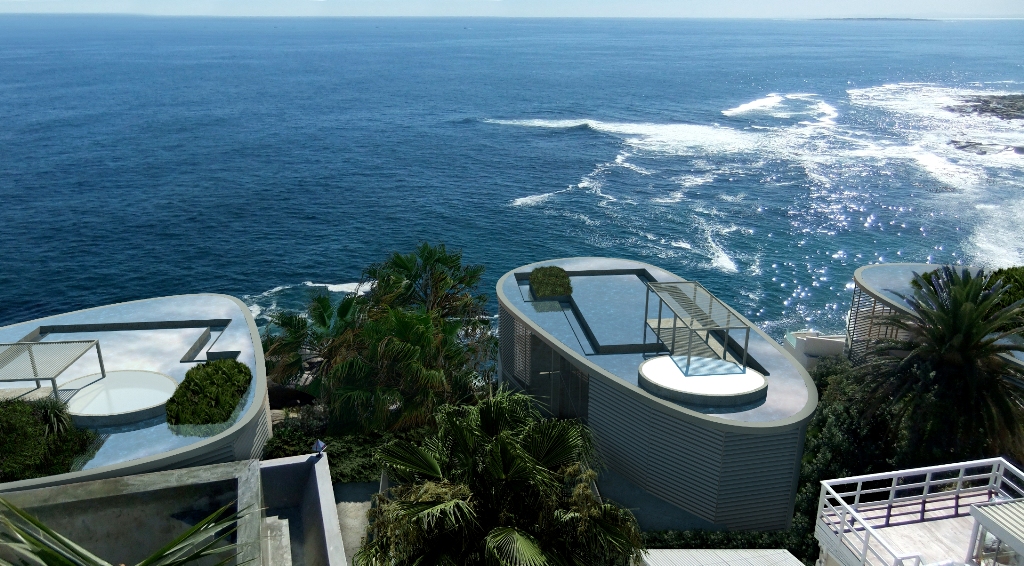 This project developed after one of the office’s long-standing clients purchased three lots with three villas, expressing an intention to create a compound of homes for himself and his friends. The buildings are connected by a continuous volume set into a sloping site that drops down to the sea, in one of the most panoramic positions in Cape Town. The plan of the buildings hinges around the recurring theme in the office’s work of the reconciliation between opposites: organic and rationalist forms. The result is an interior subdivided by linear and orthogonal walls cut by a free perimeter, a sort of deformed oval. The straight lines of the interior walls that meet at 90 degrees and the organic forms of the exterior envelope are connected by a system of terraces and balconies broadly exposed to the sun and wind. This condition generates the fundamental theme of the design of filters. The office thus proposed a system of brise-soleil: an initial system of fins, large adjustable venetian blinds that can be gathered up, serve as a screen between interior and exterior; a second diaphragm is placed on the balcony and serves as a perimeter skin-filter. Guests can choose whether to use the single or double screen, or nothing at all, ensuring unhindered ventilation and an unobstructed fluid view. These decisions also vary the perception of the overall structure, which resembles either an organic cocoon or a rationalist building. The office’s vast experience in nautical design offered a decisive input to the design of these shading devices, providing a wealth of innovative solutions.

Structurally the villas share a central core of stairs and elevators, composed as a sort of upside down umbrella whose depression defines the roof slab. This convexity is used to create a pool at the summit of the project. Thanks to its conformation as an inverted lens, the depth of the pool ranges from a few centimetres at the edge, to a maximum depth at the centre. The perimeter is marked by a system of pools designed as catchment basins that create the effect of an infinity edge: the water of the pool appears to blend with the blue of the sky and sea. The elimination of any parapets ensures a perfect continuity with the landscape. 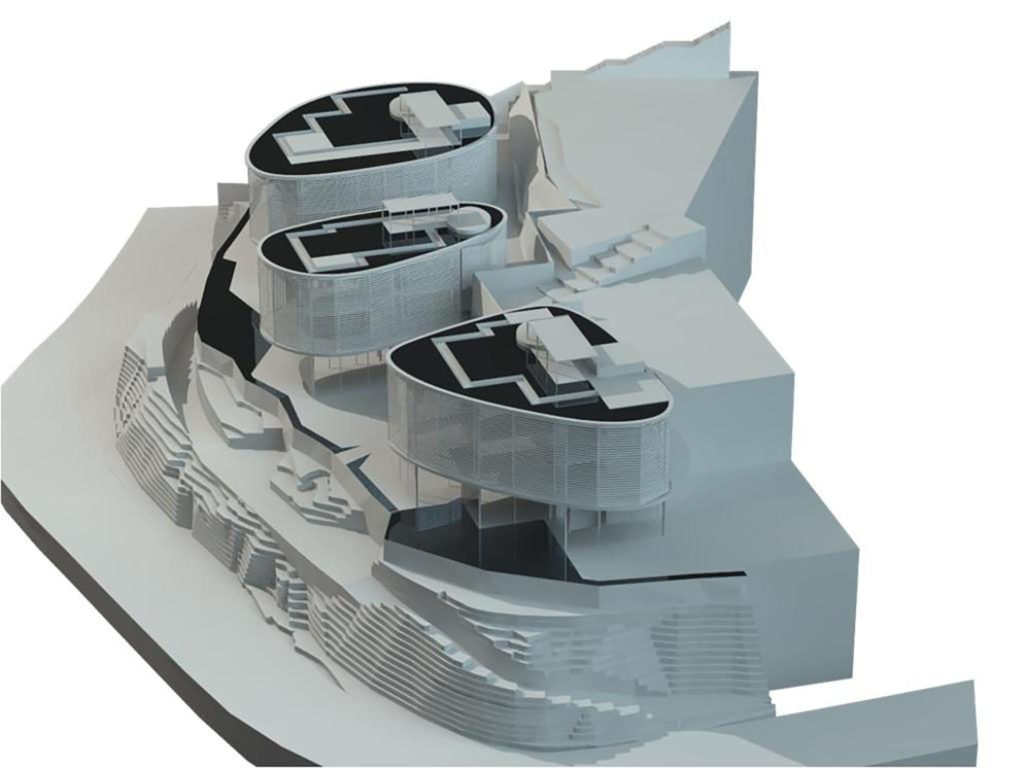 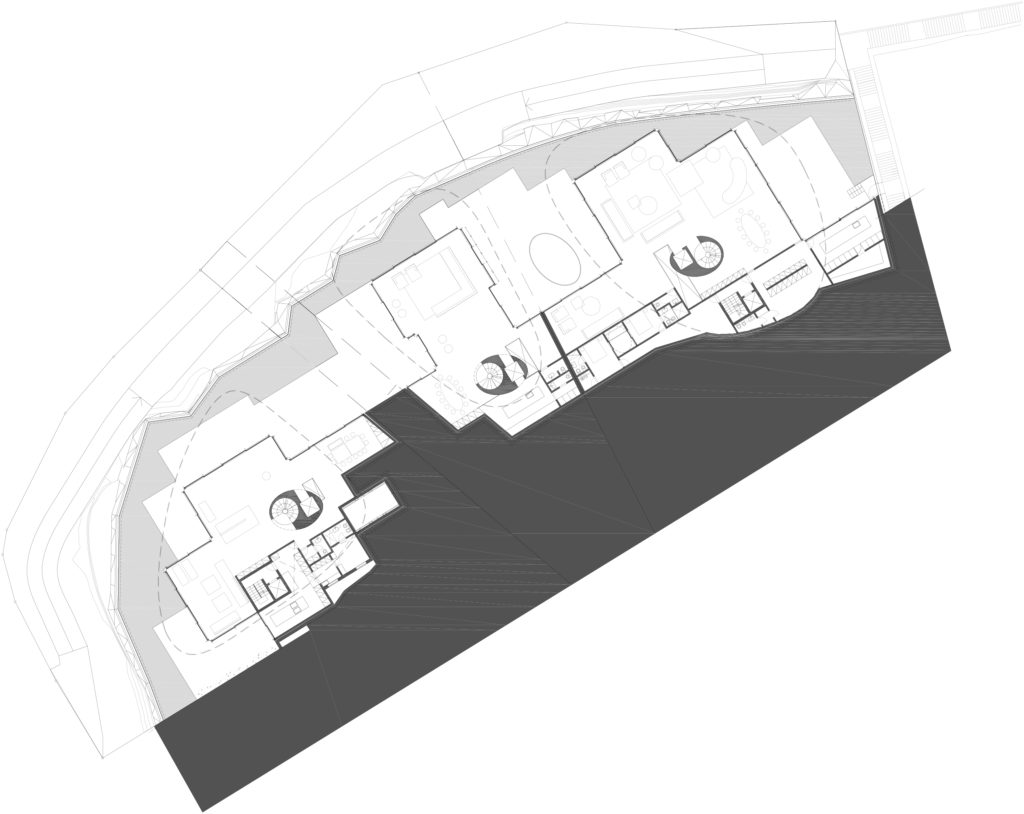 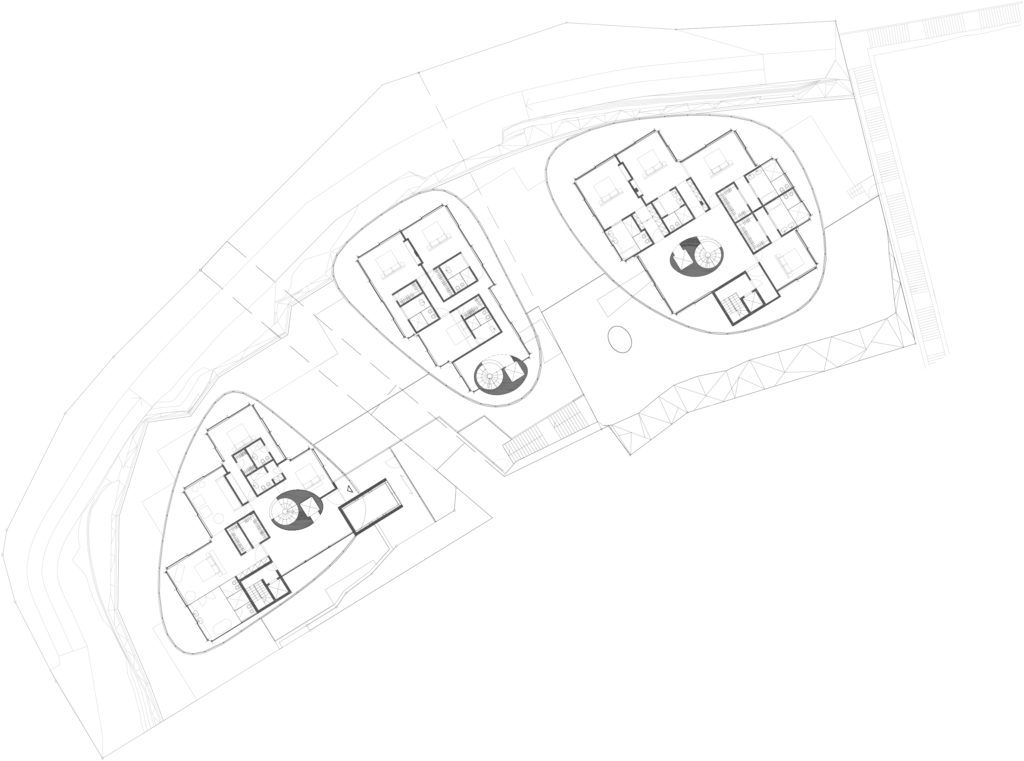