Villa in Sicily can be considered, years later, the founding project and a sort of manifesto of [LPA]. Built in the 90s, the project does not fit into the historical context but overlaps with it, making contemporary forms and genius loci coexist, with an approach that has been defined as “omnivorous minimalism”. Antique Sicilian furniture coexists with contemporary art and transformable furnishing elements designed by [LPA]. The restoration employs the ‘poor’ materials typical of the area, such as the soft limestone of Scicli, cut and worked by maestri d’ascia (stone carpenters), and pece, a typical asphalted sandstone that had fallen into disuse and rediscovered by the office to be used for all the paving with vibrant chromatic pattern.

One of the central themes of the project is the modulation of the intense Sicilian light. Tapered window openings, skylights and vertical cuts in the walls allow light to penetrate into the house, creating suggestive effects of reverberation. Together with the new stairwell, these openings generate a system of air currents inspired by ancient methods of natural ventilation typical of Arab-Norman architecture. This cooling system is completed by the “chamber of currents” on the terrace: a small work of architecture in steel and glass whose adjustable openings can be used to vent warm air from the house and draws fresh air from the patio to the north, where there is a pool of running water. At night, the process reverses, drawing in cool breezes from the sea. 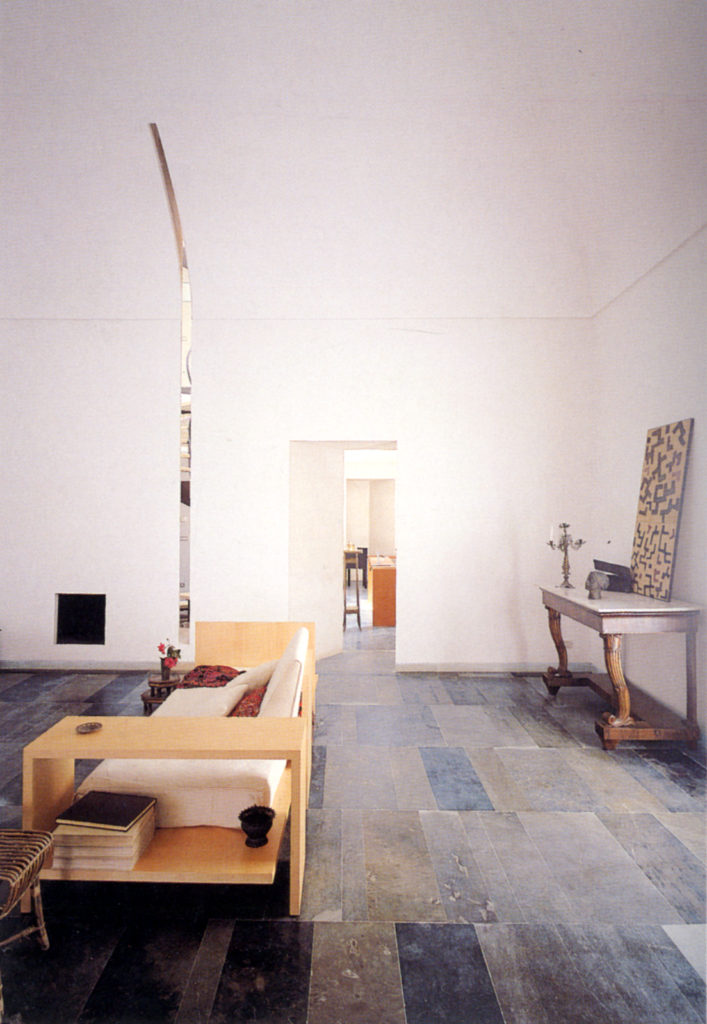 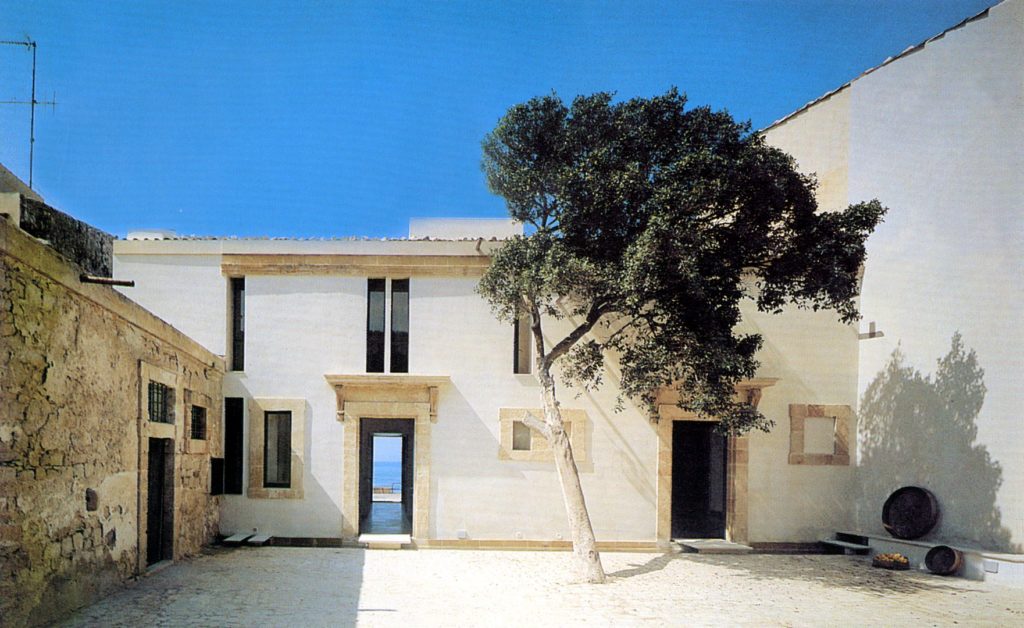 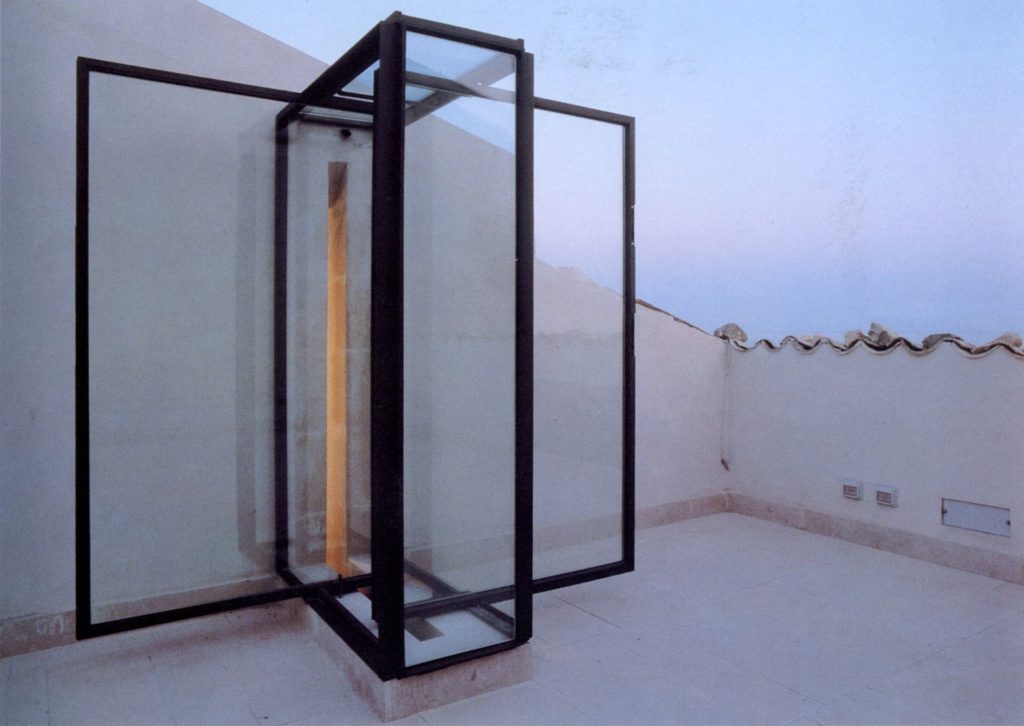 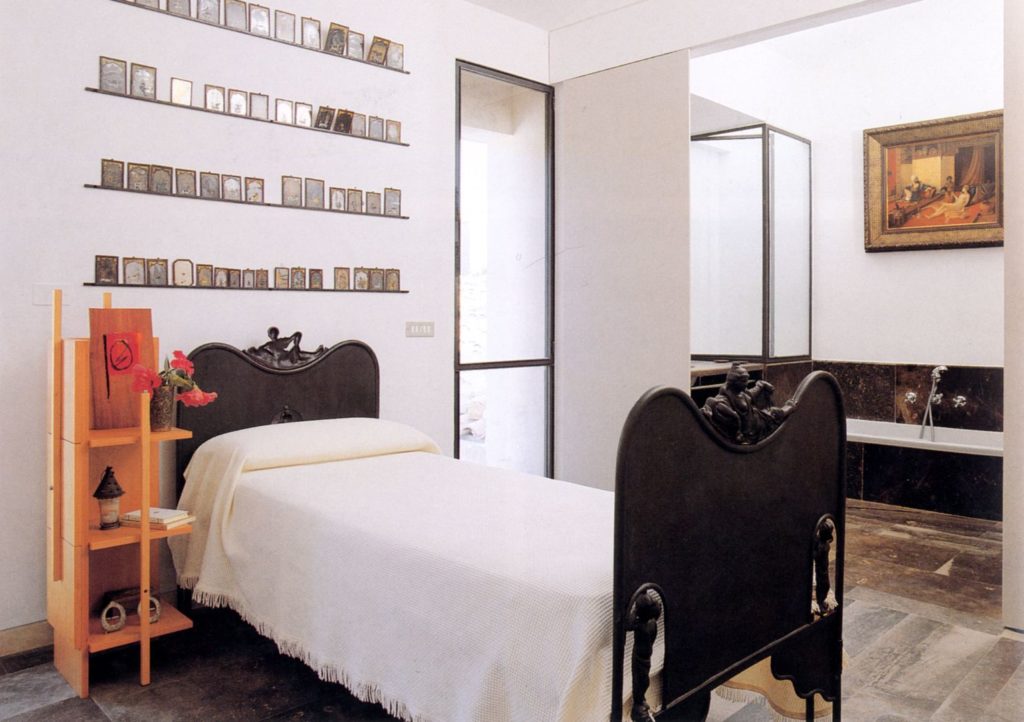 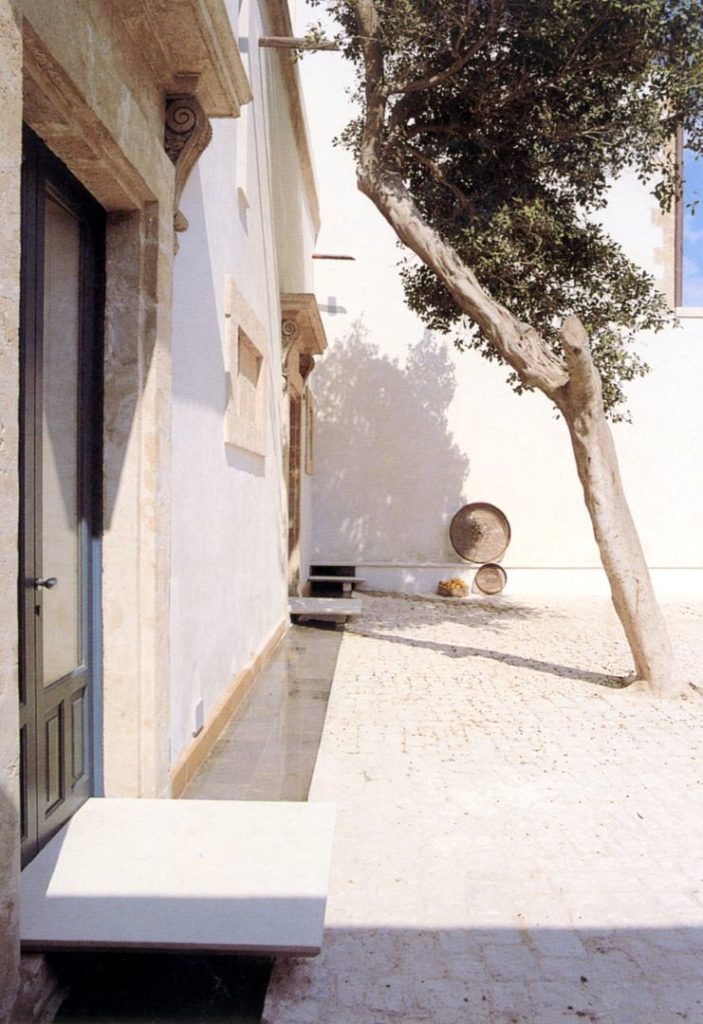 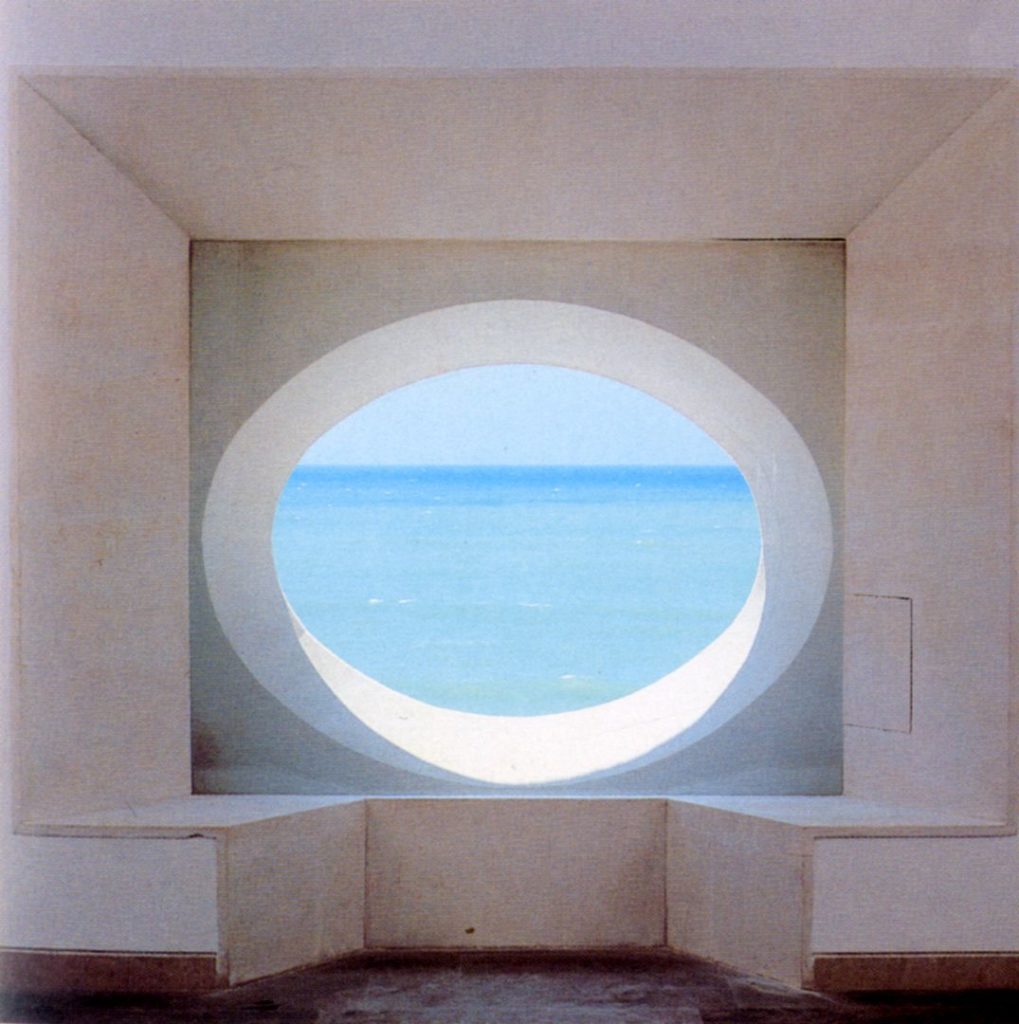 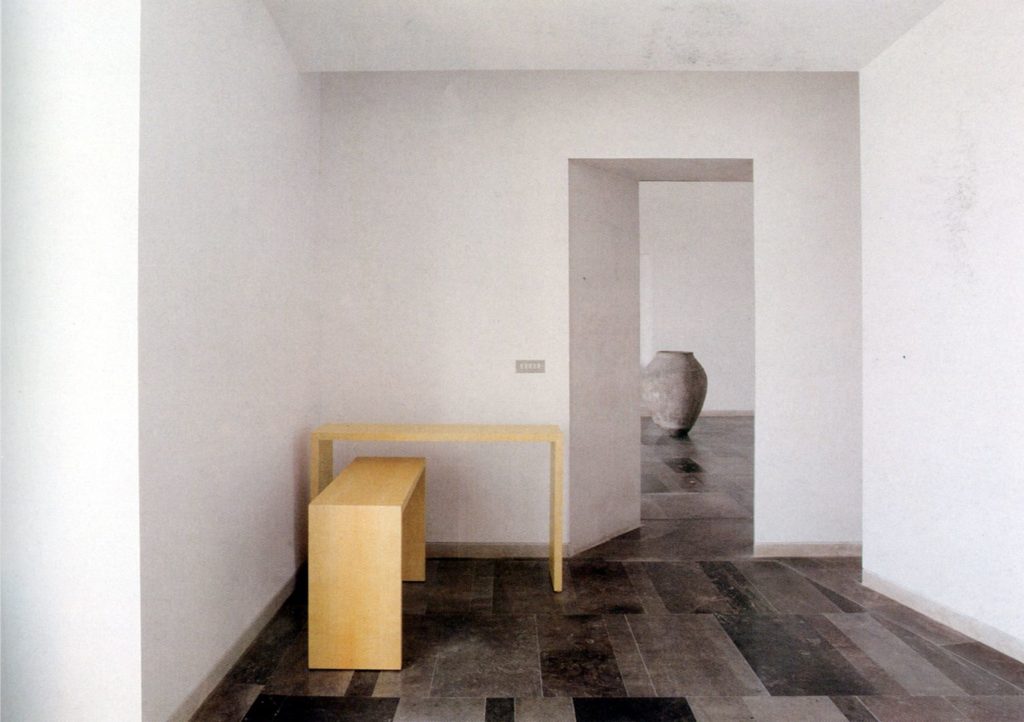